Taking a look at the award winners and other lists of honored films from 1931 is mostly underwhelming. RKO's Cimarron not only won the Academy Award for Best Picture that year, it also comfortably topped the year-end Film Daily poll and took home Photoplay's Gold Medal Award for the year. While the retroactive favorite for the best film of 1931 is Chaplin's City Lights, you don't have to look much further than the trade ad to the right to see how Cimarron best scored with contemporary viewers and critics.

Cimarron didn't just talk, it swept across time to tell an epic story in a way that other talkies just weren't doing yet. While the first craze for musicals died out with the 1920s what made the films of 1931 stand-out over those of 1930 were all of the new stars. They weren't yet in the best films very often, but they usually put a lot of effort into elevating titles that might otherwise be forgotten. As Film Daily pointed out in a year-end summary published Christmas Eve of that year, Hollywood continued to raid Broadway, but now the movies were scooping up young unknown theatrical talent on the cheap. Some would become legends.

Note: Click to enlarge any of the ads on this page.

Peeking inside a more mainstream publication, Photoplay published a feature that introduced several new film stars to their readers each issue. These lists caught my attention right from the start because of January's mind-blowing group: Humphrey Bogart, James Cagney and Spencer Tracy line that same page, with Genevieve Tobin and Monroe Owsley tossed in for for good measure. February saw Photoplay introduce Joan Blondell along with Evalyn Knapp and Warren Hymer. March brought Sylvia Sidney, Elissa Landi, Rose Hobart and C. Aubrey Smith. Clark Gable highlights April. May boasted Glenda Farrell, Wynne Gibson, Sidney Fox, Lilian Bond and young Ray Milland. Bette Davis and George Brent are co-billed in June, a month which also saw Guy Kibbee come west from Broadway. For some reason Photoplay did away with the feature after the June issue, but other actors found themselves full-fledged movie stars before the year was out as well: Miriam Hopkins, Tallulah Bankhead, James Dunn, Joel McCrea and young Jackie Cooper, who drew an Academy Award nomination for Skippy prior to posting an even more memorable appearance in The Champ, which would earn co-star Wallace Beery a share of the Best Actor award the following year. 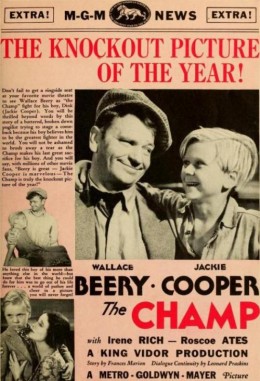 Along with that wealth of new talent Hollywood still boasted several holdovers, such as Beery, who had been on screen for years and had been stars of the Silent Screen. Beery was one of the most unlikely stars of the period, enjoying his greatest success in over a decade with MGM, a peak of stardom he shared with an even more unlikely stage and screen veteran, Marie Dressler. She spent 1931 alongside past co-star Polly Moran in another pair for MGM, Reducing and Politics.

What originally attracted me to 1931 were the various movie cycles that steamrolled across the calendar, each new release seemingly topping what came before it in terms of quality, especially quality of dialogue and just as often the improved pace of action. Perhaps no two movies are more associated with 1931 than Universal's twin horror classics, Dracula and Frankenstein, but after poring over all of the releases of that year they just didn't have a lot of company yet.

While it was a strong year for movies about the newspaper business, with entries such as Paramount's Scandal Sheet and Warner's Five Star Final, the top newspaper film was Lewis Milestone's production of The Front Page for United Artists. It wound up being one of the four nominated films that Cimarron beat out for that Academy Award, and it's the pick that most catches the eye when looking over those 1931 nominees today. Over at Film Daily, The Front Page finished just a couple of dozen votes ahead of Five Star Final for the year's sixth best film on their chart.

But it was the gangster cycle which roared through 1931 producing more high quality movies than the other groupings and claiming its own pair of classics, Little Caesar and The Public Enemy, in the process. Gangster movies had been popular long before talkies, though Warner Bros. latest pair more immediately spun from their own The Doorway to Hell the previous Fall. A sentimental favorite came in the Summer of '31 when Little Caesar's Edward G. Robinson starred in Smart Money for the studio with The Public Enemy's James Cagney cast as his underling. Walter Huston tried to put gangsters away in The Star Witness before doing his best to hide his true occupation of crime boss from daughter Loretta Young in The Ruling Voice, though his best gangster movie came early the following year, back on the side of law and order for MGM in The Beast of the City.

MGM tried to go big into organized crime with The Secret Six in 1931, but despite an all-star cast including old-timers Beery and Lewis Stone with newcomers Clark Gable and Jean Harlow, it just didn't measure up to anything coming from Warner Bros. Gable, a reporter in The Secret Six, fared better as a criminal himself in titles such as A Free Soul and as the bootlegger in Dance, Fools, Dance with Joan Crawford. Most menacing of all, perhaps, for Gable in 1931 was his Nick the chauffeur in Night Nurse--for William A. Wellman at Warner Bros., of all places.

Paramount contributed a gem to the genre with City Streets, which saw hayseed Gary Cooper join the mob after girlfriend Sylvia Sidney has to serve time for protecting sleazy step-father Guy Kibbee. Plenty of menace from a surprisingly nasty Paul Lukas and good stuff from Wynne Gibson as his moll as well. Rouben Mamoulian directed this one adapted from Dashiell Hammett.

A Film Daily headline in July claimed "Gangster and Sexy Pictures Washed Up," but despite this poll of a hundred leading exhibitor leaders and theater owners, the gangster and sexy pictures kept on coming.

Switching to sex, no woman fell as hard or as often on screen as Barbara Stanwyck, who split her time between Warner Bros. and Columbia that year in Illicit, Ten Cents a Dance, Night Nurse and The Miracle Woman. Those last two films, Night Nurse for Warner Bros. and The Miracle Woman for Columbia, premiered a day apart on the calendar, August 7 and 8 that Summer. Is it possible to pack more of a wallop than that?

Constance Bennett and Helen Twelvetrees were playing similar parts at RKO, while Sally Eilers and Elissa Landi did so for Fox. Miriam Hopkins, Claudette Colbert, Kay Francis and Sylvia Sidney kept running into trouble for Paramount, as did Marlene Dietrich, who only appeared in one film that year, Dishonored for Josef von Sternberg. MGM boasted heavy-hitters Joan Crawford, Norma Shearer and Greta Garbo, who fell and rose right in the title of Susan Lenox (Her Fall and Rise) before finishing out the year as Mata Hari. 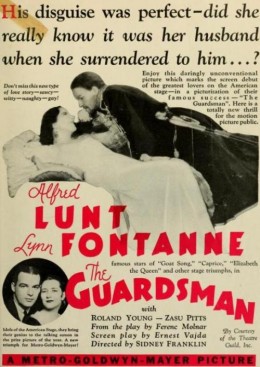 One and Done: Back to Broadway for Alfred Lunt and Lynn Fontanne.

One of MGM's coups from the stage was Helen Hayes, who was among the more experienced theatrical stars giving the screen a try in 1931. She immediately scored with her effort in The Sin of Madelon Claudet, which earned her the Academy Award for Best Actress the following year. Hayes is not one of my favorites, so I came away more impressed than expected upon watching this title recently. While Hayes seems to age fifty years over the twenty intended, she is stunning in her eventual fall from grace into prison and out onto the streets, where she practices petty thievery and prostitution to contribute to the future of her son, who believes she's dead.

Another trend for 1931 that I did not immediately notice was a movement away from remakes, as studios had been doing over several bought and paid for properties that had previously been made as silent films. Instead, freshly purchased literary properties were adapted for the screen. Several of the movies already mentioned began as novels or theatrical properties: Cimarron, Dracula, Frankenstein, Little Caesar originated in book form, while The Front Page most famously came from Broadway, along with another huge screen hit of 1931, Street Scene from United Artists. According to Film Daily over 150 books, modern and classic, were adapted for the screen in 1931. 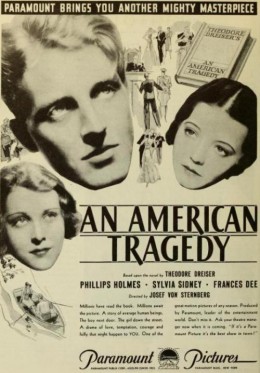 A favorite adaptation from 1931.

One of my favorite facets of films of this period is how they seem to grow so much in quality from one year to the next. The following year, 1932, happens to be my favorite year in movie history as there is another leap in quality of overall output. Talking films are better produced and that new crop of stars, so many who first made their mark in 1931, better perfect their screen acting while further honing their star qualities.

1931 stands as a true changing of the guard. Many silent stars survived: Garbo, Shearer, Crawford, Janet Gaynor, William Powell, Warner Baxter and Richard Dix, to name a handful. Others disappeared either into retirement or obscurity. Some of the holdovers would continue to have long careers, but they would share their fans and their billing with many of those newer names, such as Gable, Cagney and Tracy and Harlow, Stanwyck and Colbert.

Following is a list containing most of the key film releases by the major Hollywood studios for 1931. The date of release is typically the first date given on the IMDb with, for example, Dracula's February 12 New York premier taking precedence over its February 14 nationwide premier. The studio following each title in parenthesis is the distributing studio. For example, The Front Page was a Caddo Company production from Lewis Milestone that was released through United Artists. Most, but not all, First National films were released through parent company Warner Bros. 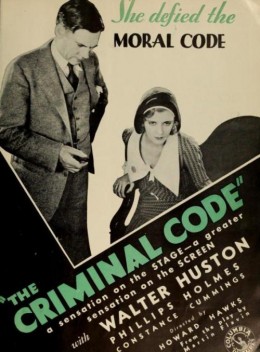 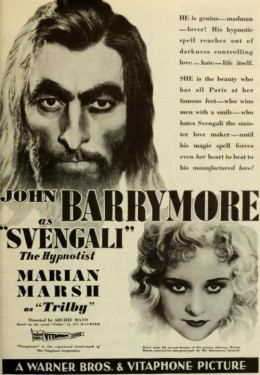