TCM’s annual “31 Days of Oscar” celebration has begun. Between February 1 and March 3, Turner Classic Movies plays 341 movies that were Academy Award winners or nominees in at least one category. As Robert Osborne notes in his introduction to the February edition of Now Playing, 31 of those titles were Best Picture winners. Throughout February many of those winners can be viewed side-by-side with the challenging nominees from that particular year.

With a handful of exceptions “31 Days of Oscar” recycles the same titles every year, shuffling the scheduling some because there’s no way you can see them all in any given month anyway. That repetition is the nature of this celebration. It is part of the reward of immortality that these films and personalities have won through Academy notice achieved at the time of their original run.

Some are the all-time classics you have seen several times. Others are the head-scratchers that make you wonder what they were thinking back in nineteen-thirty-something-or-other.

The one twist TCM provides to this feature each year is a programming theme that collects these titles into bite-sized groups. In 2014 those bites often develop into 24-hour feasts.

This year during primetime viewing hours TCM is showing clusters of movies that were each nominated for a specific category in a given year. So, for example, during the evening of Wednesday, February 19, you can see movies featuring each of the five Best Supporting Actor nominees from 1937 (Honored during the 1938 Awards Presentation).

When these tightly grouped primetime themes end by the next morning, TCM goes with a slightly looser daytime marathon. On February 12, for example, between 9:30 am and 8 pm, TCM plays five films boasting Best Supporting Actress nominees, but those titles were released and nominated in five different years.

Since "31 Days of Oscar" doesn't feature a whole lot of B-mysteries or forgotten pre-Codes, I'm going to preview the month by digging into my archives to point you to some of my past articles about and relating to some of the movies TCM is playing this month. There aren’t as many links as usual, as I do generally prefer to dig deep into those more obscure subjects, but it’s proof that I have probably covered at least a few movies that you may have actually seen before!

As mentioned above, on February 1, TCM plays each of the 1939 Best Picture nominees over a 24-hour period. John Ford’s Stagecoach plays at 2 pm EST. Of course, Gone With the Wind (10 pm EST) won the big Award that year, but Thomas Mitchell did win the Academy Award for Best Supporting Actor and Stagecoach earned an additional Oscar for its score. 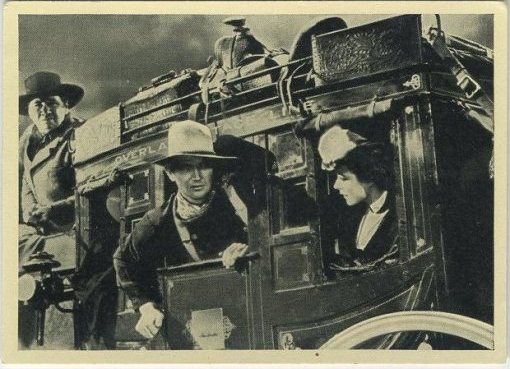 Sunday, February 2, features a scattershot grouping of Best Picture nominees throughout the day. Kings Row (1942) at 7:45 am is highly recommended.

Above: Charles Coburn and Ronald Reagan in Kings Row.

Primetime, Tuesday, February 4 highlights the Best Director nominees of 1932/33. I’ve covered the winner, Frank Lloyd’s Cavalcade (1933) in great detail--if you're a Downton Abbey fan, give this one a shot. It plays at 10 pm EST. Little Women follows at midnight. It’s a title I touched upon in a “First Impressions” post.

Above: Anne Baxter in The Razor's Edge

A general round-up of Best Actress nominees plays throughout the day of February 6. To my mind Joan Fontaine could have easily been a winner for her part in The Constant Nymph (1943). Jennifer Jones won that Award for her performance in The Song of Bernadette, which does not play during “31 Days of Oscar.”

Above: Charles Boyer and Joan Fontaine in The Constant Nymph.

A 24-hour marathon of the Best Picture nominees of 1936 begins at 8 pm EST on Sunday, February 9. It leads off with a title I’ve come to embrace much more than when I originally wrote about it, Dodsworth, at 8 pm. I recognized Walter Huston’s strong performance, doted on it even, but did not seem otherwise too impressed at the time. Dodsworth leads my list of posts that I’d like to one day rewrite.

That year's nominees continue the following morning with Paul Muni’s starring turn in The Story of Louis Pasteur (1935) playing at 6:30 am. It is followed by the classic Dickens’ adaptation A Tale of Two Cities (1935) at 8 am.

Above: Ronald Colman turns to Elizabeth Allan in A Tale of Two Cities.

Thursday, February 13 features the Best Actress nominees of 1942 in Prime Time. While I have not specifically covered Mrs. Miniver (10 pm), I did spend some time on star Greer Garson’s incredible Oscar run during this period.

Similarly, I have not written about All Quiet on the Western Front yet, but I did put together a few posts about actor Louis Wolheim, relevant since this is his best remembered role. The movie plays at 8 pm leading off a five movie grouping of 1929/30 Best Picture nominees on Saturday, February 15.

Above: Louis Wolheim in All Quiet on the Western Front.

It Happened One Night plays at 9:30 pm on Thursday, February 20, part of a four-movie grouping containing the Best Actress nominees from 1934. I’ve got a bit on that Best Actress, Claudette Colbert, here, and a more relevant piece on Best Actor Clark Gable and the undershirt here. 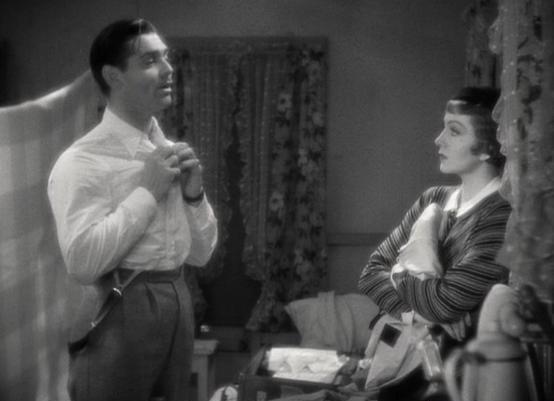 Above: Clark Gable shows Claudette Colbert how a man undresses in It Happened One Night.

The Best Supporting Actress nominees from 1941 are grouped during the evening of Wednesday, February 26, with John Ford’s How Green Was My Valley playing just after midnight, at 12:15 am EST.

Above: Donald Crisp and Roddy McDowall in How Green Was My Valley.

Movies featuring random year winners of the Best Actor award are shown throughout Friday, February 28, and that includes Charles Laughton’s superb portrayal of the King in The Private Life of Henry VIII (1933).

The Best Actor nominees from 1943 include a favorite, Mickey Rooney, in MGM’s adaptation of William Saroyan’s The Human Comedy (1943). It plays deep in the night, at 3 am, on February 28, an evening that leads off with Casablanca (1942) in the prime 8 pm time slot.

Mickey Rooney and Frank Morgan in The Human Comedy.

TCM plays a stunning 12-movie marathon of 1935 Best Picture nominees beginning at 8 pm on the evening of Sunday, March 2 and running through 8 pm the following evening. The grouping includes two of my all-time favorites, Captain Blood at 10:30 pm EST and David Copperfield at 4:30 am, later that night.

See other "31 Days of Oscar" previews gathered at the Speakeasy.

Mary Astor will be TCM’s Star of the Month for March.

I’ll be back with the February TCM Tally some time soon. Given the nature of the month this one tends to throw everything out of whack for awhile!