You are here: Home / Archives for Horror

Coverage of the Universal horror classic The Wolf Man (1941) including the emergence of its star Lon Chaney Jr. This article also covers the second wave of Universal horror releases and the timing of this particular release, five days after the attack upon Pearl Harbor. Previously published in Classic Movie Monthly #2.

One passenger drops after another in Terror Aboard (1933), Paramount’s pre-Code preview of the far-off slasher genre. An all-star cast of B-players is led by John Halliday in this tale of multiple murders at sea.

How Universal horror died in 1936, only to return after a Beverly Hills exhibitor paired Dracula and Frankenstein reissues at his theater in August 1938.

Universal casts Lon Chaney Jr in his first horror role, the exciting 59-minute thriller Man Made Monster starring Lionel Atwill as the man, and Chaney Jr as the monster. Includes a look at Chaney Jr’s career to date, and Atwill’s career thereafter.

A look at lost Universal horror film The Cat Creeps (1930) starring Helen Twelvetrees. Contemporary reaction. Piecing the lost film together from Boo! and various versions of The Cat and the Canary.

Brief look at Dr. Cyclops (1940) a sci-fi/horror blend from Paramount. Plays like ’50s science fiction, but a little slow in doing so. Albert Dekker stars.

A look at the very specific time and place of King Kong’s March 2, 1933 premiere at Radio City Music Hall and the Roxy in New York City.

Settling in for silent old dark house classic The Cat and the Canary (1927) starring Laura La Plante. Same story as the 1939 movie with Bob Hope, though the earlier movie is more thriller than comedy.

Universal’s 1932 horror adaptation of Edgar Allan Poe’s Murders in the Rue Morgue made quite a few changes, the best of which was inclusion of Dr. Mirakle, the villain played by Bela Lugosi. Lugosi covered extensively, plus comparisons of the story to the film, and an overall positive appraisal of the movie as it was made. Except for the ape. 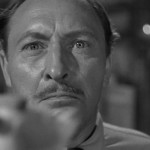 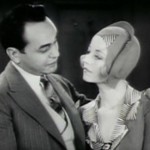