RKO Pathe’s The Tip-Off was one of several pre-Code era films aired during TCM coverage of Star of the Month Ginger Rogers in March 2010. Ginger was there all right, properly third billed behind Quillan and Robert Armstrong (Denham in King Kong [1933]), and definitely the talent your eyes stuck too whenever she moved across the screen.  In The Tip-Off Ginger has a touch of naughtiness about her, a lot more than we're used to seeing later in her career. 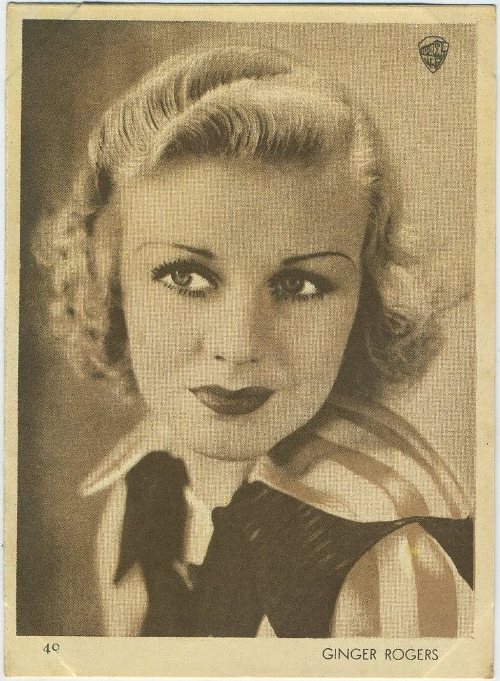 What I found most interesting about The Tip-Off was Eddie Quillan as the lead. Quillan came from show biz parents and performed on stage since the age of 7, eventually passing a screen test for Mack Sennett and appearing in a series of shorts before he’d even turned 20 years old. From that time Eddie Quillan regularly appeared on screens, both large and small, right through the late 1980’s, with his most visible performances being smaller roles such as the sympathetic mutineer Ellison in Mutiny on the Bounty (1935) and as Rose of Sharon’s frustrated husband, Connie, in The Grapes of Wrath (1940). Judging by his likable performance in The Tip-Off I’d imagine fresh faced Quillan was popular during this period for the college type roles William Haines had handled at the end of the silent era. I’d also guess that once you applied some age to his perpetually boyish features he was no longer suitable as a lead but perfect as the character actor he became. 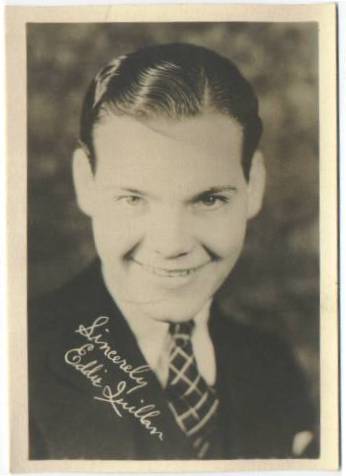 In The Tip-Off Eddie Quillan is Tommy, a kindhearted and extremely good humored young man who works as a radio repairman. He has a great scene to open the film where he sings to an adoring crowd in the storefront’s window only to be called away for a repair job. As he leaves the window he pulls the curtain back to reveal one of the latest contraptions of the day, what appears to have been a record player with magnified volume, signaling that he was only lip synching the tune that had captured everyone’s fancy. Rather than being annoyed the crowd laughs along with Tommy as he departs.

He’s whisked away blindfolded to a mysterious repair job that turns out to be in the home of contending fighter Kayo McClure (Armstrong). As Tommy follows the wires into a bedroom he’s distracted by a feminine voice and a view of a great pair of legs on the other side of the bed. It’s a flirtatious Ginger Rogers as Baby Face who entertains Tommy but peppers her conversation with warnings of Kayo’s jealous nature. This leads to another pretty funny scene with Tommy hiding under the bed when Kayo comes home and Baby Face alternating between sweet talking Kayo to get him out of the room and exploding in anger every so often because he’s so obstinate about staying. 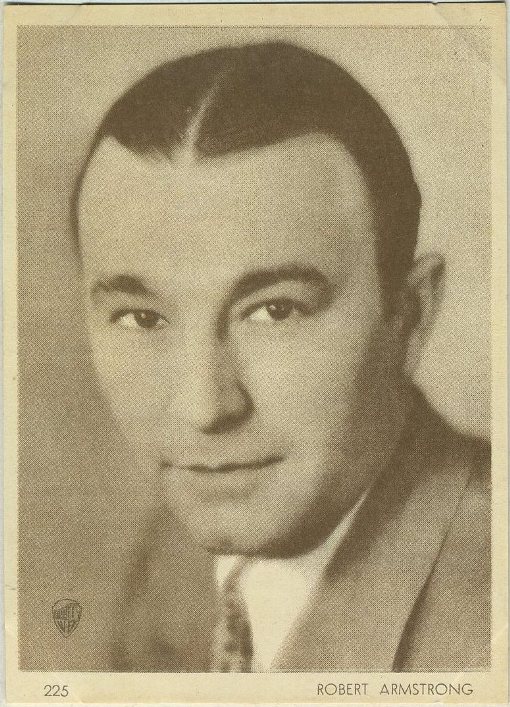 Not only does Tommy escape his precarious position but he also rescues Kayo from the group of gangsters who are trying to strong arm him after Kayo broke his contract with them. The group is led by Nick Vatelli (Ralf Harolde), who’s soon to figure a much bigger part in Tommy’s life than in Kayo’s. After Tommy’s ruse clears the apartment Kayo shows his appreciation with a gratis ticket to the welfare ball. The night of the dance Baby Face is on the scene dying to dance with Tommy, but Tommy runs away from her because he’s still scared of the potential fallout from Kayo. In his haste to escape the dangers of Kayo he accidentally causes himself much more trouble by insisting Vitelli’s girl, Edna Moreno (Joan Peers), dance with him. And no, it seems such a glaring oversight, but Ginger never gets to dance, with Quillan or anybody else, in this scene that I’d assumed had been tailor made for her. 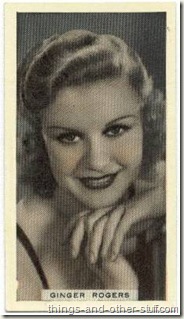 The Tip-Off is obviously no masterpiece, it’s an RKO quickie directed by Albert Rogell, but that doesn’t mean that it isn’t good fun! Silly in spots, but never really ridiculous, it’s a brisk paced comedy that never tries to make itself more important that it is.  Released late in 1931 it plays off the current trend of the gangster film, popularized earlier in the year by Warner’s pair of legendary releases Little Caesar and The Public Enemy, through it’s inclusion of Vitelli and his gang. The love story between Tommy and Edna falls a little flat, but that’s because Peers is a little flat. It’s difficult to tell in retrospect, but watching today I couldn’t help noticing Ginger Rogers obviously outshining Joan Peers and found myself rooting for a way for Ginger’s character to have an amiable parting with Kayo and wind up with Tommy, but that was not to be so.  That speaks well of Quillan’s Tommy as well.

Also of interest was the very small part of Kayo’s trainer, Swanky, played by Mike Donlin. The IMDb credits Donlin with over 60 film appearances including a handful in the late teens, the bulk between 1923 and his death in 1933 (with his final film, Swellhead, not released until 1935). Most of Donlin’s later roles were small parts that went uncredited and truth be told Swanky would have passed me by unnoticed if it had not been for my looking for Donlin from the time of the opening credits. He doesn’t do too much here.

What’s my curiosity with this bit player? Well, Mike Donlin was a big shot before he ever came to the screen. A career .333 hitter, Turkey Mike Donlin was a superstar (when he played) for the New York Giants at the turn of the century, nearly winning a batting title in 1903. Turkey Mike? According to baseball historian Michael Betzold’s detailed write-up of him in SABR’s Deadball Stars of the National League

“Because of his strutting walk and red neck, he was dubbed ‘Turkey’—a nickname he hated, but he had such a following that kids imitated his strut” (56).

Donlin hit over .300 in 10 of the 12 years he played ball and was a starting outfielder on Giants teams that took the National League pennant in 1904 and won the World Series in 1905.  After marrying Broadway star Mabel Hite, Donlin pressed the Giants for a higher salary the following the season and when he didn’t get it left the game for vaudeville where he performed with his wife. Donlin returned to the Giants the following season, 1908, and had a standout season finishing second in the league in batting, hits, RBIs and slugging percentage. Betzold writes that Donlin received a trophy from the New York Journal as New York’s most popular player—it was presented by Donlin’s friend John Barrymore, who’d later cast him in Raffles, the Amateur Cracksman (1917).

I'd recommend giving The Tip-Off a fair chance. If Quillan doesn’t make you smile in the opening scene you’re probably not going to like him, but then The Tip-Off remains an interesting Ginger Rogers curiosity piece. But I’m betting you smile. 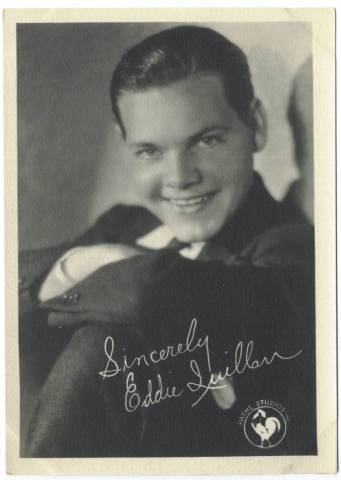