Classic Movie Daily subscribers will find images of Annette Kellerman and Janet Leigh inside today's issue, along with a few images related to today's television picks.

TCM spends the daytime schedule celebrating Janet Leigh with a schedule of seven movies playing between 7:00 am and 8:00 pm. I do like If Winter Comes (1948), but what a downer, and Holiday Affair (1949) is good too, but sorry, only in December. There's one title on today's schedule that I cautiously recommend, more as a curiosity for those who like later adaptations of the same source material, or for Errol Flynn fans who want to see him do something different. Very different.

—2:15 pm That Forsyte Woman (1949). I wrote about this MGM adaptation of the first slice of Galsworthy's Forsyte Saga back before I'd watched either the 1967 or 2002 television series or read any of the book. I've watched the '67 series a few times now, the '02 once, and read the part of the book this movie is based upon. This first sound adaptation casts Greer Garson as Irene, Errol Flynn as Soames, Robert Young as Philip Bosinney, Janet Leigh as June, and Walter Pidgeon as Young Jolyon, in a nearly two hour version of Galsworthy's first tale, The Man of Property. I still love what Errol Flynn gets to do here, and if you only know him for his action/adventure classics you'll want to check this out for a very different Flynn, but this version has become tougher to watch after falling for the '67 BBC series. That series has enough time over its 26 episodes to really establish the depth of character necessary for a saga. For example, my favorite character is Soames. He does some reprehensible things, especially to Irene, but over the course of the 26 episodes, which covers his entire adult life, you come to see many shades of his character. The movie correctly doesn't attempt that scope, but still feels long enough to me now that I'd rather take the two hours to watch some of Old Jolyon's later moments—I love that older generation! Anyway, all of this makes the perspective of my earlier post interesting, to me at least. It mostly wonders at Errol Flynn's unexpected versatility, and I think I liked the movie better back then when I watched it as MGM wanted me to watch it: without knowledge of what was to come in just another 18 years. Here it is again, if you'd like to check it out.

—8:00 pm - 3:30 am. It's the first of four Monday evenings given over to TCM Star of the Month Shirley Temple. The first few movies take a look at her breakthrough year of 1934, beginning with her loan to Paramount for their adaptation of Damon Runyon's Little Miss Marker (1934 - 8:00 pm). Great showcase for Adolphe Menjou, and one of only three features completed by Dorothy Dell before her tragic death—I have a biographical post about Dorothy Dell HERE that goes into detail about her brief life and career. Despite the painful enactments by Warren Hymer and John Kelly, who really destroy every bit of dialogue they're handed, this is my pick of the night, a real charmer that feels like what it is: half pre-Code gangster story/half Shirley Temple movie. I always love a nasty Charles Bickford too.

I covered Little Miss Marker along with the next couple of movies playing tonight, Now and Forever (1934 - 9:30 pm) and Bright Eyes (1934 - 11:00 pm), in one of two Shirley Temple posts written just after she passed away last year. You'll find that post HERE.

Now I know some of you are probably sneering at the idea of spending a too sugary evening with Shirley Temple, and I understand. She's not for everybody. The songs, such a huge part of her legacy, even grate on me. If you're kicking and screaming against these 7-1/2 hours, I recommend you come to Shirley as I finally did. Tune in for the supporting actors. I already mentioned Adolphe Menjou and Dorothy Dell in association with Little Miss Marker—and this is the most likely place you'll ever get to see the ridiculously talented Miss Dell, probably the only movie you'll see with her if you stick to TCM—and I doubt I have to sell Now and Forever too much, though it's much better for Gary Cooper fans than Carole Lombard fans. James Dunn and Judith Allen are a nice combo in Bright Eyes, though the real reason to tune into that one is to witness the astonishing brattiness of Shirley's peer, Jane Withers. Curly Top provides a nice example of John Boles doing what he does best and, unless I'm forgetting, he doesn't get anyone pregnant in this one! You also get a nice dose of Rochelle Hudson in Curly Top. Poor Little Rich Girl I shouldn't have to sell, you get a nice dose of Alice Faye and Jack Haley with a dash of Gloria Stuart, plus it's one of Shirley's best. Tune in for the support, be won over by the too cute kid.

—Early Tuesday morning — Without my Now Playing Guide Tuesday's daytime theme flies over my head (Never mind, I spotted it when I was setting up my DVR, Technicolor, of course!), but the day begins with a couple of silent films. At 6:00 am Anna May Wong stars in The Toll of the Sea, a 1922 film that I think marks the earliest thing I'll have seen Wong in (after I watch it). That one is followed at 7:00 am by The Viking with Donald Crisp and Pauline Starke. We get into talkies after that, but I'll be back with those details tomorrow. Again, not sure what TCM is up to on Tuesday, but I like it (TCM's page celebrating the 100th Anniversary of Technicolor).

—Yes, I'm back as planned. Unfortunately, I'm not done with the book yet, which amazes me. I put in as much time as I'd expected, and I even went dark on social media and ignored emails and blog comments for a few days (With apologies, but I'll get back to you all very soon!). But I'm still going.

The good news is, the end is near. I reached the surprisingly busy World War II-era of Helen Twelvetrees' life and career, the surprise coming because she appeared in her final film in 1939, so I'm well on my way to the finish line. Another surprise is the overall length of what I'm producing. The (currently) more polished "Films of" section runs about 25,000 words in current form, but for the first time I now expect the biographical section to run longer than that (I hit the 21k mark Sunday morning). Toss in my introduction, which I won't write until I finish everything else, and other front and back matter, plus the photos, and the final product will be comfortably book length. I guess that's why it's taking me so much longer than I had first planned!

—Okay, I fibbed about post that review of The Good Fairy last week. Look for it this week, probably after I get back in the groove of doing the Daily over the next few days.

—The big sale at my eBay Store continues. In fact, just about everything is on sale at the moment, the tail end of my 4th of July extravaganza, but the 10% off offers end Tuesday night. The rest of the items, most discounted 35-60%, are set to continue at those rates for awhile. In fact, since those are the goods I'm really trying to move, that portion of the sale may just continue through the entire Summer. Might not, but might. Right now those more steeply discounted items are set to remain on sale through July 15. You'll find all of my eBay sales items through THIS LINK

Talk to you tomorrow!
Cliff 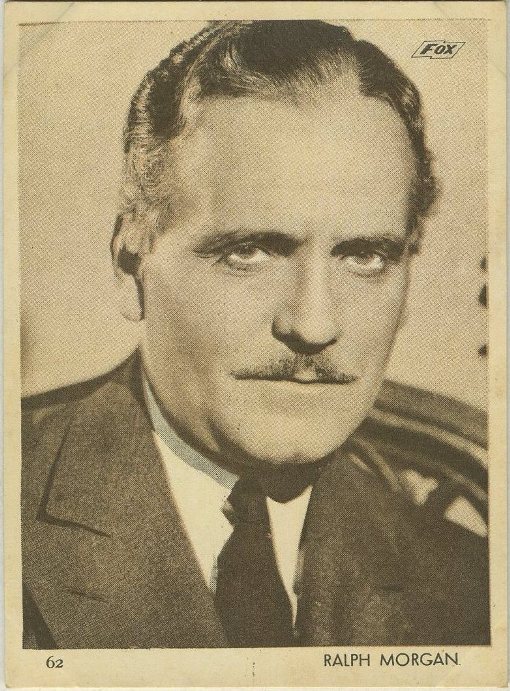 More Olivia de Havilland Friday Night Because, hey, you only turn a hundred once, right? Best Star of the Month … END_OF_DOCUMENT_TOKEN_TO_BE_REPLACED