Wow, has it really been 13 years since Titanic? I can recall the return to the screen of Gloria Stuart, then just 87, as both the most fascinating and most touching part of that sinking ship's dominance over late 90's pop culture. I mean, wow, she starred in both The Old Dark House and The Invisible Man, her appearance in the mega-successful Titanic really did bring a sliver of Hollywood's Golden Age back to the silver screen. Miss Stuart passed away yesterday at age 100.

Other classic film highlights include appearances in Roman Scandals (1933) starring Eddie Cantor, opposite Dick Powell in the popular Gold Diggers of 1935 (1935), as Warner Baxter's wife in The Prisoner of Shark Island (1936), two Shirley Temple films, Poor Little Rich Girl (1936) and Rebecca of Sunnybrook Farm (1938), and in the first film of The Whistler (1944) series starring Richard Dix.

Video clips celebrating the work of Gloria Stuart are all over the internet today, we'll celebrate her here the best way I know how: through a batch of vintage movie cards showing her during her Hollywood peak, the 1930's. Enjoy: 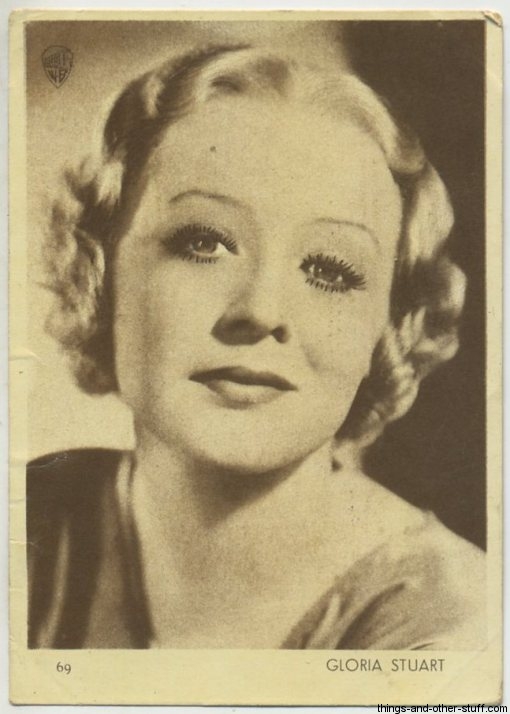 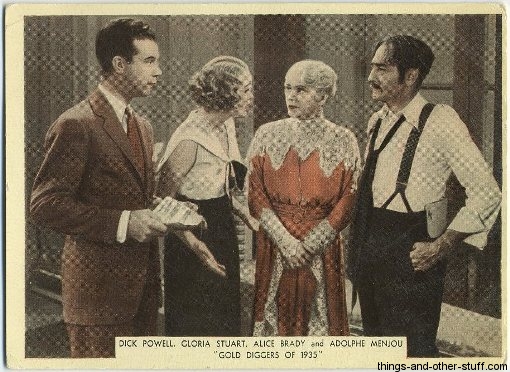 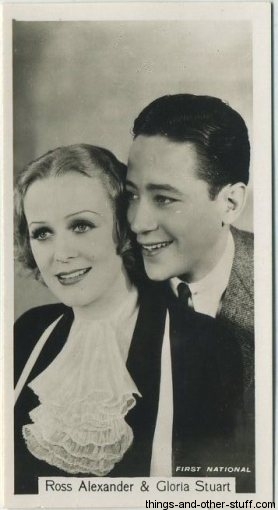 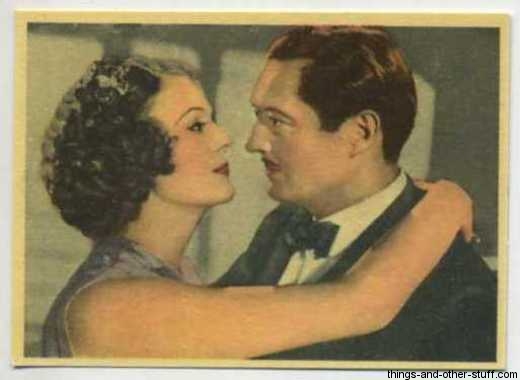 Entertainment Weekly linked to a nice gallery of photos featuring "Gloria Stuart Before 'Titanic'" on Life.com.