Classic Movie Daily subscribers will find images of Vera Steadman, Georgie Hale, and Martha Sleeper inside this issue—if you subscribed very early, you'll notice one of these is a repeat—plus an image of each star from today's sole TV recommendation.

—8:00 pm - Dames (1934) classic Warner Bros. musical with Busby Berkeley choreography and Warren & Dubin tunes like the title number, "The Girl at the Ironing Board," and the classic "I Only Have Eyes for You." Starring Joan Blondell, Dick Powell, Ruby Keeler, ZaSu Pitts, Guy Kibbee, and Hugh Herbert.

Following Dames TCM goes a total of 54-1/2 hours before airing any movies of the '30s, or any predating even 1944, until 4 am very late Thursday night, when Saratoga (1937) plays for the night owls.

It's not as though these 2-plus days are filled with '40s hits either (no, that follows on Friday for "Summer of Darkness"). Dames follows a daytime schedule of Montgomery Clift movies and is the only one of Guest Programmer Edgar Wright's selections falling outside of the 1970s (though I highly recommend his pick O Lucky Man!, one of my favorites from that decade). Daytime Wednesday TCM plays an Esther Williams marathon (why, I do not know), and then the Pin-Up Girls "Star of the Month" feature sticks in the '60s and '70s that night and the next morning.

"Summer of Darkness" begins to take on new meaning for my TV.

—Totally unplanned double-issue. I got a look at the TCM schedule and the birthday calendar and both felt light. I could use a day off, so I figured what the heck. This is so spur of the moment that if I realized it even yesterday, I would have saved the "Lightning Review" for today, to help better fill the issue. If you missed that, it covered Chinatown Nights (1929) in rapid-fire style and is here.

I could have probably called this a "triple issue" because I won't be recommending anything beyond Saratoga on Thursday anyway. But no, I'll be back to do that, and more, on Thursday.

—I spent about an hour and a half tonight gathering notes for the next full review, The Good Fairy. I'll probably give the movie a final view tomorrow night. Final view is where I take screen captures (usually 45-60, of which I select the best 8-12 to use in the review post) and jot down exact quotes and other notes from the movie. Usually it about doubles the running time on a film.

—After that it was on to the Twelvetrees biography for a few hours. Nothing unusual occurred during that writing session. The notes lined up properly and while I didn't quite get to connect tonight's new material to the Australian portion I had hoped to reach, I'm pretty close. Expecting to make the most of my night off from the Daily tomorrow with work on the book.

—Also hoping to use any extra time to launch some new eBay listings. The summertime sales doldrums have set in with some immediacy this year < insert second "Summer of Darkness" pun here, har, har, har! >.

I'll be listing some postcards to eBay on Tuesday and then will scan either some more still photos or a set of '37 John Sinclair cards that recently arrived. Whichever I scan, hopefully I have time to list them for sale on Wednesday. Speaking of sales, final bulletin on the current 25% offer follows:

I'll be honest, I'm absolutely exhausted, so I'm pretty happy the day off worked out this way. I promise I'll be back with my batteries charged come Thursday morning though! In the meantime, have a nice couple of days, and I'll talk to you later. 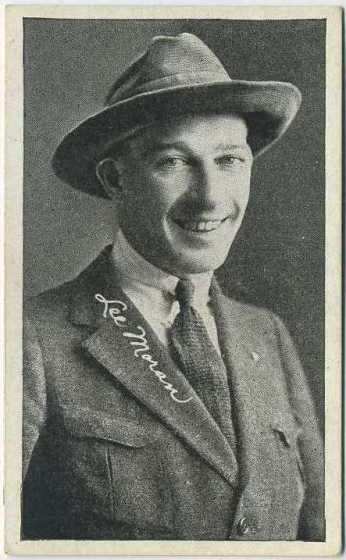 A menacing Irving Pichel with Lilyan Tashman in Murder by the Clock (1931).

Juanita Quigley billed as Baby Jane in Imitation of Life (1934) with Claudette Colbert.

More Olivia de Havilland Friday Night Because, hey, you only turn a hundred once, right? Best Star of the Month … END_OF_DOCUMENT_TOKEN_TO_BE_REPLACED