I wrote about the forced phenomenon of "Death in Threes" before, so I'll try not to repeat myself much here. That post came soon after a rash of Hollywood-related passings during mid-2012 and this post comes not too long after the too busy obituary season of late 2013 into early this year. The subject once again aroused my curiosity out of completely unrelated research, this time when I spotted an article about Robert Ames' death in a 1931 newspaper while mining background info for my recent Winner Take All post. 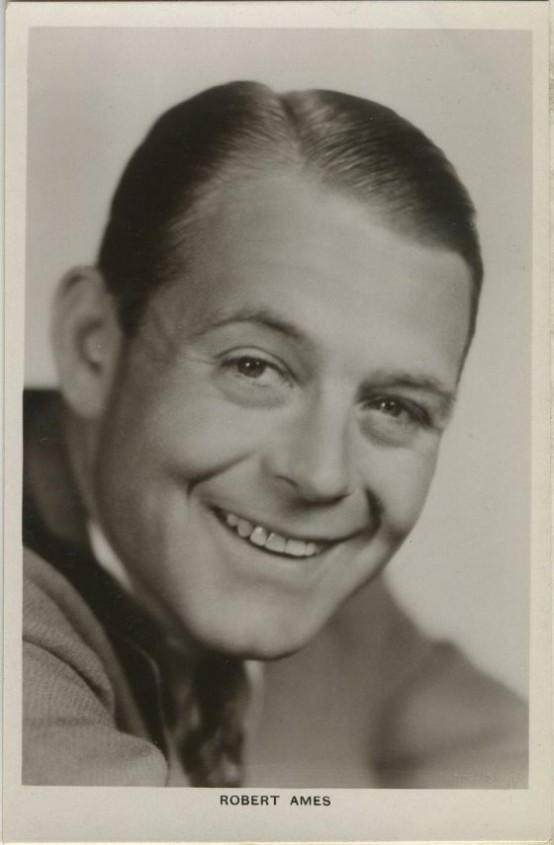 Ames has cropped up on Turner Classic Movies a lot this month. We've had opportunity to see the former RKO star alongside TCM Star of the Month Mary Astor in Smart Woman and Behind Office Doors and I came across his obit not long after seeing him in Three Who Loved during TCM's March 19 Betty Compson birthday schedule of movies. He's also in Millie, which I semi-recently wrote about. So even though Ames had no business interrupting what I was doing, having seen the obscure actor so much lately I couldn't look away once his name caught my eye:

I covered several trios of deaths from 1935 in my earlier "Death in Threes" post, but coming across the Ames grouping made me wonder about other movie-specific groupings.

While our morbid subject definitely loans itself to cases of the shivers I do believe we have a tie when it comes to creepiest reportage of a death trio. First, a familiar one to those who've read my Dorothy Dell biography:

Poor Dell had recently exploded to stardom in Little Miss Marker when she died tragically in a car wreck at just age 19, but why not spice up the headline a little, right?

Lilyan Tashman had died on March 21, 1934, but it was at the funeral of actor Lew Cody, who died over two months later, May 31, that Dell herself supposedly said: “They always say that when death comes to one actor it comes to two others before very long ... There was Lilyan Tashman, and now Lew Cody—I wonder who’ll be next.”

The following headline was served up by the Spokane Daily Chronicle on January 11, 1936 (page 9):

He was Harry Carr, a 58-year-old journalist who had begun his career at the Los Angeles Times in the late 1890s and actually wrote and appeared in a few silent films. Carr had died the day before the headline, January 10, 1936, the very date he was said to have written his last column for the Times, published on the 11th, in which he asked, “Death cuts down the famous by threes in Hollywood—Thelma Todd, John Gilbert and quien sabe (who knows)?”

Todd had died December 10, 1935 and Gilbert just before Carr, January 9, 1936. Given the status of the two film stars who preceded him, I'd like to think a friend was doing a Harry Carr a favor and that the headline would have made him smile.

If any period could compare to December 2013 it would have to be April 1975 when Richard Conte extended the normal trio to four major Hollywood deaths in just six days!

Richard Conte died on April 15, 1975 and had been preceded by a pretty notable trio: Character actress Marjorie Main on April 10; Larry Parks, who had starred in The Jolson Story (1946) and Jolson Sings Again (1949) on April 13; and two-time Academy Award winner for Best Actor, Fredric March, on April 15.

I took a quick glance at a few of the Fredric March obituaries and, in an interesting "Death in Threes" aside, there was no mention of either Main or Parks in his write-ups. I guess no gimmickry required in reporting the death of a star of his magnitude.

That set everyone on edge when recording artist Buddy Clark died in a plane crash, October 1, 1949:

“Now everybody in the business who owns up to a heart murmur or an ulcer figures Clark’s violent death started a new cycle.”

I'll go ahead and invent an unreported trio for Clark to be a part of, grouping him with director Elmer Clifton (October 15) and actor Craig Reynolds (October 22). That wasn't too hard.

You can really stretch status, occupation and timeline to make these groupings seem as random as they actually are. Still, it is interesting to see when and how the period press would group our dearly departed stars together. Other trios I bumped into:

The above headline linked the August 5, 1955 deaths of Carmen Miranda and Suzan Ball, reported as being 12 hours apart, with the death of Robert Francis, star of The Caine Mutiny (1954), who died in a plane crash on July 31.

I found this tucked inside Wayne Morris' obituary a few years later:

You might snicker at some of the groups and find it a stretch to list Darla Hood alongside John Wayne or Sebastian Cabot with Elvis, but when these personalities passed away people were just as likely to utter their names within the same sentence as we did Joan Fontaine and Peter O'Toole with predecessors Eleanor Parker and Audrey Totter late last year, or Andy Griffith, Ernest Borgnine and Celeste Holm the year before.

In truth these groupings are often haphazard (Hollerman also mentioned tightly timed but otherwise loose trios of Ross Martin-Allen Ludden-Harry Chapin in 1981 and Dorothy Stratten-Gower Champion-Sam Levenson in 1980) beyond their occurrence in our own particular time and place. Personally, I think I find them interesting in retrospect for the very reason that it is a way to group together like personalities who aren't otherwise typically associated with one another.

We're often saddened by the loss of our favorite stars but, no matter their age or how distant their contribution, seemingly silly connections such as the dark tradition of "Death in Threes" do have a way of keeping us talking about them and remembering them in social settings, online and off.