She had been promoted under a few other names before Marian Marsh burst upon the scene as John Barrymore’s handpicked Trilby in 1931’s Svengali. There was no doubt that the 17-year-old was a looker, immediately drawing comparisons to Barrymore’s wife at the time, Dolores Costello, who was considered one of the most beautiful women in the world. But it was also plain to see that the young actress was green. She rose to stardom based on her beauty and was cast off when the talent seemingly failed to match.

But Marian Marsh continued working in Europe before returning home to impress in the Monogram release A Girl of the Limberlost. She earned a new contract from Columbia and embarked on a comeback. She was still only 21.

She played Sonya in Josef von Sternberg’s Crime and Punishment (1935) for Columbia, the director hoping to use the film to launch Marsh as the next Dietrich. He would not succeed. By the early ‘40s Marian Marsh was wrapping up her film career back on poverty row. Still gorgeous, and just 28, Marian Marsh appeared in her final feature, House of Errors starring Harry Langdon for PRC, in 1942.

She was born Violet Ethelred Krauth in Trinidad in the West Indies, October 17, 1913. Her father, Leo Krauth, was a German-born chocolate manufacturer who moved the family to Boston after the first World War killed his business. Her older sister, Jean, won a beauty contest that led her to the screen and the family to Southern California. Sister Jean enjoyed early success for F.B.O. under the name of Jeanne Morgan before working the bulk of her career as Jean Fenwick.

In early 1929 Jean’s sister Violet was signed by Pathe and, under the name Violet Adams, put into the studio’s training program alongside another up and comer, Lew Ayres, and, according to some reports, Carole Lombard. Violet Adams quickly became Marilyn Morgan, using the same surname as sister Jean, sometime between February and March of that year. I actually spotted a pair of syndicated stories about her, dated a month apart, which were identical except for her stage name--one article called her Violet Adams, the other Marilyn Morgan.

As Marilyn Morgan she had a bit part selling kisses in the blockbuster Hell’s Angels (1930). It seems to have done little more than introduce her to Howard Hughes. She was often spotted on the town at Hughes’ side, though later Marian Marsh denied there ever being any romance between her and the eccentric Hughes.

Sister Jean got her a part in Whoopee! (1930) starring Eddie Cantor. “As Marian grew older,” Jean said, “I believed she’d be the family’s best bet, so I concentrated on her” (Keavy). It should be noted that both Krauth brothers tried Hollywood as well, with Anthony having a long career in bit roles.

Pathe was paying Marilyn Morgan $35 per week, but released her from her contract rather than bumping her up to $50. Still Marilyn Morgan, her two lines in Whoopee! had caught the attention of an agent who sold her to Warner Brothers where she would become Marian Marsh and gain the major role of Trilby in Svengali opposite John Barrymore. “Gee, it was great for her to play opposite Barrymore in her first picture,” said Jean. “And she’s going to be in another with him.” That would be The Mad Genius, later in 1931.

“If it hadn’t been for her,” Marian said of Jean, “I probably would still be in high school. She’s a swell manager” (Keavy).

Marian was named a WAMPAS Baby Star of 1931 in August of that year, before her second feature at Warner Brothers had even released. She was featured in a strong class that included stars such as Joan Blondell, Constance Cummings, Rochelle Hudson, Sidney Fox and Frances Dee.

In between the Barrymore films Marian Marsh had a leading role in Five Star Final (1931) which gave her a plum scene with Edward G. Robinson at the climax. While Marian may go a bit overboard once her voice reaches a certain pitch, I just watched this scene earlier tonight and still got goosebumps when she demanded to know of Robinson—and Boris Karloff—”Why did you kill my mother?”

She next appeared opposite William Powell in The Road to Singapore (1931) and had the lead in Under Eighteen (1931) which saw her fighting the temptation of playboy Warren William to remain with grocery truck driver Regis Toomey. Alias the Doctor (1932) with Richard Barthelmess was a bit of a misstep—the movie is all Barthelmess, but I would argue Marian Marsh may have had her finest moment paired more equally with William this time in Beauty and the Boss (1932).

In Beauty and the Boss her poor little church mouse comes to big bad William with empty stomach demanding a job. Marian’s mouse sheds her frumpy exterior and falls in love with the boss while acting as his taskmaster secretary. William and Marsh have wonderful chemistry together, it’s a shame they didn’t get to do more.

Marian Marsh and Warren William in Beauty and the Boss (1932)

But after Beauty and the Boss Marian Marsh seems to have fallen out of favor with Warner Brothers. She received strong notices working for Allied in The Eleventh Commandment in early 1933, but a note in the March 4, 1933 edition of the Hollywood Reporter states that she had cut ties with the Selznick-Joyce agency and no longer had representation in Hollywood.

In 1934 she traveled to Europe with her mother and sister and made two films in England, Over the Garden Wall and Love at Second Sight, plus one more in Switzerland, The Prodigal Son for Luis Trenker, who also starred.

“My advice to any screen person who is given too many small and insignificant roles is to chuck Hollywood and to go abroad for some film work,” said Marian of the experience. “Hollywood always rediscovers one who makes good in England or on the continent. Besides, it is a remarkable experience” (Dietz).

Returning to America she starred in A Girl of the Limberlost and as reported by famed columnist Louella Parsons: “Scouts from all the studios saw her and couldn’t believe that the little girl who had been so obviously amateurish when she played opposite John Barrymore in ‘Trilby’ had developed into such a finished young actress.”

Columbia signed Marian to a five year contract that she began with In Spite of Danger as love interest to a former race car driver played by Wallace Ford. Next she was the Unknown Woman of the title opposite Richard Cromwell, before scoring a bit of immortality, by virtue of her co-star, Boris Karloff, in The Black Room (1935).

But it was with her casting in Crime and Punishment (1935) that gave Marsh her greatest round of publicity since Svengali. The movie flopped and Marsh fared poorly on a personal level as well. Nonetheless I thought her Sonya was one of her better performances, right up there with Beauty and the Boss.

She breaks our hearts and wins us over right away when dealing with the ill-fated pawnbroker (Mrs. Patrick Campbell) and Peter Lorre’s Raskolnikov can’t help but to take notice either. Later she charms us with her naivete when Edward Arnold’s Inspector grills her and wraps up the film clinging to her Bible on an emotional roller coaster tied to Lorre’s fate. I can only guess that the movie may have been too ambitious as a whole for audiences at that time. 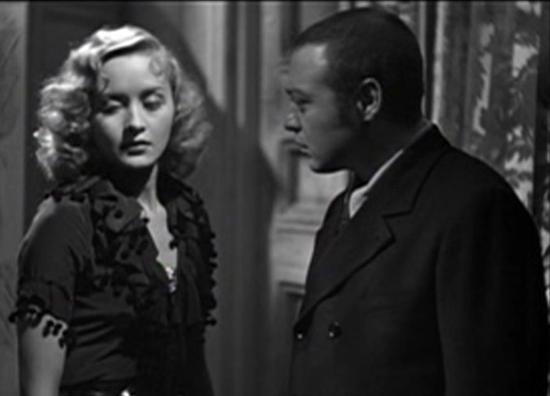 Marian Marsh and Peter Lorre in Crime and Punishment (1935)

The same praise can't be handed out for the later The Man Who Lived Twice (1936), an otherwise wonderful Columbia B starring Ralph Bellamy as a gangster cured by Thurston Hall’s experimental medical methods. Also featuring Isabel Jewell and Ward Bond, everybody in The Man Who Lived Twice is wonderful, helping to elevate the film into a bizarre bit of fun. Everyone except Marian, whose part doesn’t call for much, nor does she give it.

After Come Closer Folks (1936) with James Dunn she left Columbia. She played in films opposite Joe E. Brown, Akim Tamiroff, and Van Heflin. She appeared in movies from Republic and Monogram and even a few smaller outfits, plus two more for Columbia, Missing Daughters (1939) with Richard Arlen and Rochelle Hudson and Fugitive from a Prison Camp (1940) with Jack Holt.

I watched one of her Republic films, Youth on Parole (1937), earlier tonight and was more impressed than I had expected to be. 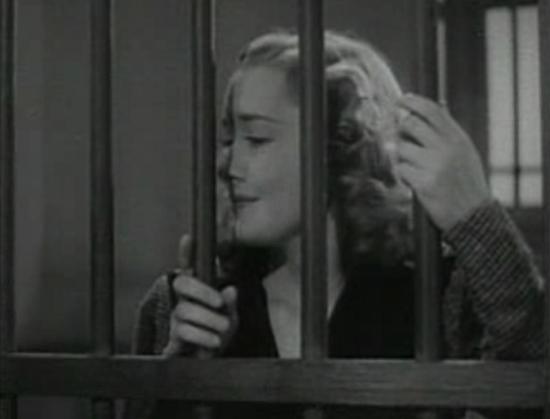 Marian falls in love with a very bland Gordon Oliver after both are framed in a robbery and each serves 18 months in prison. They struggle for acceptance in the outside world before finally trying to clear their names. Marian, still just a few weeks shy of her 24th birthday is, if anything, more beautiful than she was during her pre-code hey day. She’s not called upon to do anything special in Youth on Parole, but she’s a pro here and stands out far above leading man Oliver in her part. Other interesting casting includes former Our Gang member Mary Kornman all grown up as Marian’s snobby younger sister and Marx Brothers foil Margaret Dumont as the cheery landlady. 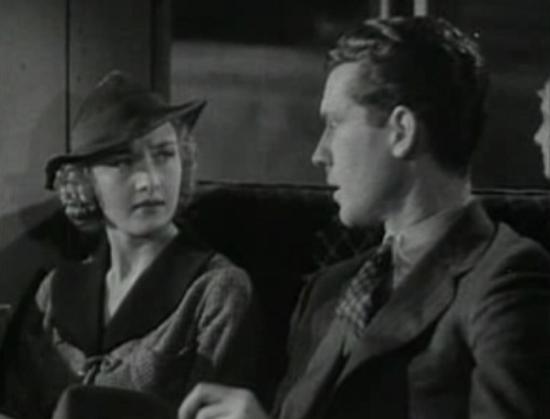 Marian Marsh and Gordon Oliver in Youth on Parole

In 1938 Marian married Colleen Moore’s ex-husband, stockbroker Albert P. Scott. They had two children and remained married until his death in 1956. Marian Marsh actually showed up on television a couple of times in the late '50s after Scott's death.

Later, perhaps hearkening back to her days with Howard Hughes, Marian married aviation pioneer Clifford W. Henderson, whom she had originally met back in the ‘30s. They married in 1960 and she once again survived her husband, who died in 1984. Henderson had been a developer who had founded Palm Desert where the couple settled and where Marian remained the rest of her days. Marian founded a conservation program called Desert Beautiful there during the 1960s.

Marian Marsh Henderson made it to age 93, passing away in Palm Desert, November 9, 2006.