You are here: Home / News - Notes / September 2012 TCM Preview – A Look Inside My Now Playing Guide 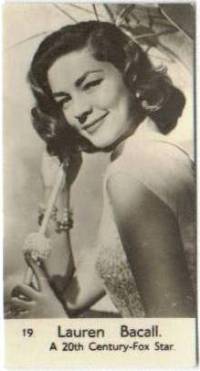 This should be our last TCM-centric post for a little while.

Back to the normal business of movie collectible galleries, the odd article about an old movie favorite and shared bits of trivia that stop me in my tracks when I come across them.

It was a busy August on the site which saw a record for new subscribers (Thank you and welcome!). September should give a better idea of how things usually work around here, I do hope you enjoy it.

But first, we have to preview Turner Classic Movies in September!

Most Exciting Day is self-explanatory. If you want me to recommend a sick day from work, it'll be that day! Top Pick being those I have seen and would push you down on my couch and force you to watch if you even hint that you haven't seen it! Most Wanted being those I have to the best of my knowledge never seen but will be sure to check out this month.

But perhaps the true highlight of TCM in September, and a list of films that is really going to throw our monthly tally out of whack down below, is the tribute to Mack Sennett. TCM airs 4 feature length films along with 83 (yes, EIGHTY-THREE) Sennett shorts on Thursday evenings throughout September. This amazing slate of early cinema kicks off with shorts released as early as 1909 on Thursday, September 6 and continues with shorts from throughout the teens through the 1920's and into the early 30's throughout the month. 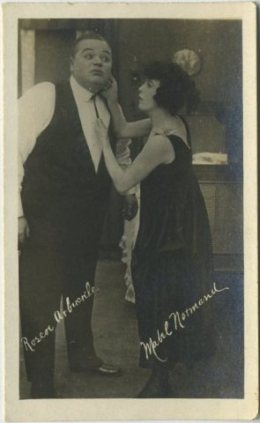 While Lauren Bacall graces the cover of September's Now Playing Guide, it could have just as easily been Roscoe Arbuckle and Mabel Normand!

On Monday, September 3, TCM does its annual 24 hour tribute to the Telluride Film Festival in which it airs some of the past honorees of the festival. To my mind the highlight of that day comes as the sun rises when TCM airs the 240 minute version of Erich Von Stroheim's classic Greed (1924) beginning at 6 am EST.

Other evening time features of interest on TCM throughout September include 5 starring Oscar Levant on September 1; 4 selected by guest programmer Regis Philbin on the 4th; 5 with choreography by Jack Cole on the 10th; 5 starring Cary Grant on the 11th; 3 based around Elizabeth I on the 14th; 5 with the theme of "Death Traps" ... including Sunrise (1927) ... on the 15th; 4 picked by Robert Osborne on the 17th; 4 starring Immortal Ephemera favorite Adolphe Menjou on the 21st; 5 set in Brooklyn on the 25th; 5 starring Ralph Richardson on the 29th; and 3 "Egyptian Antiquities" on the 30th including Universal horror classic The Mummy (1932).

Each of those evenings of themed programming begins at 8 pm EST. Here we prefer to focus on the wee hours of the evening and daylight hour programming that is so easy to overlook. DVR alerts abound in what follows because you're likely going to be fast asleep or busy at work when most of these air.

First though, a look at our Saturday morning double feature. After the (welcome) interuption of Summer Under the Stars TCM resets it's Saturday morning series programming and kicks off two fresh rounds of series features beginning right on September 1.

The 10:45 am Saturday time slot will be filled by entries from Columbia's 1940's The Whistler series featuring Richard Dix--sometime soon, hopefully by the middle of next week, I will have something special on the site for folks, like me, just discovering The Whistler for the first time. Following The Whistler each of September's five Saturday mornings will be entries from the Jungle Jim series featuring previous Summer Under the Star honoree Johnny Weissmuller.

An old favorite, the birthday themed day of programming returns September 4 when TCM programs 8 films from director Edward Dmytryk (born 1908) between 6 am and 7:30 pm EST. Noir classic Murder, My Sweet (1944) highlights the schedule at 10:30 am and is followed by John Wayne in Back to Bataan (1945) at a quarter past noon.

Elia Kazan was born on September 7 back in 1909 and so TCM airs 7 of his films between 6 am and 8 pm that Friday. Circle A Tree Grows in Brooklyn (1945) to start the day at 6 am as TCM doesn't show that Fox title very often to my recollection. Other favorites airing that day include, beginning at 11:30 am and running consecutively: A Streetcar Named Desire (1951); East of Eden (1955); Baby Doll (1956); and A Face in the Crowd (1957) starring the recently deceased Andy Griffith.

I couldn't spot the theme for September 11 but there's an interesting run of comedies airing including two of the Annabel movies starring Lucille Ball; personal favorite He Couldn't Say No (1938) with Frank McHugh in a rare leading role; the very interesting looking Fast Company (1938), which I haven't seen but stars Melvyn Douglas and Florence Rice along with site favorite Claire Dodd and other supporting talent including Louis Calhern, Nat Pendleton, Douglass Dumbrille, George Zucco, Minor Watson, Thurston Hall and Dwight Frye. That's quite a group! Later that same afternoon is Too Hot to Handle (1938) with Clark Gable and Myrna Loy; Four's a Crowd (1938) with Errol Flynn, Olivia de Havilland and Rosalind Russell; and Laurel and Hardy in Block-Heads (1938).

Strange day, but filled with goodies it would seem!

The following morning, September 12, is also interesting with Cecil B. DeMille's The Squaw Man (1931), starring Warner Baxter and Lupe Velez, on at 6 am; a Warren William appearance in Upperworld (1934) following at 8 (don't miss Warren singing "Who's Afraid of the Big Bad Wolf," in ridiculous costume, to Ginger Rogers!); and biopic A Dispatch from Reuters (1940) starring Edward G. Robinson at 9:30 am. The rest of the day fills out with interesting and unusual 1940's and 50's film choices as well.

A sea based theme on Friday, September 14 gives another opportunity to catch a very nasty Edward G. Robinson in Michael Curtiz' The Sea Wolf (1941) at 9:30 am.

It will feel like old times on Sunday morning, September 16, when TCM takes me back to the broadcast TV of my youth airing Universal horror classic Frankenstein (1931) at 10:30 am. The Lady Eve (1941) also airs early that afternoon.

I do want to call special attention to the evening of September 18 as well when TCM shows 7 early thirties titles from director Gregory La Cava. The evening kicks of at 8 pm EST with the classic Gabriel Over the White House (1933) and also includes entertaining pre-code classics such as Smart Woman (1931) and Bed of Roses (1933).

A birthday celebration for a real live star as Sophia Loren celebrates number 78 on Thursday, September 20. TCM airs 8 starring Loren from between 6 am and 8 pm.

Then the weekend comes and Monday morning brings October 1. We'll get to that in about a month for you.

An interesting month and certainly one of the highlights of the year for fans of Silent film--You've got all of that Mack Sennett plus Greed, Sunrise, Garbo & Gilbert and I didn't even mention the return of Silent Sunday Nights which kicks off with The Hands of Orlac (1925) on the 2nd.

For a little different taste here's what some of my blogging buddies are pointing to for September on TCM:

And if you were wondering just why in the world Ben Mankiewicz hosted the Warren William movies last night ... and the James Caan movies tonight ... and beyond ... Will McKinley has the scoop for you at Cinematically Insane.

For those unfamiliar with this feature, this is the part of the entry where I open up my TCM Now Playing Guide to tally off every movie TCM shows during the month of September and record the results by decade. You'll find me rooting hard for the 1930's and 40's and holding my nose to big gains from the 1960's and later. I could go either way on the 50's.

Tough call on the tally this month because of all of the Mack Sennett shorts. I'm going to go ahead and count them each as an individual title because 1) It makes the count easier for me since I use the back of TCM's Now Playing Guide to calculate the tally, and 2) the 1910's and 20's are so under represented throughout the rest of the year that this isn't going to budge them much further than past the 1970's and 80's in the overall scheme of the annual count. And so:

Back with something new, sometime soon!