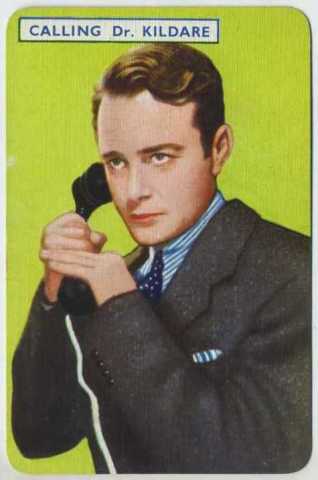 Ayres' early run as a star came to a grinding halt when he became a conscientious objector in World War II.  MGM dropped him, though Ayres quickly redeemed himself in the eyes of Hollywood by serving three years in the Medical Corps as a noncombatant.  Laura Wagner does an excellent job covering what must have been an extremely difficult few years of Ayres' life in a 1997 article archived on Classic Images.

Ayres return to the screen opposite Olivia De Havilland in The Dark Mirror (1946) and soonafter received an Academy Award nomination for Best Actor for his performance in Johnny Belinda (1948).  Co-star Jane Wyman would divorce Ronald Reagan during this period to be with Ayres, but that relationship never made it to the alter.

From the 1950's onward Ayres began to work increasingly in television, though still appeared on the big screen from time to time such as in 1962's Advise and Consent based on the Allan Drury bestseller. His 1976 religious documentary Altars of the World won a Golden Globe award.

While the relationship with Jane Wyman didn't work out, you'll surely recognize one, hopefully even two of Lew Ayres' wives.  He was briefly married to Lane Sister Lola (1931-33)--okay, Priscilla is the best-known of the Lane sisters, but Lola did appear with her and Rosemary Lane in Four Daughters (1938), Four Wives (1939), and Four Mothers (1941).  Wife number 2 was Ginger Rogers whom Ayres was with from 1934-1940, though I wouldn't be surprised if a good portion of the country thought she was Fred Astaire's girl during those years.  Finally, Ayres settled down with Diana Hall in 1964 and the marriage lasted until his death in 1996.

Lew Ayres himself isn't highly collected, though as you can see he probably should be.  The good news is that the monetary barrier to entry can be low.  The bad news is that you might have a hard time finding items.  More highly collected pieces from his big films, like All Quiet or the Dr. Kildare series will be available, but those will come at a greater cost because there are demand for those items.