Another early article clipped from the Brooklyn Newsstand.

I was excited to find an image of popular character actor Edward Everett Horton from as early as 1910—not so excited when I saw how dark it was. I've attempted to lighten up the coloring a little so you can at least see EEH's features. Horton would have been 24-years-old at the time of the above clipping, about four years into his career. 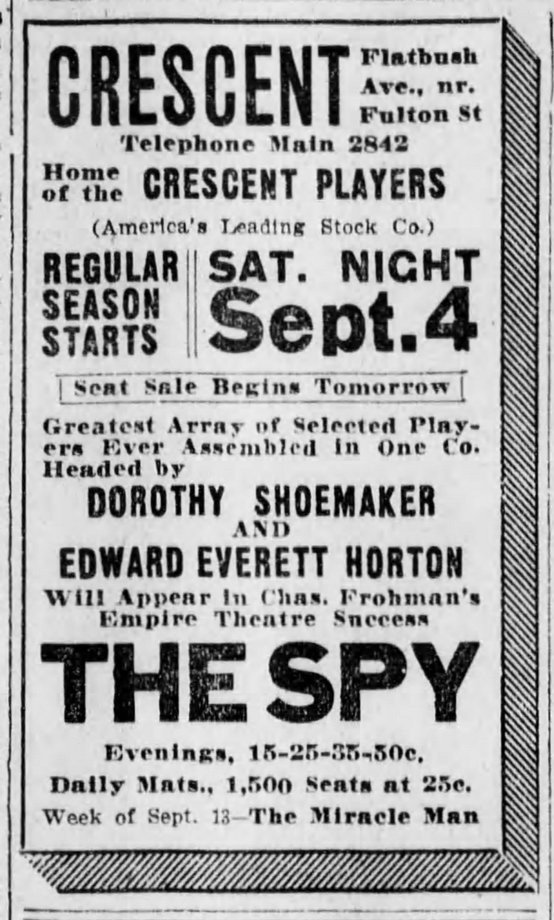 Following is the earliest (clearest) image I have of Horton on a publicity still. This is from Poker Faces, a 1926 release:

Finally, a shot of Horton looking as we've come to expect him to look. On a 1930s trading card issued with Aguila Chocolates out of Uruguay: