Another War shakes up the movie industry. Many stars are off to fight. Many new ones are created. Creativity abounds on the screen with several classics using the war itself for a backdrop. Our movies grow darker, in character and setting, as the style later known as film noir fills the screen. Beyond crime other subject matter becomes more complicated, even more mature, despite the continued restrictions of the Production Code. The movies are growing up. The 1950s bring a lot more color and glitz.

War rationing provides a death blow to many collectibles, most notably so many of those beautiful British tobacco cards we'd enjoyed since the last War. There's a boom in American movie ephemera with popular premium issues being offered with everything from food products to, most naturally, movie magazines. The 1950s bring a boom in colorful trading cards from Holland and surrounding countries. American non-sports sets largely revolve around the television set while annual baseball and other sporting issues generally dominate the market. Still, some interesting items have been issued worldwide as the list below reveals.

The following pages describe each issue named in the title and include both a gallery and checklist naming and often showing either a complete set or all of the cards from that set that I have handled.

The following Movie Card and Collectibles Galleries are have not been moved over to Immortal Ephemera yet.

All of the pages below are set to open in a separate window so you don't lose your place here, on the main site. 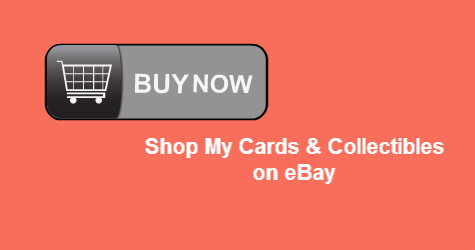