I love it, TCM is sticking with a major Golden Age Star of the Month for the second month in a row, this time around 54 films over four nights covering 97 hours* of air time (*that’s including all the promos in between films).  I say nights, well, don’t try to pull an all-nighter for any of these, as all but one of the nights of Robert Taylor films cover 24 hours or more of broadcasting! 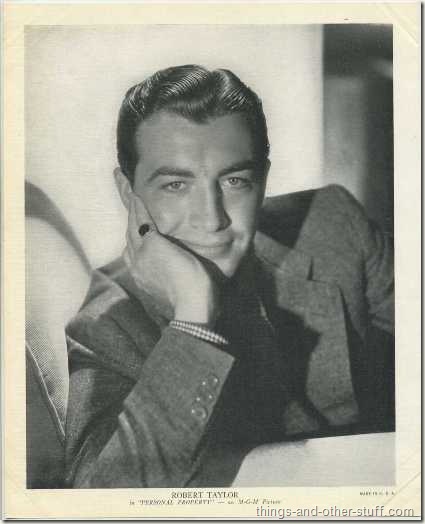 I plan to learn a lot about Taylor this month.  I made the mistake of thinking Taylor was just a pretty boy, a beautiful man that MGM stuck opposite their top leading ladies to give women someone to ooh and ahh over.  Then I saw Johnny Eager (1941).  And then Party Girl (1958).  Since I don’t delve very deeply beneath the top layer of Westerns or war movies, the darker side of Taylor had largely eluded me until I’d bumped into that pair of crime films.  Now I want more and the timing is perfect.  Of course there will be plenty that I skip or maybe hold my nose over, as that perception I carried was certainly cultivated by MGM, especially in Robert Taylor’s early years, but there’s also plenty I’ve heavily circled or starred in my Now Playing Guide that I’m crossing my fingers my cranky DVR has the power to handle!

By coincidence in late February I was reading Ginger Rogers’ autobiography

when the calendar flipped and to my surprise Ginger Rogers was March’s Star of the Month.  Well, I was a bit more calculated this time, what with my Now Playing subscription having renewed and young Bob Taylor staring up at me from a stack of mail in late March, so I made my overdue purchase of friend Linda Alexander’s Taylor biography, Reluctant Witness: Robert Taylor, Hollywood, and Communism

.  Unlike Ginger, whose autobiography I put down not so much thinking less of her, but with the realization that she was not someone I would have personally liked, Alexander’s presentation of Taylor has left me with a man who’s far from perfect, but whose fallacies as transmitted through Alexander render him more human and thus more likable.  Perhaps I need to take a look at Ginger Rogers through a more impartial lens than her own words to gain a better appreciation of her, but in the case of Robert Taylor I find it hard to believe I’d think any less of him had he been left with the time or inclination to pick up the pen himself.

I’ve got about 50 pages of Reluctant Witness to go as I type this: Bob’s settling down to the most domestic portion of his life with Ursula Thiess, age and heavy smoking are beginning to catch up with him and it’s not going to end well (ah biographies, never a happy ending, is there?).  After I finish up I plan to have a little more coverage of Reluctant Witness: Robert Taylor, Hollywood and Communism here on Immortal Ephemera, but as for now I’ll leave off by giving it my full recommendation and explaining that if the title leaves you wary, ignore it: politics were a large part of Robert Taylor’s life, however Reluctant Witness is a complete biography of Taylor.  Yes, there is coverage of Taylor and HUAC, but it is not the overwhelming focus of Reluctant Witness.  It is a true biography and a very good read.

Following you’ll find TCM’s complete April Star of the Month schedule.  Hoping you enjoy the pictures on this page and the films to come.  My greatest hope when digging into a Star of the Month is that I walk away with one or two new favorites.  April looks promising.

Note: Many of the movie cards shown below will take you to a more complete Photo ID Guide focusing on the specific collectible pictured. For those which I haven’t created guides for yet hovering over the image should tell you exactly what it is. 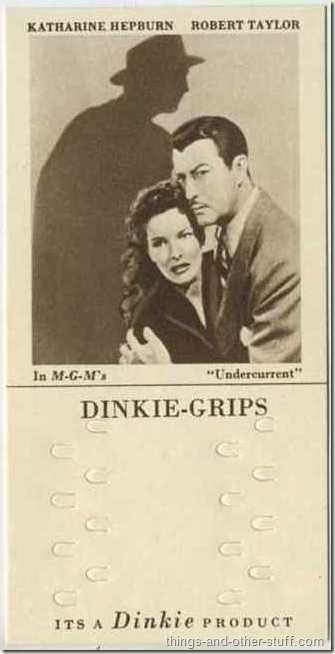 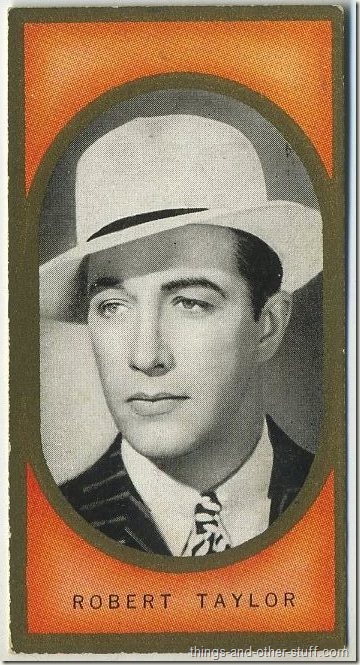