Everything Immortal for October 3 ...

We have a handful of October 3rd birthdays to celebrate. A few are better known than the star I've chosen to focus on today, though none were nearly as active during such a short span as my pick, Alan Dinehart, was in 1930s and early '40s Hollywood.

If you put a star by one of my top picks for October, Dante's Inferno (1935), and caught it on TCM earlier this week then you saw Alan Dinehart as Spencer Tracy's right hand man Jonesy. Another recent sighting was in The Whistler (1944) a few weeks back. Dinehart was seen offering advice to J. Carrol Naish in that first film of the Columbia series starring Richard Dix.

Alan Dinehart was very active on Broadway from 1918 onwards and originally arrived in Hollywood as a leading man in 1931. But Dinehart was better suited for character roles and that is how we best remember him today. Dinehart typically played villains, or at the very least his characters were not completely on the level. I like him best for his brash businessmen, though I'd never want to sign a contract with one of his characters!

Alan Dinehart was born in St. Paul, Minnesota, October 3, 1889. Maybe. No doubt about St. Paul, but every time new paperwork was filled out the rest gets called into question. His given first name was definitely Harold with the middle name of either Alan or Allen. In 1936 Alan Dinehart legally changed his name to that of his father, Mason Alan Dinehart, so that his youngest son could legally be known as Alan Dinehart III. I'd imagine that move didn't sit too well with his son by a previous marriage, Alan Dinehart, Jr. 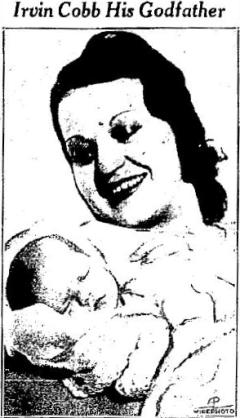 While the date on our Alan Dinehart's birth registration is given as October 5, later paper work, including his World War II draft registration card, give the date as October 3. The year Dinehart was born seems generally accepted as 1889, but it should be noted that on both his birth and draft registrations it is given as 1888, and in Dinehart's own hand on the latter. Dinehart's 1944 obituaries claimed he was 48, but Alan seemed flexible about his date of birth, even claiming he was just 40 on the 1930 census ... and he remained 40 on the 1940 census!

Some time after his birth Alan's father disappears (dies?) and the young man moved to Montana with his mother, Elizabeth, and stepfather, Louis Brasch. There he attended Butte High School where he had his first taste of acting.

In 1907 he married a Joe Trickey in Miles City, Montana, though I do not know what happened to this first Mrs. Dinehart. One way or another Alan left her behind when he took the cattle train to New York and embarked upon his acting career. He's said to have appeared in Applesauce in Chicago in 1910 and made his way to Broadway by 1918. In between he married a second time, to actress Marie Louise Dyer, with whom he'd have son Alan Dinehart, Jr. in 1918. It wasn't until after arriving in Hollywood that Dinehart would marry the woman he'd spend the rest of his life with, actress Mozelle Britton, in 1933.

Along with Alan's name change in 1936 came son Mason Alan Dinehart III, who would claim Irving S. Cobb as his godfather. In early 1939 Mozelle was involved in a terrible car accident, but she recovered and even played alongside Alan in a radio drama shortly before his death. Alan died in 1944; Mozelle in 1953. She was just 41. I'll leave it to you to decide how old Alan Dinehart was, I'll go with the flow and say 54.

One of Alan Dinehart's greatest triumphs came later in his career, off the screen and on the Broadway stage. His play Separate Rooms, which he wrote, directed and starred in along with Lyle Talbot and Glenda Farrell, was a Broadway hit playing over 600 times during 1940-41. That was after overcoming the lousy reviews which greeted it, no small feat.

Other films you may have seen Alan Dinehart in include Lawyer Man (1932), where he's William Powell's uptown partner; as Cagney's competition in Jimmy the Gent (1934); and as Virginia Bruce's press agent in Born to Dance (1936) starring Eleanor Powell and James Stewart. 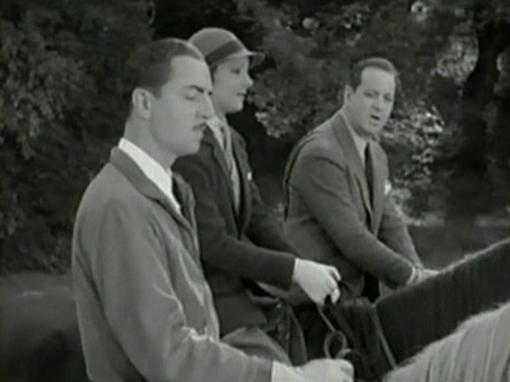 You've surely seen him in a number of other films as well: According to the IMDb, Alan Dinehart managed a total of 89 credited roles during his active Hollywood career from 1931 until his 1944 death. Mid-1930's newspaper reports noted that he typically worked in 15 films per year.

Alan Dinehart in The Payoff

Besides Lawyer Man, other movies featuring Alan Dinehart that I have previously written about on this site as The Payoff (1935) and The World Changes (1933).

... born on October 3 ... they're each better remembered for other projects, but I have to point to my Werewolf of London (1935) article in mentioning that co-stars Henry Hull and Warner Oland each celebrated their birthday on October 3. 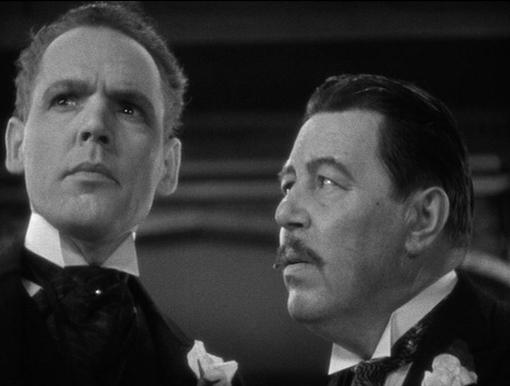 Oland, best known for his portrayals of Charlie Chan, was the elder, born iN Sweden, 1879. While Hull, best recalled for Alfred Hitchcock's Lifeboat (1944), was Kentucky born in 1890.

Also born on October 3 were legend of the stage Eleanora Duse in 1858; character actor Charles Middleton in 1874; author of so many great stories turned into Depression era films, Damon Runyon, in 1880; director Leo McCarey, of so many favorite comedies, in 1896; and silent starlet Josephine Hill in 1899.

You can chop up today's TCM programming into four parts and all of them have something to recommend about them!

The day begins with five films starring character man James Gleason including the first Hildegarde Withers mystery, Penguin Pool Murder (1932) starring Edna May Oliver at 7:45 am. Next are three films directed by Leo McCarey, mentioned in the birthday section immediately above, beginning with Love Affair (1939) at 2 pm EST.

The overnight is populated by zombies with George A. Romero's Night of the Living Dead (1968) airing at 2:45 am and the Val Lewton produced I Walked With a Zombie (1943) from Jacques Tourneur following at 4:30 am.

To pick just one? Well, if you've never seen any of these I'd feel you out some before insisting upon Night of the Living Dead, but since that one falls outside of the general timeline of this website I'd instead suggest Mark of the Vampire (1935), which besides Atwill also features Lionel Barrymore and Bela Lugosi.

Lionel Barrymore, Lionel Atwill and Jean Hersholt in Mark of the Vampire (1935)

I must really love the 1940 A and M Wix Cinema Cavalcade tobacco card sets because I'm constantly using examples from either the first or second volume to illustrate my posts!

I've recently listed some higher grade examples, averaging about EX-MT or 7/10, to eBay in the Fixed Price/Buy it Now format. There are three different sized cards in these sets and so far I've listed all of the large and medium cards that I have on hand. The small ones are scanned and ready to be listed any day now.

, including several from the tougher Volume 2 set that I listed soon before these Volume 1 beauties. (High grade only, EX-MT or better, HERE

As an example we'll go with a favorite pose, that's also currently in stock, picturing Fredric March, Miriam Hopkins and Gary Cooper in Design for Living (1933), which I recently discovered will be airing on TCM this coming December 13 (right after Trouble in Paradise, fellow Hopkins and/or Lubitsch fans!). This is one of the large sized cards in the Cinema Cavalcade set:

Sources for the Alan Dinehart piece at the top of the page follow below.

Note: All genealogical references were gathered through FamilySearch and are directly linked to in the Dinehart biography above.