We bump into so many cute and perky redheads on TV today that it's sometimes disconcerting to journey into the past and be menaced by the likes of Clara Bow, Millie ("the red-headed woman"), Red-Headed Woman, Red-Haired Alibi, etc. Indeed, redheads seem to be one of the most fearsome menaces during the early years of the Great Depression, so I was in no way shocked to discover the attempted formation of club intended to tame their scourge: 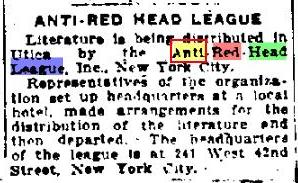 Thankfully, a New York State Supreme Court justice stood up to this outrage: 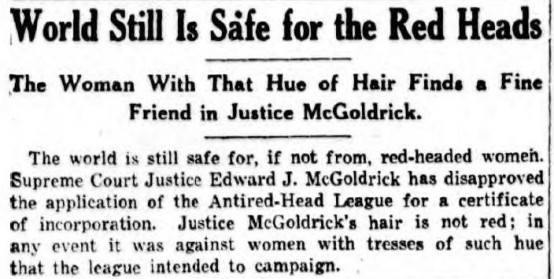 As if those six aims were not enough to promote the goals of the Anti Red-Head League, fifteen additional counts against "red-headed females" were spelled out in attempt to clarify the hostility. Once again, I've transcribed this portion from the same New York Sun article that I partially clipped above. The counts:

Wait a second, this is beginning to sound like somebody classic film films already know! 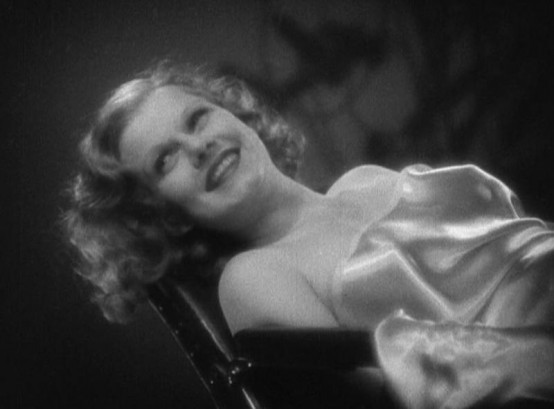 I couldn't find mention of an "Anti Red-Head League" (or similarly spelled variants) in any of the old trade magazines, which often spilled about marketing efforts. This was a case where an obscure newspaper clipping helped nail down exactly what was going on: 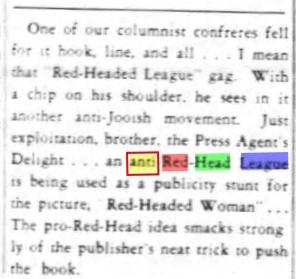 It's worth noting that all three of the articles clipped for this page, even the more serious sounding reports, were surrounded by movie reviews and advertising when originally published. Also worth mentioning: Red-Headed Woman released in June 1932. The Anti Red-Head League was for the crowds; the following was how it was advertised to theater operators: 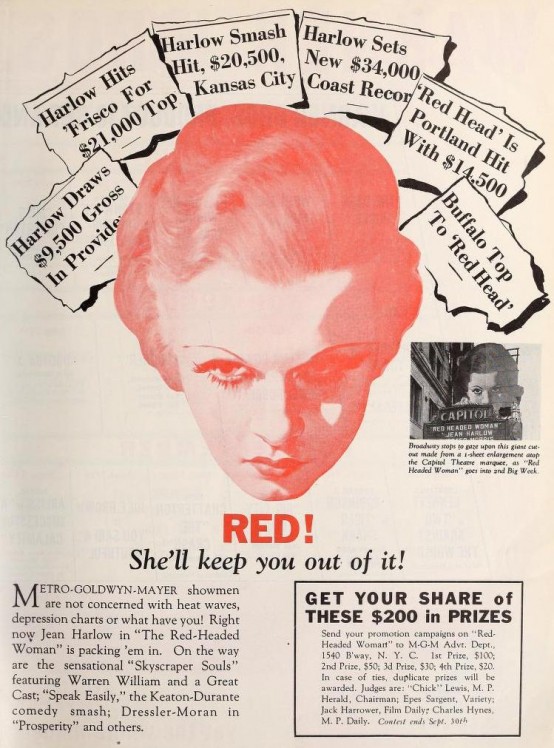 Too bad the Anti Red-Head League got up to its tricks in June—surely it would have been worth $200 to MGM's Advertising Department come their September 30 contest deadline.