Barbara O’Neill (Barbara Stanwyck) is one of a fleet of young women available for ten cents a dance at the Palais de Dance, though the matron (Blanche Friderici) feels that Barbara may not be giving even a dime’s worth of effort anymore. She spends all of her time talking about a boy from her apartment building (Monroe Owsley) and loafing at a table with the big-time businessman (Ricardo Cortez) who recently left her a hundred dollar tip. Barbara loans the hundred to her young man, who was otherwise skipping out on his rent, then sets up a job for him with her businessman. She soon marries the boy from her building and leaves the dance hall and the millionaire behind until her husband gets himself into money trouble with the market and beyond.

Above: Monroe Owsley and Barbara Stanwyck.

When I signed up for the “Remembering Barbara Stanwyck” blogathon I selected this title because of a fondness for the dance hall setting (see Young Bride [1932]; Child of Manhattan [1933]) and the big role afforded Monroe Owsley, always a favorite for his champion portrayals of sniveling weasels. Well, I should have saved this one for a “Remembering Monroe Owsley” blogathon because there’s plenty here for Owsley fans—you know how you convince yourself everything is okay by laughing your way through an especially scary movie? Owsley is so insensitive in Ten Cents a Dance that he triggers the same defense mechanism. He begins the movie as a coward and that trait leads him down the path of thief and embezzler, all the while dispersing worthless IOUs, making excuses for his every wrong turn, and pushing any blame he can over to his wife. Eddie is slime. That leaves our dashing millionaire, Cortez as Bradley Carlton, hanging around to be the romantic hero.

But while Ricardo Cortez had the ability to be every bit as dastardly as our man Owsley, by this time he is not the same caliber romantic leading man that he had been during the twenties in the silents. His Bradley Carlton is not at all dashing, he’s a boor. He’s somewhat gallant, but his gallantry comes with such a sourpuss that I’m not even sure I’m willing to concede him that point.

Typically I choose not to write about movies that I don’t like. I hate panning the classics. It’s why my ratings system didn't hang around the site for long: I gave everything a 6.5 to an 8.5. Not because I like everything, but because I tend to write about those movies I do like, championing them to some degree, hoping to help earn them more viewers. Not so here.

I’d watched this one a few years ago on TCM and even wrote about it a little in a round-up of Stanwyck movies they played at that time. Maybe I should have read between the lines when all I talked about regarding Ten Cents a Dance was Monroe Owsley. When I watched it earlier this week I fell asleep before it was over. Sometimes I feel like I overuse the term "lightning pace" when writing about pre-Code era films. Ten Cents a Dance is a long 75-minutes. When I played it a second time to grab my screen captures, I found myself heading off to check my email, Twitter, anything, every time I paused the movie to grab an image. It was a tough one to get through.

Above: Barbara Stanwyck and Sally Blane.

Yet it has a great setting, three actors I generally love, bubbly additional support from Sally Blane, and a lot of good lines throughout. For example, dance hall newcomer Blane to Stanwyck on the matron's instructions: “She told me to be very careful, and yet she sort of gave me the idea she wanted me to be, not so careful.” The matron's attitude is best explained by Stanwyck’s Barbara to millionaire Carlton: “She’s got to keep the place hot enough to avoid bankruptcy, and cold enough to avoid raids.” Owsley’s Eddie when he’s courting Barbara: “I don’t want you in a place where anybody with ten cents in his pocket can take you in their arms and dance with you.” Barbara to Carlton on the typical dance hall patron: “He’s got a pocket full of dimes and only one idea in his head.” Good stuff. Tortuous pace.

Lionel Barrymore directed and the result is a modern story told at a Victorian pace. Great actor, one of my favorites, but the only talkies he directed that I liked are Madame X (1929), which also moves glacially but is saved by Ruth Chatterton, and The Sea Bat (1930), which is a so-bad-it's-good movie for me. The fan magazines and trade papers gave Ten Cents a Dance a decent reception, and Columbia did take the effort to make a Spanish-language version of the movie, Carne de cabaret, so it seems to have been somewhat well-received in its day. I can’t see the working class fellows being too keen on it though. It seems to go against the grain of mass appeal in casting the regular Joe as a weasel at the expense of a bloodless millionaire hero.

I saw the weaknesses of Ten Cents a Dance in aspects that should have been its strengths. It's hard to go wrong with Barbara Stanwyck, but she's cast as a character who’s worldly on the dance floor, but all lamb-like innocence at home. There’s no in between; no subtle transitions; she's a split personality, and wasted half that time (at home). Then there's the dance hall, a colorful setting, but absolutely unnecessary to the eventual plot developments. The heart of the movie is Stanwyck's relationships with Owsley and Cortez, and they could have been untangled anywhere. Working titles for the English-language version included Roseland and Anybody’s Girl, though the most memorable part of the movie for me is the title song by Richard Rodgers and Lorenz Hart.

I’m going to keep this short because there’s no need to hammer the particulars anymore than I already have. My articles are also a lot longer when I write about movies that I like. Nothing to sell here though.

Danny at Pre-Code.com was indifferent towards this one, yet I got the sense that he liked it a lot more than I did. He was very complimentary towards Cortez—now Danny and I love a lot of the same movies, so I find it interesting when we’re this far apart on any aspect of a pre-Code release!

Also underwhelmed were Lindsey at The Motion Pictures and Angela at The Hollywood Revue, but, again, I think they both liked Ten Cents a Dance more than I did.

The good news is that you get Shopworn and Virtue (both 1932) along with Ten Cents a Dance in the five-movie Columbia Pictures Pre-Code Collection (Buy it at TCM.com or Amazon.com). Heck, I even like Three Wise Girls over Ten Cents a Dance, even if I think it's a bit overrated simply because it stars Jean Harlow. Will McKinley discusses the entire Columbia pre-Code set at Cinematically Insane.

I also recommend having a look at posts from other bloggers participating in this week’s “Remembering Barbara Stanwyck” blogathon—most of the articles are about better movies than this one. 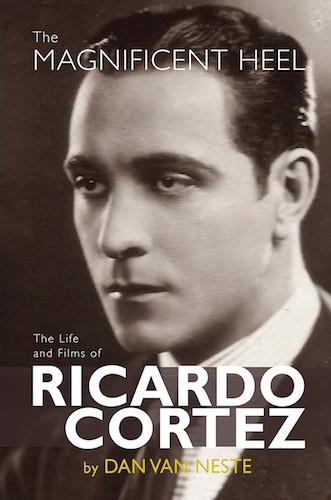