Open has a very It Happened One Night-feel to it, as heiress Joan Butterfield (Bruce) argues with her grandfather (Claude Gillingwater) for independence and freedom, a normal life. After Grandfather departs, Joan orders her yacht across the Atlantic, where she slips off with no more than a nickel to her name. At a New York lunch counter she introduces herself to Peggy O'Brien (Patsy Kelly) under an alias of Joan Baker. Peggy takes stray Joan home with her, incensing roommate Dorothy (Nancy Carroll), who storms out for the night.

Newspaperman Bill Spencer (March) has been tasked with unearthing the Butterfield girl by his editor, Stevens (Eugene Pallette), who can only offer an obscured baby photo of the mysterious heiress for Bill to go on. With photographer Flash (Arthur Lake) in tow, Bill makes his way to Joan's yacht, but misses his scoop by mere moments and winds up cooling off in the river for his troubles. The next day Bill decides to poke around the Butterfield department store, hoping it can provide him some thread of a story to pull at.

Peggy has convinced down-on-her-luck Joan to come to work with her in the morning—at Butterfield's. Joan is hesitant, frightened of being discovered inside her family's store, but blends right in, even if she is a lousy salesgirl. Bill, who had caught a glimpse of Joan as she sailed from her yacht to shore, recognizes Joan as soon as he spots her and breaks himself away from an interview with Peggy to approach her. After a few false starts, funniest of which being Bill's go as a "taxi gigolo," Bill infiltrates Joan's world, but by that time his passions are straying from his assignment.

Bill and Joan fall in love throughout the next portion of There Goes My Heart, which includes a trip to the ice skating rink, punctuated by a madcap game of musical chairs, and later, after Peggy's roommate Dorothy discovers Joan's identity, a brief voyage to Sand's Point, where Bill owns a cozy little shack with groceries stocked and waiting. All the while Joan is not aware of Bill's assignment, and Bill begins to waver on the idea of completing it. This causes and eventual showdown between Bill and his boss, Stevens.

Light romantic comedy buoyed by engaging performances from the leads, Fredric March and Virginia Bruce. Patsy Kelly is a hoot as Bruce's sidekick (though, wow, is she ever loud when we meet her!), and the yet to be mentioned Alan Mowbray is just as funny as Kelly's longtime boyfriend, Pennypepper E. Pennypepper. Peggy has gone with aspiring chiropractor Pennypepper for five years, but most of their relationship is conducted passing each other on the stairway. Eugene Pallette's best moments come while getting soused with March and Arthur Lake.

Nancy Carroll is sadly wasted in what was her final movie role—she's so contentious that it's hard to believe she and Kelly's character could have ever been roommates, but then, these are hard times. Nice bits from J. Farrell MacDonald, as the cop who rides March for a couple of minutes, and Marjorie Main, shopping for a fireless cooker at Bruce's counter. 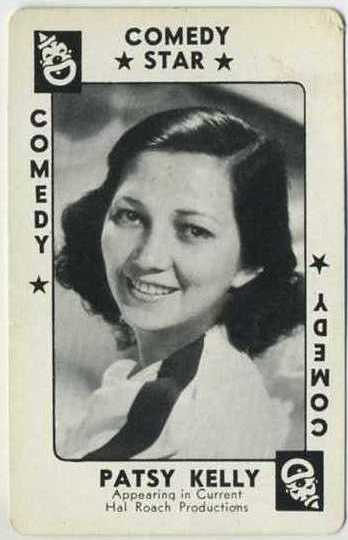