Issued by the Transogram Company out of New York in 1938.

MOVIE MILLIONS - The Glamorous Game, would have greeted 1938 shoppers with this view from the box top:

Buy it, bring it home, open it up, and here's what you see:

On the left are the Game Boards for each individual player. At the far right is the paper money used during each "production." In between are the various game tokens and a packet of Movie Million Game Cards.

There are 54 of these Game Cards: 7 picture various scenarios; 4 are Jokers picturing made-up comic characters; 1 is an advertisement for Transogram's Big Business Game; 42 are the highlight of this set--cards picturing various film stars and a selection of directors.

All 54 Movie Millions Game Cards are shown in the gallery below.

The complete 12-page instruction booklet is shown at the bottom of this page, underneath a checklist of the 42 Film Star Cards.

Note: The film genre listed in parenthesis is listed on each card--while not always accurate, they do figure in how the game is played and may help anyone taking the time to read the direction booklet below to better understand how Movie Millions was played. 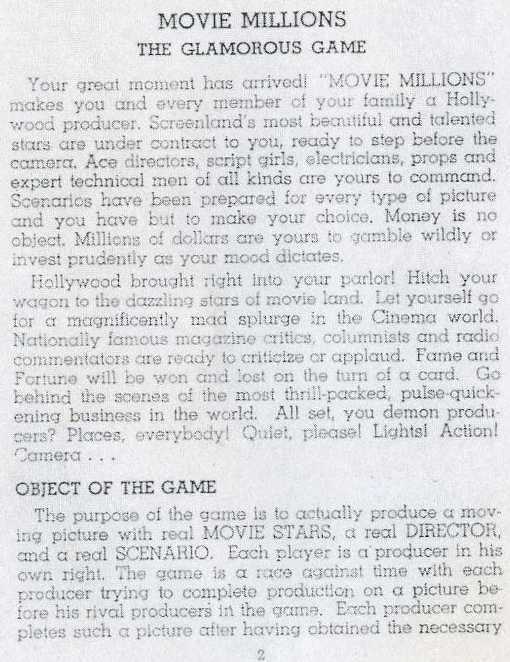 Sure, a bit of an obscure choice—man's been dead for ninety … END_OF_DOCUMENT_TOKEN_TO_BE_REPLACED