Classic Movie Daily subscribers will find images of Donald Crisp and Ross Alexander inside today's issue with some smaller birthday images at the bottom of this page. I also clipped a Donald Crisp obituary and included some photos related to today's TV schedule.

—7:15 am - John Barrymore stars in Svengali (1931), a breakthrough at the time for 17-year-old co-star Marian Marsh. Makes up for moving slow at times with many camera shots as eerie as they are beautiful, typically when Barrymore's Svengali enters a trance state.

—Tuesday morning, 6:15 am - TCM begins Tuesday with the first three "Thin Man" entries beginning, of course, with The Thin Man (1934). As I'll do again tomorrow when I pick up with the sequels, this is a great place to remind you about Thoughts on the Thin Man, the all-encompassing group of essays collected by Danny Reid of Pre-Code.com. You'll find articles by several familiar bloggers, including yours truly, covering all aspects of the entire Thin Man series. For a free preview, here's my Edward Ellis entry, which you'll find in the book practically as-is with minor edits.

—GetTV Monday - The day begins with a couple of Lone Wolf entries, followed by a couple of Crime Doctor entries. Those run until 1:00 pm. At the other side of the evening it's more Barbara Stanwyck in Shopworn (1932 - 5:00 am).

—I hope everyone who began receiving the daily posts last week enjoyed the offerings. We only had one person opt out and one (grrr!) spam report, so net gains on the whole. Thank you for that!

—Given the nature of our topic we don't get this very often, but a very happy 105th birthday to Lupita Tovar, one of a few surviving movie centenarians.

—I listed the TCM Summer Under the Stars lineup inside this issue and made note of those stars I'd likely be covering throughout August.

—After revisiting The Narrow Margin (1952) late last week (and Armored Car Robbery [1950] a few days before that) I went to my DVR for a couple new-to-me Charles McGraw titles that I had recorded during TCM's "Summer of Darkness."

I really enjoyed The Threat (1949), which features McGraw as a merciless psychopath who has broken jail to take vengeance on those who put him there. McGraw was third billed in this one, but totally the star attraction. While his backhand smacks left a lot to be desired, McGraw's character was so menacing that I didn't let those big swings and misses bug me too much. I enjoyed how they used the moving van for transport, thought it was a nifty idea to drill those holes. And how about McGraw's gun? That was an intimidating piece of weaponry! Even McGraw's accomplices are at his mercy in The Threat, and they all seem to know it.

Sunday evening I watched Roadblock (1951), a more traditional film noir—honest guy turns crooked to win sexy woman—with a twist—sexy woman accepts morality to be with honest guy—but I had a hard time buying. Charles McGraw going bad because of a woman? I'm sure he's probably taken this turn in other movies, but it just didn't jibe with the moral code I associate with his characters. Leading lady Joan Dixon was a bit too defiant for me to do much more than chuckle at. Still, not bad, just didn't come anywhere near the other McGraw titles I'd watched.

—Just a reminder, I'm planning on skipping Wednesday's issue to get caught up on a few things. Tomorrow's issue will include a two-day TV preview to take you through until Thursday morning. 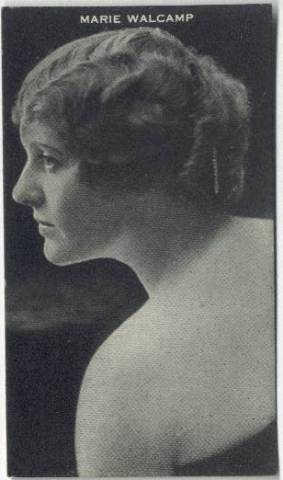 Above: Natalie Moorhead has heart-to-heart with Lewis Stone in The Office Wife (1930).

More Olivia de Havilland Friday Night Because, hey, you only turn a hundred once, right? Best Star of the Month … END_OF_DOCUMENT_TOKEN_TO_BE_REPLACED