Wendy Barrie was born Marguerite Wendy Jenkin on April 18, 1912. She played Jane Seymour, Henry's third wife, opposite Charles Laughton in The Private Life of Henry VIII in 1933 for Alexander Korda. Barrie appeared in over 35 Hollywood films between 1935-1943 including titles such as Speed (1936), Dead End (1937), The Hound of the Baskervilles (1939), Five Came Back (1939), Men Against the Sky (1942), Eyes of the Underworld (1942), and opposite George Sanders in three entries of "The Saint" series and two of "The Falcon." She became better known as an early television personality, hosting shows and pitching products. Wendy Barrie died in 1978, age 65.

There's conflicting information around the web about where Barrie was born, but it was pretty clearly London, England. She gained infamy through her romance with mobster Benjamin "Bugsy" Siegel in the 1940s. Neither Wikipedia nor the IMDb record any marriages for Miss Barrie, but in 1952 she sued her "former husband," David L. Meyer, for slander, and in a 1956 interview Barrie said, "I've been married but I'm not now—I'm gun shy." The marriage appears to have taken place sometime between 1943, when she was still linked with Siegel, and 1945, when this Radio Mirror article mentions Meyer as her husband. The New York Times also mentions her marriage to Meyer in her 1978 obituary. 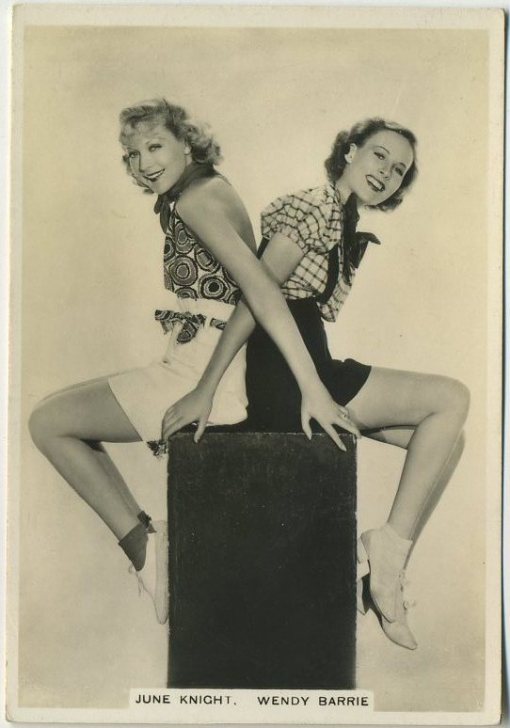