I've just published a collection of 11 of my articles as an eBook on Amazon. It goes under the lengthy title 11 Pre-Code Hollywood Movie Histories: Early Depression-Era Melodramas, Adaptations, and Headline Stories

The book pulls together nine revised reviews from the site and includes two new articles that are exclusive to the eBook. Most of the preexisting entries are heavily revised, though the chapters that cover the most recent three or four pieces that I've written didn't need as much work as those a bit deeper into my archives required.

The eBook exclusive entries are about Paramount's For the Defense (1930), starring William Powell and Kay Francis, and Universal's Only Yesterday (1933), starring Margaret Sullavan and John Boles.

The other nine entries:

Call Her Savage probably had the biggest overhaul, as I took the time to read the novel it was adapted from before watching it again this time. There's also a new bit about Monroe Owsley, that I am tempted to expand into a more complete biography on the site. There's a lot of new material in the Hell's Highway entry, as I dug into the old newspaper archives to learn about the true life incident that inspired that film. I actually tightened up Show Girl in Hollywood with a few cuts, before bolstering the biographical section about Alice White. Employees' Entrance also received a major polish. 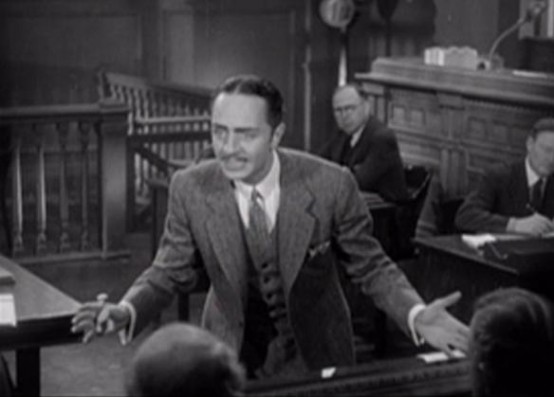 The new entry about For the Defense includes a brief biography of William J. Fallon, the notorious "Great Mouthpiece," who the Powell character was based upon. The later, better known, Fallon cycle of films from 1932 are mentioned. I read a pair of old biographies to prepare for this article, The Great Mouthpiece by Gene Fowler, and the even more influential In the Reign of Rothstein by Donald Henderson Clarke, though I didn't find either very reliable. There are also several paragraphs about William Powell that compare his work from 1930 through 1934 as he moved from Paramount to Warner Bros. to MGM.

The main course in the Only Yesterday article is a bit of Margaret Sullavan's early biography, mostly through this release, which was her film debut. The source material is also discussed as the title comes from a (great!) non-fiction book by Frederick Lewis Allen, but after reliving the Stock Market Crash, Only Yesterday turns into a very familiar adaptation of Stefan Zweig's Letter from an Unknown Woman. This piece also includes a bit about co-star John Boles and the trials of director John M. Stahl in casting and completing the film.

, that is all new material too.

Head on over to the page and click "Look Inside" to read the complete Introduction, which discusses the pre-Code era in general and explains how and why I collected these 11 titles. A summary of contents follows and includes a paragraph about each of the entries in the book. Finally, a Chronology intermingles premiere dates from each of the 11 films with other important or relevant historical events of the era.

The preview cuts off the Chronology, so I've also created a more graphical version of it that I've placed on the site here.

I worked long and hard to release this during TCM's pre-Code month, but since I ran a couple of weeks late I couldn't find time to post about a couple of favorites that I had meant to cover on the site. That said, I will be back with a new post about one of this week's TCM pre-Code selections, She Had to Say Yes (1933) with Loretta Young, within the next 24-48 hours. Until then I want to point you to an older post about a movie playing on Friday that I consider can't miss, Two Seconds (1932) starring Edward G. Robinson. I tidied up that 2010 post late Thursday and also added some new screen captures. Three key Warren William titles also play today, two of which you can read about at my Warren William site.

. If you don't have a Kindle, Amazon does offer some free alternatives for reading the book.

I am planning a follow-up and will begin selecting my next 11 titles soon, so I'd love to hear what you think of this first volume should you pick it up. Feel free to comment below, send along an email, or leave your thoughts in a review on the Amazon page

Sending along my additional gratitude should you chose the Amazon review route, as your rating and attention to the book will help introduce it to others who don't know me from my websites.

Thanks again, back soon with She Had to Say Yes.