I’ve got to be honest, this wasn’t my first choice, but I think it works pretty well.

I was originally thinking of Everlasting Ephemera as well as Enduring Ephemera ahead of Immortal, mainly because the eye can quickly catch Immortal as Immoral.  After a brief hesitation I decided that was kind of funny and just went with it. 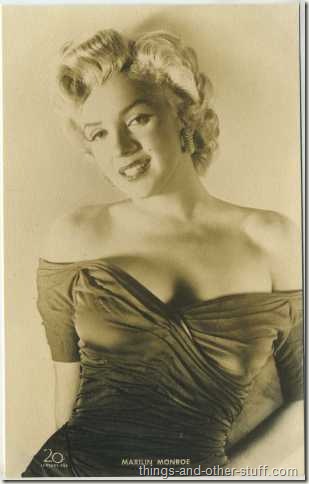 I decided against both Everlasting or Enduring despite both URLs being available because I saw that both are used on active Blogspot addresses, so I did the polite thing and went another way with Immortal.

Aside: I’m a big believer that you should still buy your domain, even if you’re using a service like Blogspot or WordPress.com.  My address may say things-and-other-stuff.com/ but if anyone ever cares enough to find me then typing in immortalephemera.com will do the trick just as well.  It’s worth $7.50 per year.

Once I settled on Ephemera being part of the title (originally I was trying to work with Cardboard, but Vivid Cardboard was the best I had and not too good) I did a quick search of Bartlett’s and kind of liked the single result from Marcus Aurelius:

All is ephemeral,—fame and the famous as well.

But that sounded kind of snarky for a site about classic movie stars.  I’m thinking well, okay, that might be true for a Mary Fuller or a Warren William ;), but it’s a bit of a smack at the legends, a Bogie or a Marilyn.

I guess in time the Marcus Aurelius quote will come to fit even them, but ergh, that’s all way too deep, especially in the here and now where I plan to continue writing.

As much as a good 2nd Century quote can force you think, if you Google “All is ephemeral” it quickly loses a lot of its snob appeal.  Plus there’s no way I’d ever push this domain to the top of the page when Oprah’s got it locked up!

So here’s the final deal: I sell movie cards and collectibles

—a lot of ephemeral items.  I talk about the immortals and their work here, and Marcus Aurelius be damned, I’m treating Colin Clive and Phyllis Haver as though there as immortal as Elvis or Tom Mix (maybe more so).

Quick history of this space: You’ll note posts dating back to 2005 on the sidebar of Immortal Ephemera.  The main site, things-and-other-stuff.com has been around since 2002 and the remaining posts from 2005 represent my first attempt at blogging on the WordPress platform … mostly about what I sell, sometimes the collectibles themselves, back then.

This particular version of the blog, I’m sorry—Immortal Ephemera—really only came into being in November 2009.  That said, I really started blogging heavily about the movies and the stars in late 2008 on the VintageMeld (and film related posts from there have been imported into this site as well) and on the Examiner throughout 2009 (Reviews will be pulled over here from there as time permits).