I finished off my look at Safe in Hell (1931) the other day with a brief look at the life and times of star Dorothy Mackaill from that point forward. I have been collecting clippings and taking notes on Miss Mackaill's career pre-Safe in Hell, but I want to lay my hands on some more of her movies, especially her silent stuff, before I attempt my big Dorothy Mackaill biography.

Disheveled Dot Mackaill, bored to death, in SAFE IN HELL (1931)

But before we say goodbye to Dot, for a little while at least, I let my curiosity get the best of me regarding Mackaill's last couple of credits on film. Thanks to Netflix it didn't take much effort to track down those final few minutes of her career.

Mackaill's face makes the DVD cover even if her name doesn't

As mentioned in the previous post Dorothy Mackaill went back home to Britain to appear in her last movie, Bulldog Drummond at Bay (1937). It's an enjoyable little espionage mystery featuring John Lodge in the Bulldog Drummond role and Victor Jory as, what else, the villain. You can watch it online free of charge right HERE, or pick it up on Amazon

She was only 34 years old--and still a looker--but Bulldog Drummond at Bay would be it for Dorothy Mackaill on the big screen. She came back to the States, married once more, cared for her mother and eventually settled down in one of her favorite places, Hawaii.

She remained single the rest of her life but made her permanent address at the Royal Hawaaiian Hotel in Waikiki because, "I wouldn't live alone for $10 million."

Dorothy had made a single television appearance back in the early 1950s when, along with Leatrice Joy, she appeared in a small part of an episode of "Studio One in Hollywood." At that time, 1953, Mackaill said of the experience, "I feel the way I did when I started my first talkie.”

A friend she made, presumably via the Royal Hawaiian, convinced Dorothy to do a couple of guest appearances on his show, one of the most popular on television in the 1970s. "I wouldn't have done it for anyone except Jack," Dorothy said of Hawaii Five-O star Jack Lord. "But I adore him, so he was able to persuade me."

She made what would be the first of two Hawaii Five-O appearances in a 1976 episode titled "Target- A Cop." 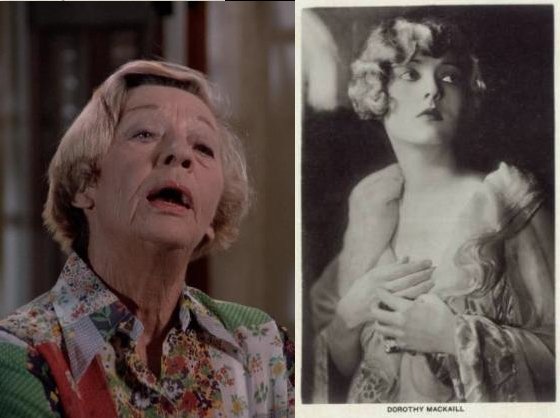 Dorothy Mackaill in Hawaii Five-O episode "Target- A Cop" in 1976. At right pictured on a 1920s era Picturegoer Postcard

Mackaill was Mrs. Pelcher, or as she corrects the officer she's soon feeding brownies to "... that's Miss Pelcher." She all but drops the "r" at the end of her character's name and sounds just like she always had for us. The Yorkshire born performer had shed the last vestiges of her accent on Broadway as a Ziegfeld Follies performer in the early '20s.

Poor Dot has to call the police back when someone is creeping around the outside of her house and she's soon standing just a few feet from gun shots! The Officer she had fed the brownies to earlier is killed at her feet and one other policeman is shot but manages to get to his radio to relay the situation back to headquarters.

Her appearance in 1980's "School for Assassins," an episode from Hawaii Five-O's final season, is even briefer. Billed simply as "Old Lady," Dorothy plays her scene with pal Lord from a wheelchair and has a touch more naughtiness to her character this time.

"Read me my rights,” she tells McGarrett, figuring that her neighbors are complaining about her again. She adds, “I’m not a peeping tom. This is just a hobby. An innocent hobby ... Is it my fault they don’t keep their bedroom shades drawn?”

Dorothy is back in 1980 sharing a scene with Jack Lord in Hawaii Five-O's "School for Assassins."

A befuddled McGarrett responds, “Ma’am, I’m not here to accuse you of anything. But I’d like your help on something.”

He shows Dorothy a photo and asks if she's ever seen the man before. “Of course," Dorothy replies, not at all surprised. "He’s the wall climber.” 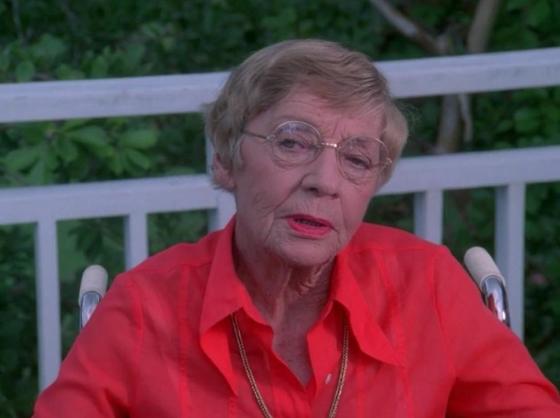 As mentioned in the earlier post she lived out her days in Hawaii and made her way into the next decade before succumbing to kidney failure in the summer of 1990. 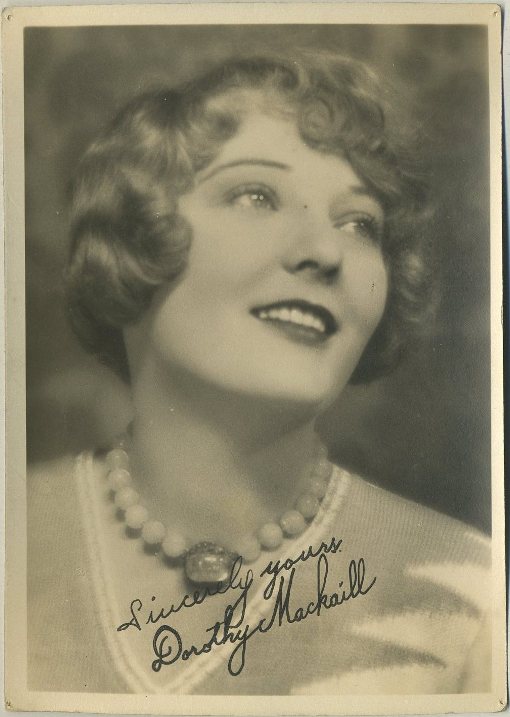