I have to admit that I was a little disappointed as I first typed out TCM's Leslie Howard Star of the Month schedule for July 2012. Oh, there are a lot of great titles being shown, but it just didn't seem like enough. And then I realized that the same sentiment pretty much described Leslie Howard's career. When the plane he was traveling on was shot down by German fighters in 1943 we all got shortchanged, obviously Howard most of all.

Turner Classic Movies shows 20 films featuring Leslie Howard on Tuesday evenings throughout July. So, according to the IMDb, they only miss 10 feature-length movies that Howard appeared in and if you wipe out the five early titles he's credited in that date from 1920 and earlier then that makes only 5 missing movies.

Unfortunately for me one of them is Alexander Korda's Reserved for Ladies (1930), which I had hoped to see as recently as last night when I wrote about one of his co-stars in that film, Elizabeth Allan. The other four Leslie Howard movies that TCM will not air in July are Secrets (1933) with Mary Pickford; The Lady Is Willing (1934); Intermezzo: A Love Story (1939) with Ingrid Bergman; and 'Pimpernel' Smith (1941).

Leslie Howard also directs one of those 20, The First of the Few (1942), and is involved behind the scenes only in two additional films that TCM winds down with on opening night, July 3: He directed The Gentle Sex (1943) and produced The Lamp Still Burns (1943).

Speaking of opening night, Gone With the Wind (1939) fans will be thrilled to learn that their favorite film kicks off Leslie Howard month at 8:00 pm EST on July 3. And as I'm specifically discussing TCM's US schedule it may be a relief that most of you will be able to watch until nearly midnight with no worries of heading to work the next day! 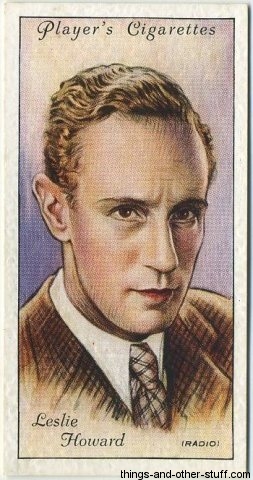 Gone With the Wind actually serves an impromptu and bittersweet double purpose on July 3 because as well as beginning TCM's Star of the Month tribute to Leslie Howard it is also the final film airing that day on TCM's revamped schedule remembering the recently deceased Ann Rutherford, who played Scarlet's little sister Careen.

TCM also works some mini-marathons for some of our favorite actresses into their Leslie Howard Star of the Month programming as well. Only July 10 Howard co-stars with Bette Davis in the first three films on the schedule, The Petrified Forest (1936), It's Love I'm After (1937) and my personal pick for those who haven't seen it, Of Human Bondage (1934). Norma Shearer fans are afforded the same pleasure beginning at 8 pm the following Tuesday, July 17, with Romeo and Juliet (1936), A Free Soul (1931) and Smilin' Through (1932). And to push things a little Ann Harding fans will surely rejoice in July 24th's late night double feature of Devotion (1931) and The Animal Kingdom (1932).

And if you're feeling short-changed by a measly 20 films for July's Star of the Month take solace on Mondays throughout July on TCM: 53 Classic Adventure movies fill a series of five 24-hour marathons! But more on that when I preview the rest of the month in a few days (and yes, the tally will be back in that post as well).

For now the focus is on Leslie Howard. Just below the following image of Howard with Norma Shearer you'll find TCM's entire July 2012 Star of the Month schedule. Beneath that you will find a pretty large gallery of vintage Leslie Howard movie cards and collectibles. Enjoy! 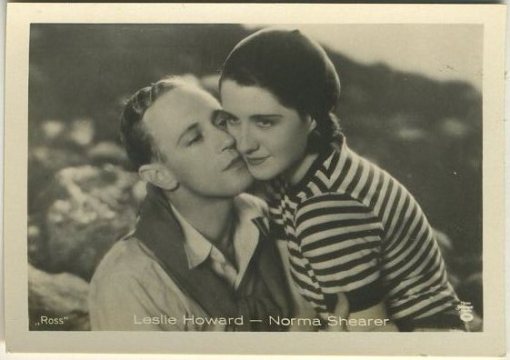 *All times EST; Schedule for TCM in the U.S.

E-mail and RSS subscribers will likely enjoy the following gallery much more if you visit it on the Immortal Ephemera site instead. There each image can be enlarged and they can all be scrolled through at full size with accompanying text descriptions. You'll find the original post HERE.