You are here: Home / News - Notes / Prices Realized on Movie Bus Passes with Conclusions and Strategy

I started out with about a hundred of these World War II era bus passes featuring movie ads of the period on them and I've been auctioning them off at a clip of about 25 per week with the final round of fresh stock hitting eBay last night.

Every auction has been listed the same, regardless of content or condition-->each starting at $8.99 with free first class shipping in the U.S.

This report is going to cover all those which sold for $25 and over so far. Each pass will be shown with the winning bid amount and the date of sale: 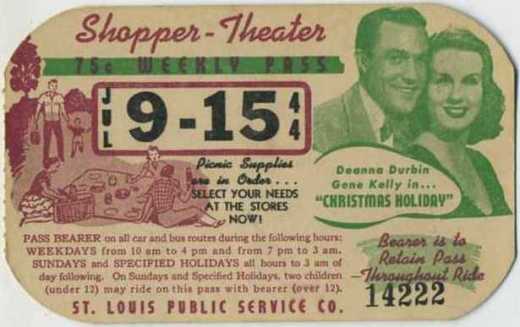 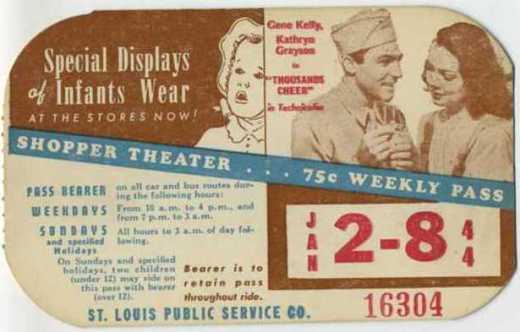 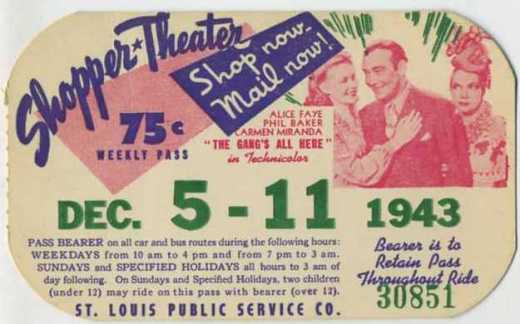 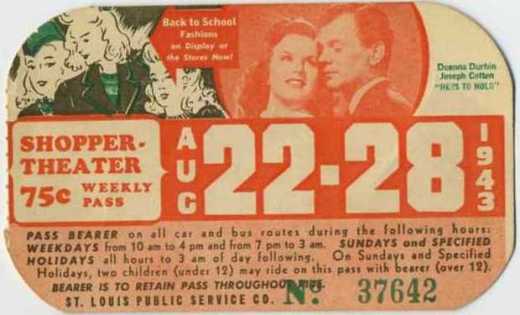 So what does this mean?  Is this the new official price to vintage movie star bus passes (as if the world needed such a thing!).  No.

I posted this for a few reasons.  One, auctions live, even on eBay, still work if you have actual rare collectibles.  That's both, rare + collectible, otherwise all bets are off.  Two, the only reliable price guide is what an item actually sells for.  Huh?  No, I do not ever expect to get over $100 for a Gene Kelly bus pass again.  No, I do not believe that the Gene Kelly and Deanna Durbin items would ever appear in any book valued over Lucille Ball.  What I do believe is that on this given night there was at least more than one person interested in a Gene Kelly item for their Gene Kelly collection (or perhaps Deanna Durbin collection, less likely Kathryn Grayson collection).

So does this tell me anything?  Yes, where I can ascertain which star actually drove the price higher I can make a mental note that those stars have potential for competitive bidding on eBay.

Final note, which is also of benefit to buyers and sellers alike: when it comes to rare items, truly rare, condition is not a factor in price (on eBay).  Some of these were quite sharp yes, but you can see obvious and deep creases towards the right edge of both the Sinatra and Lucy pieces.  More than one bidder did not care about the crease.  They never saw the item before and had to have it.  I state this matter of factly because I've firmly believed it long before this series of auctions.

In fact, I'll go one step further to say that rare items in pristine condition are usually not bid upward in price based upon condition (again, on eBay), price is still driven by rarity.  My point is even if you did not see a crease on Lucy, if it graded Mint, the final bid is still likely $38.99.  Which provides a lesson: