Above: Helen Twelvetrees holds Baby LeRoy as Maurice Chevalier smiles at her.

This movie is not related to the 1941 Columbia release of the same title that starred Fredric March and Loretta Young.

A fun sex romp for Maurice Chevalier interrupted by the discovery of a baby (Baby LeRoy) stowed in the back of his car. Chevalier, engaged to Gertrude Michael’s character, spends the first half hour of the film discarding the extracurricular women in his life to spend time with Monsieur Baby. Helen Twelvetrees arrives amid chaos in and around Chevalier’s pool-sized bathtub, where he's joined by the new baby; a pair of ex-lovers; an extremely jealous friend, now married to one of the ex-lovers; and Edward Everett Horton’s dithering butler. Twelvetrees poses as a baby’s nurse, and from her arrival sweetness outduels ribaldry as A Bedtime Story shifts into full romantic comedy mode.

When the movie opens it takes a few moments before Chevalier comes into view, but we do see his trademark straw hat twirling atop a walking stick from above the various cargo surrounding the train that has deposited him home in Paris. Chevalier is Rene, a character marked by the performer's typical airy charm and devil-may-care attitude, and punctuated by the straw hat, now tilted askew atop his head. When Rene's chauffeur, Robert (Ernest Wood), informs him that nobody could reach his fiancée to let her know he was back in town, the grinning Rene excuses himself to make a phone call. While Rene makes a ten o’clock date with Paulette (Adrienne Ames), Robert walks away, and an elderly couple drop an orphaned baby in the back of Rene’s car among the piles of luggage.

It takes a little time for Rene to get home, as he has Robert stop at the florist to make a midnight date with Suzanne (Betty Lorraine), and then outside the theater to set up up a one am rendezvous with singer Gabrielle (Leah Ray). The baby remains undiscovered all this time.

Arriving home to prepare himself for a busy night, Rene rushes from his car leaving the hotel concierge (Paul Panzer) to find the baby. He and Robert bring the baby up to Rene’s rooms, where the door is answered by his butler, Victor (Edward Everett Horton). Victor and the others are sure the mystery baby belongs to Rene, Victor especially so after noticing the similarities between their protruding lower lips. Rene is puzzled by the baby, and isn't quite sure of its origins either. While waiting for a policeman (Henry Kolker) to arrive, Rene and Victor pore over Rene’s 1931 black book, one of several annual editions, confirming that he was in Paris and trying to discover just who he was seeing at that time. Rene is relieved to pull a button out of baby’s mouth, snapping his lower lip back into place, and removing the key physical characteristic that tied them together.

You can get the sense from the long list of cast members mentioned so far, not more than 15-20 minutes into A Bedtime Story, that this is a very busy movie. That it is, and the leading lady hasn’t even arrived yet! First, Rene dismisses the policeman after being informed baby would be sent to an orphanage, then his apartment begins to fill with others, including ex-lover Paulette (Ames), who has in tow her new husband, Max (Earle Foxe), a friend, or at least acquaintance, of Rene’s. The nightclub singer Gabrielle also arrives, and while Paulette is desperate to keep her relationship with Rene secret from husband Max, she and Gabrielle shoot daggers at one another. Sally (Helen Twelvetrees) arrives to find Rene's door open, so she creeps inside and is met by the wild scene around the tub. The area filled by splashing, screaming, and Gabrielle smashing anything within reach. It’s assumed Sally is the baby’s nurse, and she goes along with the idea, whisking baby off to another room. Her arrival settles down the house, and Rene’s visitors each depart.

When the real nurse from the agency arrives, Sally knows she’s been found out, and doesn’t push the subject. As Rene dials the agency, she simply submits: “Is your police whistle handy? I’ll blow it myself.”

Sally apologizes, but when Rene sees her swoon near the door he knows she’s hungry and asks her to stay. He sits her down and has Victor bring food and drink while he dismisses the other nurse. Sally explains that she came over with a magician: “I was the girl he used to saw in half.” When the magician got too affectionate she fled the scene. She had modeled dresses, sold ribbon, made paper boxes, and cashiered in a restaurant before that, but had to confess she’d never been a nurse before. Still, she raised three sisters, so “that ought to take me out of the amateur class.”

The baby hasn’t tamed Rene, who has three dates to keep. He appears in a tux, top hat, with walking stick in hand, but then a moment passes between he and Sally when their eyes meet. Rene slowly discards his accessories, and eventually has Victor retrieve his dressing gown and carpet slippers. Rene spends the evening by the fire alongside Sally.

Sally accompanies him as nurse to his fiancée’s mansion that weekend and, far from being understanding as Rene had expected, his betrothed, Louise (Gertrude Michael), completely rejects the baby, and then Rene. He’s been thrust into Sally’s arms, and despite a rough spot caused by a visit from Paulette, there can be little doubt that Rene and Sally will wind up together by the end of A Bedtime Story. A jealous streak on Sally’s part that leads to her storming away seems a bit unbelievable, but Rene saves this by hatching a plan that Chevalier reveals with no more than a joyous expression. A potential roadblock to happiness crops up back home when the couple who dumped Monsieur Baby reappear, but again, happiness is a certainty by the end of this one.

There are only four songs in the movie, the first sung by vocalist Leah Ray, one of Chevalier’s spurned lovers, in her movie debut. Chevalier takes on the other three tunes, each performed before the final third of the movie. Each of the three—“Monsieur Baby,” “In the Park in Paree,” and “Home Made Heaven,”—is catchy, making it somewhat disappointing that there’s no musical finale to cap A Bedtime Story.

Chevalier, as usual, carries the day through his charm, and Twelvetrees, back at a new studio just after her maternity leave, is excellent as his romantic interest. But both would be overshadowed by Baby LeRoy, who caused a sensation in this, his debut motion picture, released before his first birthday. A Bedtime Story began a brief two-year reign for Baby LeRoy as the top child star in Hollywood, a period that came to an abrupt end with the ascent of Shirley Temple in 1934.

While the baby stole the movie from Chevalier back in 1933, he’s not the pervasive force you might expect. He and Chevalier come across as equals in terms of screen presence, and once Twelvetrees arrives Baby LeRoy doesn’t do much more than lie still being adored. You could make just as big a case for Edward Everett Horton stealing the movie, as he’s a major presence throughout, especially during the first hour. He also shares the funniest scene in the movie, when he prepares to shave Chevalier immediately after discovering that his wife was one of Rene's many conquests.

Very entertaining romantic comedy with a bit of music, from Paramount and director Norman Taurog. 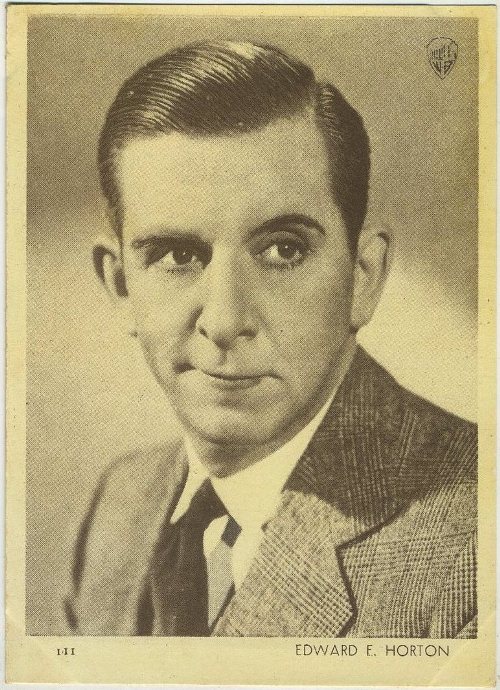