A Bill of Divorcement opened September 30, 1932 and by the end of the year Robbin Coons had named Katharine Hepburn the "feminine find of the year." A month before that, November 1932, syndicated columnist Hubbard Keavy caught up with Hepburn and had no idea of what to make of her.

"Go ahead and write anything about me," she told him. "It would be more interesting than any dull facts I could tell you."

After talking with Hepburn for an hour and a half Keavy was completely puzzled as to whether her refusal to tell him anything of substance--"even so much as where she was born or if the rumor that she is married is false or true--is sincere or merely a pose." He thinks she might be pulling a Garbo with all the mystery, though at the same time Kate seemed pretty chatty!

"Talking about myself is revolting to me. It makes me ill for days to talk about myself. For years no one paid any attention to me, no one wanted to know a thing about me. Now, because I've been in a picture, I'm expected to answer any and all personal questions. I'm just not doing it."

Right from 1932 it was clear Kate didn't give a hoot what anyone thought. Even her appearance startled the writer who mentions that her hair hangs loosely around her shoulders and while her lips were rouged she didn't both concealing the freckles on her cheeks with any powder. "In headgear, she favors knitted things that look like old-fashioned stocking caps."

Keavy mentions that when a friend from back east asked Hepburn about movie land she simply told her that "Hollywood is a place where they drink anything that has gin in it."

"Katharine seems to delight in being unconventional," writes Hubbard.

Keavy gives Hepburn another mention in his column before the year is out:

Katharine Hepburn tells autograph hunters that she isn't Katharine Hepburn. "Isn't that funny," she'll say so the signature seeker can hear her. "I'm always being mistaken for that Hepburn woman."

"I've never given out any information about my private life."

"I never went to Bryn Mawr. I did not go to school. I was tutored."

"People are always confusing me with some socially prominent family of Hepburns. I don't know them. I believe they are very rich."

The unattributed author speculates on why she would deny facts that she accepted when they previously appeared in the program for "The Warrior's Husband" and were stated by her at that same time.

The writer's theory is that she does not want to be dated. Supposing she was at Bryn Mawr in 1926. That would make her no more than twenty-six or so now, which is just about what she looks. But she will probably last in pictures a long, long time and it would be just as well if future commentators had nothing to hang her age on." 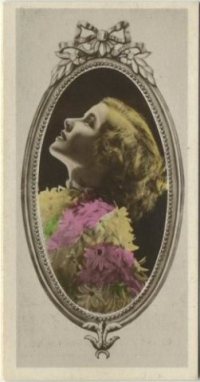 The writer adds that even more importantly she likely wants to shake the label of "ex-society girl."

Hollywood columnist Wood Soanes tracked down Hepburn and made her the subject of a long feature in his Christmas Day, 1932 column. Soanes succeeds in getting more out of Hepburn about her personal life, though not nearly everything from the new and eccentric "Christmas present" handed to the Radio studio press agents and columnists alike.

"I like to fight," she told him, "and I'm never sorry afterwards. In fact a good punch on the jaw is apt to do me some good--and I know it has helped others. I find that fighting leads to friendship. I was fired five times from stage plays because I fought with managers. But three of those managers took me back."

When asked how she managed to appear to have so little self consciousness on the screen Hepburn replied that her manner was "Cultivated."

"I've always been aware of that seemingly careless air. I've done my best to cultivate it, first for the stage and now for the screen. To me, it adds a lot to the character to be played--a certain dash, a certain ease, a certain truthfulness in spite of acting. 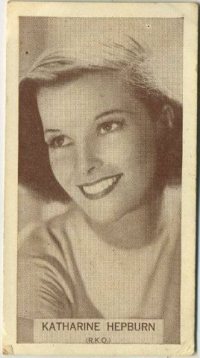 "I was afraid at first when I appeared before a camera that I might become self-conscious and lose the very thing I had worked to develop, but when I saw the rushes I realized that it was still there. In fact it was the first time that I could see for myself what I really looked like to the rest of the world. It was something of a shock."

Soanes closes his article by noting that Hepburn will next do The Warrior's Husband for Fox, "unless something happens." Since Elissa Landi played that part I guess something did!

The Strength of One Picture

"I wish people would wait till I've done another picture or two before they judge me. No one knows yet whether I'm good or bad," Hepburn told Alice L. Tildesley for a lushly illustrated Oakland Tribune profile in early 1933.

Hepburn says that she kept to herself when she first arrived in Hollywood, hedging her bets in case she turned out a flop. But Bill of Divorcement made her the hottest thing in Hollywood at the end of '32 even "being raised to Garbo's vacated throne," according to Tildesley.

"People ask me how it feels to wake up famous," Hepburn said. "I don't know what to say, because I can't understand it. All I know is that it is completely terrifying. It puts me in a spot. If I'm not good in my next picture, what shall I do?"

Hepburn sticks to previously quoted comments about her character from A Bill of Divorcement, Sydney: It's an easy part and anyone could have made a hit of it. Offering additional modesty Hepburn says that people think she's like the character she played, "a cocksure young girl. Too cocksure."

"When I read descriptions of myself as 'that I-know-I'm-good, cocksure Katharine Hepburn,' I nearly die! Because that's not the way I feel at all."

She is said to hate the Garbo comparisons though author Tildesley reinforces them while reporting the fact. The author concludes, "A new sensation to take her place in the procession of sensations that file in and out of Hollywood."

Dan Thomas opens his three-part feature on Katharine Hepburn like so:

Katharine Hepburn is the greatest sensation in Hollywood since Greta Garbo's meteoric rise to stardom. 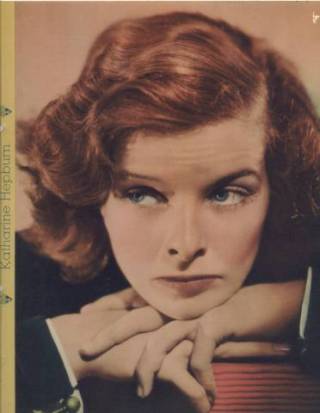 That's a large statement, but it is made without qualification. Many in the film capital are saying just this about the beautiful brown-haired New England girl, who came so suddenly to prominence.

What would you think if you were to see Katharine Hepburn and Greta Garbo in the same picture? Impossible you say? Well, let me tell you a story that comes to me from such an authentic source that I have no hesitancy in printing it. Katharine Hepburn visited Rouben Mamoulian and asked him if she could play an extra in the Garbo picture. Mamoulian agreed and the story goes that Katharine the Great, herself, under another name, will be a part of the atmosphere in the Garbo picture. Why is she doing it? Well, maybe she's a Garbo fan too.

I suppose that would be Queen Christina that Louella Parsons is referring to. Maybe she should have hesitated.

I bet these reporters, who only seem to take Hepburn about as seriously as she takes herself after just the first film, each found time to nod their heads in agreement at the "Box Office Poison" reports of later in the 1930's.

It came out pretty well for Hepburn in the end though, a star who need not be compared to any other. 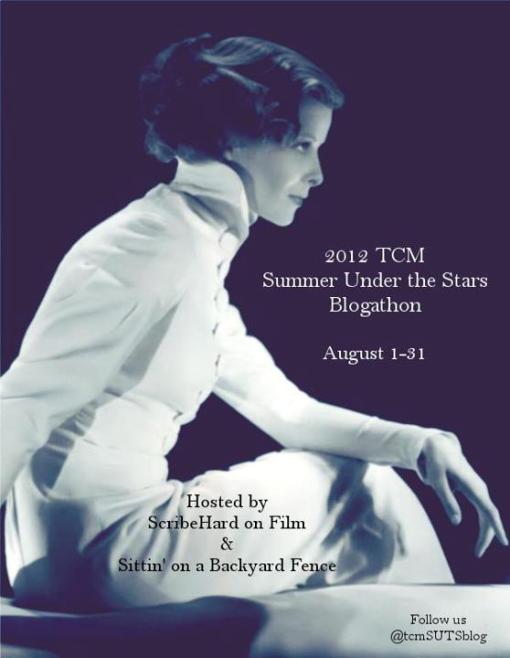 Katharine Hepburn day on TCM's Summer Under the Stars features all three of her 1933 releases though unfortunately not her 1932 film debut. Four of her films with Spencer Tracy span 25 years between 2:30 pm and 10 pm. Toss in one of the crowning achievements of screwball comedy and another in historical drama and you've got a far from perfect but nonetheless strong 24 hours of Hepburn movies! 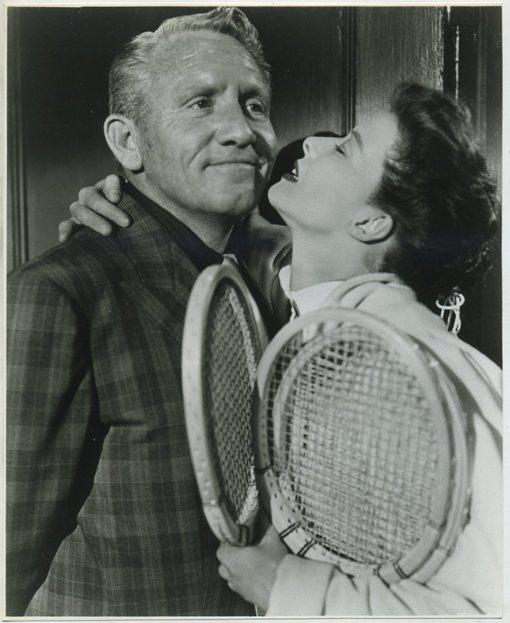