You are here: Home / News - Notes / Slow to be Recognized – Sidney Poitier in the 1950s Newspapers

I thought race might make period newspaper coverage of Sidney Poitier all the more interesting. I was surprised to find out that the opposite was true.

It seems the newspapers got around the issue by ignoring Poitier for as long as they could. Sure, he was mentioned when appearing in a role, usually as something along the lines of "fine Negro actor," but unlike the other stars we have looked at so far there were no interviews; no special promotion from a favored columnist; no biographical features.

The coverage seems to finally give Poitier a little more personality beginning about 1957. They couldn't ignore him any longer.

All of the quotes and "clippings" that follow were discovered through "The
World's Largest Newspaper Archive," NewspaperArchive.com

The website offers excellent search options which I put to a little different use this time around. I searched for "Sidney Poitier" as an Exact Phrase going year by year from the beginning of his first national press coverage in 1950 (ie: 1949 and earlier revealed exactly 0 results). Those results really revealed why I could find barely anything of interest regarding the early Poitier.

Each year is listed below with a number following. That number is the number of Search Results called up inside the Newspaper Archive within that specific year. One by one these numbers don't mean anything, but putting them together over a period of years is really eye-opening in showing how the national media covered Sidney Poitier.

I was doing a hard search for information for the 1950's so I've added in parenthesis the projects Poitier was garnering most coverage for throughout each year.

* For the sake of comparison I ran an exact search for "Blackboard Jungle" for 1955 as well: 2,680 results. Keep in mind this also includes advertising, though those would largely be ads without Poitier's name

I stopped seeking information in 1960 but did run a search over the next decade just to see how the coverage continued. Look at what happens in 1964, the year that Poitier won the Academy Award for Best Actor for his performance in Lilies in the Field (1963).

Following is some of the fifties coverage mentioned above. It is not as exciting or revealing as some of the other info I've dug up so far this month. But as the numbers above go to show I think this is one star where we really have to read between the lines to best comprehend how the media chose to promote him.

A Million to One

Is the chance writer Bob Considine gives the "terrifying lot" of boys from "Metro's sizzling" Blackboard Jungle. Among the "million to one shots, cinemawise" is "Sidney Poitier, who gives an Academy Award performance in the picture." He "had played in Cry, The Beloved Country, but little else."

William Ewald in his "Channel Swim" column of December 12, 1955 reports:

Sidney Poitier, who won an award last week for his acting in Philco Playhouse's "A Man is 10 Feet Tall," has been signed to do the movie version in New York.

The award was a Sylvania and the film would be 1957's Edge of the City starring Poitier and John Cassavetes.

Dorothy Kilgallen reports in her column of July 18, 1957:

Warner Brothers are receiving a flood of letters of protests from the South because of a scene in "Band of Angels" Negro actor Sidney Poitier is shown slapping Yvonne de Carlo. It's an ironical situation because the movie company used Yvonne to play a Negress--opposite Clark Gable--in an effort to avoid offending Southerners.

An Uproar for Goldwyn

Sidney Poitier just signed as the male lead in "Porgy and Bess," has thrown Samuel Goldwyn's staff into a state of shock by announcing he wants to get out of making the picture. He's decided the Gershwin classic is "anti-Negro" and his handlers fear they won't be able to persuade him to change his mind.

Poitier would star in Goldwyn's Porgy and Bess, the completed film opening in mid-1959.

Besides the occasional Dorothy Kilgallen mention mainstream press coverage of the 1950's didn't go beyond glowing movie reviews. It took Poitier's Oscar nomination for The Defiant Ones (1958) for press coverage to really expand and most of that was shared with co-star and fellow nominee Tony Curtis.

It wasn't until Lorraine Hansberry's A Raisin in the Sun that Poitier's own voice was heard regularly in the U.S. dailies.

Poitier starred in Raisin on Broadway in 1959, then left that production to star in the film which was released in 1961. Unlike the other actors covered so far in this Summer Under the Stars series, Poitier does not talk about himself. He talks about his race and to a lesser extent, craft.

Poitier Lauds A Raisin in the Sun

An AP article about A Raisin in the Sun's opening night on Broadway declared that "The Best Opening Night Drama Is Not on Stage."

It reports that when the crowd cried "author, author!" at the end of the performance star Sidney Poitier "vaulted over the footlights" to bring playwright Lorraine Hansberry to the stage.

"No influence of claque or clan could ever match the sincerity of that ovation. A hit was born and everyone in the house knew it."

About a year later UPI reporter Vernon Scott captured several quotes from Poitier about A Raisin in the Sun, which was then being filmed by Columbia Pictures.

For the first time Negroes are appearing in a play that was written by a Negro who understands out people.

Portrayal of Negro life in America since 1900 has been restricted to stereotypes. White writers always have considered members of my race as semi literate. Therefore they placed them in positions of servitude. Frequently they were placed in stories where racial identification was the only reason for appearing in a film or play.

"No other playwright has come within a thousand miles of depicting Negroes so accurately," Poitier said of Hansberry.

The character I play wants a feeling of acceptance and belonging. He is no different from any other American living by the dollar value. The play and movie transcend Negroness. 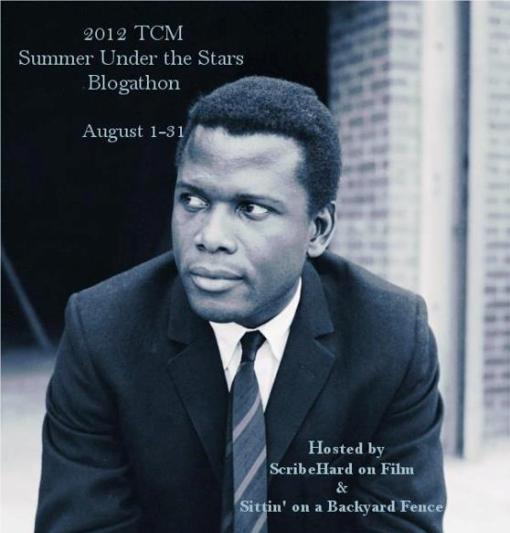