I haven't seen these before, nor could I discover anything about them beyond any info gleaned from the cards themselves. But it sure is a pretty set! 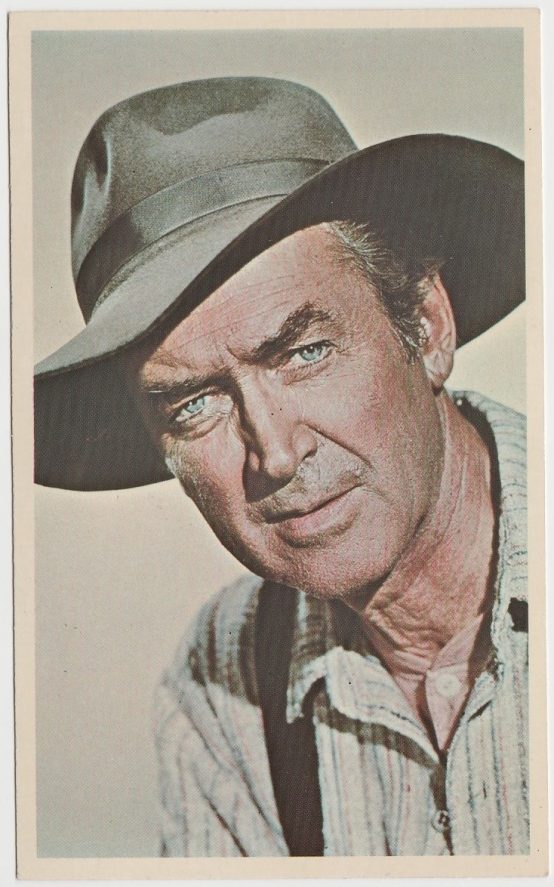 I acquired 22 different cards—both sides of all 22 are shown in the gallery below.

Sharp and colorful images, though not real photo cards.

The entire front is taken up by a movie scene (with white border surrounding), while the back is filled with text about the star and film. At the top on back is the star's name, the name of the film, and then note of it being a "Universal Picture" or "Universal Release." 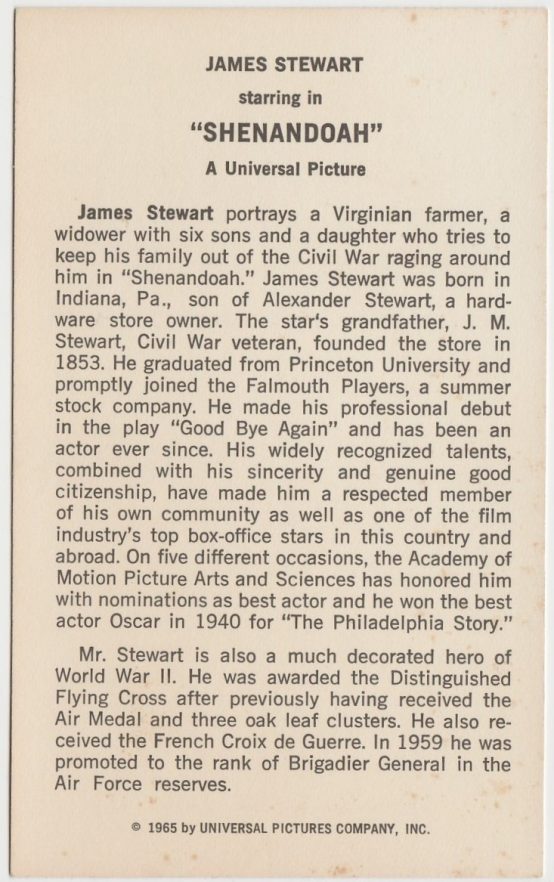 Every card is in promotion of a film released by or through Universal with copyright dates of 1963-65, but mostly 1965.

Just click on any image to open to full size and from there you can scroll through the entire set. A text checklist follows the gallery.

Note: Listed alphabetical by last name of star; if more than one star is pictured, I simply used the first name listed on back of the card. 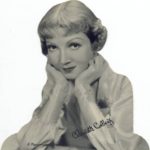 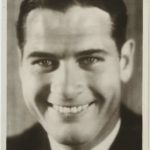 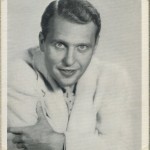