You are here: Home / Archives for Comedies

There’s a lot to like here for Edward G. Robinson fans who get to see their hero play both the milquetoast “Jonesy” and gangster “Killer” Mannion—sometimes in the same scene!

International House, billed in its day as The Grand Hotel of comedy, found Eddie Sutherland directing a cast headed by W.C. Fields, Burns and Allen, and Bela Lugosi, with top bill actually going to socialite Peggy Hopkins Joyce in what was the final film of her sporadic movie career.  The films’ everyman is played by […] 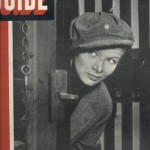 I love “Sullivan’s Travels,” I really do. The 1941 Paramount release from Preston Sturges starring Joel McCrea and Veronica Lake certainly has held up well over the years, growing in legend as each new generation discovers it.. 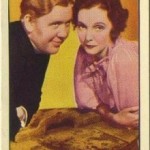 A brief review after I sat down and watched The Young in Heart starring Janet Gaynor and Douglas Fairbanks, Jr. A charming look at a potentially ghoulish family of con artists.