Issued out of Great Britain.

The reverse side notes that the cards were produced "By permission of the author and with acknowledgments to First National Film Distributors, Ltd."

The First National credit would seem to indicate that this tobacco card set is a movie tie-in.

While I waver some from card to card upon whether B. Morris' Captain Peter Blood looks at all like Errol Flynn there are definitely some similarities to the film characters as depicted in the card set. B. Morris' Arabella definitely shows resemblance to Olivia de Havilland; Jeremy Pitt is the spitting image of Ross Alexander in the film, as is Lord Willoughby of Henry Stephenson.

The following gallery shows off the entire 1937 B. Morris & Sons Captain Blood set of tobacco cards.

Just click on any image to open to full size and from there you can scroll through each card in the gallery. Text checklist follows below. 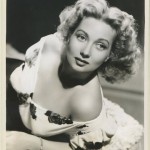