Forbes and Mitchell in their American Tobacco Cards indicate the 50 cards checklisted below as Type T83-1A.

All have backs advertising Eygptian Prettiest Cigarettes and were issued by Schinasi Brothers of New York.

T83-1B consists of unnamed Mack Sennett Bathing Beauties with similar backs (minus the biographies) and no captions on front. Some include the words/terms "Mack Sennett," "Mack Sennett Comedies," or "M.B.S. Co." in white lettering inside the photo area. Finally there is also a set of 100 cards with the ACC designation T83-2 which mimics the checklist of the T85 series and includes only the star's biography on back along with the card number and a factory acknowledgment.

* Incorrectly spelled "Nillson" on card
** According to Forbes & Mitchell cards only reported in Canadian issue of set.

Thanks to those who wrote to point out Barbara Stanwyck's … END_OF_DOCUMENT_TOKEN_TO_BE_REPLACED 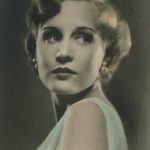 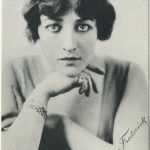 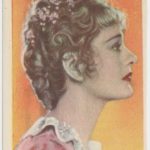 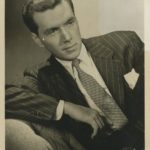