Susan M. Kelly is a freelance writer who has parlayed a love of literature and a way with words into a career as a professional wordsmith.

Having received her B.A. in English from The College of Saint Elizabeth in Convent Station, New Jersey, she ventured into the public relations/marketing field, where she worked for the next decade. During this time, she learned to produce everything from newsletters and press releases to annual reports and ad copy. She also had several pieces appear in local newspapers, including four “Opinion Shaper” columns in the Morristown Daily Record which were ghostwritten for Sister Jacqueline Burns, then president of The College of Saint Elizabeth.

After honing her craft in the field, she moved out on her own as a freelancer and quickly garnered a variety of clients ranging from small businesses to the NJ AAA. Her work for the AAA included the production of a children’s newsletter “The Navigator”, which made learning geography fun for third, fourth and fifth graders.

In recent years, she has flexed her creative wings to include writing for the web and touching on a variety of subjects which reflect her many interests. She has done everything from creating web text, to blogging and producing text for business websites. A lifelong love of baseball led her to become a regular contributor at several sites, including KCMets.com and MVN.com, where she had regular weekly blogs covering the ins and outs of major league baseball as well as her beloved New York Mets.

For an example of Susan's writing in a completely different area, check out this
site: MBV Engineering, Inc.

Throughout the course of her more than twelve year freelance career, she has also continued her interest in creative writing, including producing greeting card verse and writing short fiction, some of which has appeared in the literary journal “The First Line”.

Writing biographies of classic movie stars for Immortal Ephemera has been a breath of fresh air and continues to be one of her favorite jobs – and easily one of the most interesting!

She works out of her home office in Dunellen, NJ and can be contacted at: [email protected]. 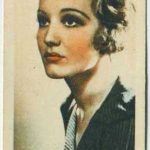