A copy of Daphne Du Maurier’s Rebecca had been lying about forever, but it took a book of her short stories to spark my interest in that famed novel. I was drawn to the NYRB Du Maurier collection by another Hitchcock directed title, The Birds (very different from the film), but hooked by the title story, Don’t Look Now (another movie I now must see). I sandwiched a couple of unrelated titles between Du Maurier books before finally settling into Rebecca.

As the foreword to the story collection had warned, Du Maurier’s stories are different from her novels—darker with less tidy endings—and that held up in my small sampling. Like the movie, it takes awhile for action to boil in Rebecca the novel, but Du Maurier’s writing, especially her handling of characters and setting, is masterful along the way to the more shocking bits. I had seen the movie once, a good decade ago, but I was still able to be surprised by several twists and turns in the last quarter of the book.

With good reason, it turns out.

I returned to Manderley in its screen adaptation a few days after I finished my reading, and I found myself of two minds: it may be a little long up front, though the character development is strong (similar to the book and more necessary to the non-reader), and, more certainly, the last half hour of the film could have easily been extended an extra fifteen to thirty minutes.

After thoroughly distilling Du Maurier's and Manderley’s world to the screen, the final half hour of the film combines multiple episodes from the book into one, while also cheapening the suspense by altering the title character’s misfortune in a very important though necessary way. Yes, blame the Hays Office for this, courtesy of their insistence upon either a natural death or a just punishment for the murderer, both of which would lead to worse solutions than the one suggested by producer David O. Selznick, who at one point wrote the following to director Alfred Hitchcock:

“Readers of a dearly loved book will forgive omissions if there is an obvious reason for them; but very properly, they will not forgive substitutions.”

But there would have been no 1940 film without this major substitution.

Personal stray observations to that point had to do with the cast. As I mentioned, I’d been away from this film for awhile, so I was surprised to see Judith Anderson playing the role Agnes Moorehead had portrayed in my mind as I read—of course, Mercury Player Moorehead was a year away from her film debut in a little something titled Citizen Kane, so that idea, while fitting like a glove, was really just ignorance on my part. I was pleasantly surprised when bounder George Sanders bounded through a Manderley window to begin a small but key role that had gone uncast in my mind’s eye, but that Selznick had made more than right with this perfect choice.

The book improved my established opinion of Joan Fontaine’s take on the lead character, the second Mrs. De Winter. I’ve always been partial to sister Olivia (who was under strong consideration), largely due to what I perceived as lily-livered performances such as this from the younger sibling (that said, I do love Fontaine in The Constant Nymph). What surprised me even before I returned to the movie was my dislike of Du Maurier’s saccharine young lady of Manderley, who I often hoped would show a bit more backbone. This is either a sign of our own times or my own lack of social standing, but how could a character so perfectly refined by her creator be so specifically unrefined throughout the novel? Inexperienced, yes, but the narrator had more than enough breeding to navigate the world she found herself in. The thought ‘daddy issues’ often occurred during my reading, and these probably get pushed a bit too far in both book and film. Point stated, our narrator’s fragility does pay off when she finally stands up to Mrs. Danvers, a gripping scene that I actually thought played better on screen than on the page. As far as the narrator’s subservience to husband Maxim, well, that course is more clearly corrected at the novel’s open than it ever is in the movie, where she is perhaps elevated, but still a bit overdoting by the end.

I love that the film followed Du Maurier’s lead by never showing the title character. In his correspondence Selznick requests that Du Maurier be told the part would not be cast, though he sounded a little less sure about Rebecca either being heard or perhaps shown in silhouette. Keeping her invisible seems an obvious choice from reading the book, and maybe it was obvious, but I couldn’t help that feel on more than one occasion a lesser film would have had fog roll over a few scenes before flashing back to celebrate some of Rebecca’s finer (and less finer) points. This is especially true when Olivier’s Maxim comes clean, but Hitchcock’s film simply passes over Rebecca’s divan and follows the path she took on her way to her end. This was a high point, after which I became gradually disappointed as I saw how elements of Du Maurier’s story were condensed, combined, and, worst of all, altered. The film emerges as a shorthand version of the novel robbed of some of its original tension with that one little change that entirely altered Maxim’s character.

Olivier is at his best during that previously mentioned confession and again shortly after in the courtroom scene, where his performance enhances Maxim’s subtler flashes of temper that seemed to unnerve the neurotic narrator more than the reader of the book. Olivier's Maxim, on the other hand, shocks with an electricity that raises the stakes of this scene on screen, even if any legal consequences looming over Maxim seem contrived on film as compared to the book. 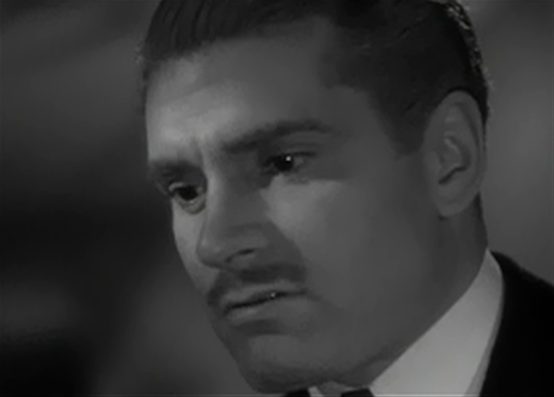 Finally, the ending, which is the beginning of both the book and the film, is a major score for the movie. When I came to the end of the book, I had to reread the final chapter to be sure of what had happened—no need to rewind the movie though, it is crystal clear and provides stage legend Judith Anderson with the iconic scene of the Hollywood portion of her career. Initially, I balked at the scene leading to this final shot, which separates Fontaine from Olivier, leaving him to return to Manderley with faithful assistant Frank (Reginald Denny) riding beside him. Why would they separate our two leads at this crucial point in the story I wondered, but then, as Maxim begins to worry that something is not quite right, I got it. Far more tension to place Fontaine’s character in potential jeopardy back on Manderley’s grounds while Mrs. Danvers goes about her final episode.

Immersive experiences such as this are why I find myself attracted to films adapted from fiction. Up until now, Rebecca was just another Best Picture to me, and one that didn’t really live up to the Award in my view. While competition was stiff that Oscar season, I can better understand Rebecca’s selection after spending several nights with these characters on the page before returning to the movie. The book is superior, but the film is now something more than it was to me and, imagining a semi-shared experience by its contemporary readers and viewers, I can understand why. 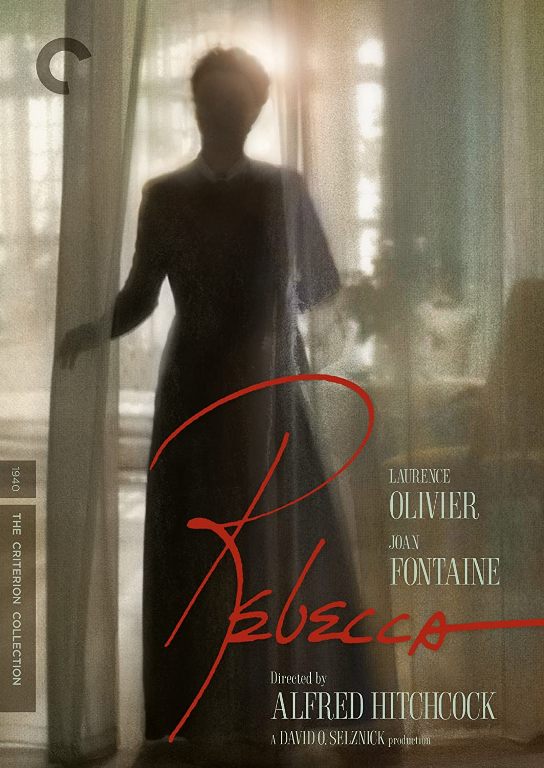 A copy of Daphne Du Maurier’s Rebecca had been lying about forever, but it took a book of her short stories to spark my interest in that famed novel. I was drawn to the NYRB Du Maurier collection by another Hitchcock directed title, The Birds (very different from the film), but hooked by the title story, Don’t Look Now (another movie I now must see). I sandwiched a couple of unrelated titles between Du Maurier books before finally settling into Rebecca. As the foreword to the story collection had warned, Du Maurier’s stories are different from her novels—darker with less…
Rebecca (1940) and My Du Maurier Kick
Rebecca (1940) and My Du Maurier Kick
Cliff Aliperti
Rebecca. A Selznick International Picture. Premiered in Miami, FL, March 21, 1940. 130 minutes. Based on the novel by Daphne Du Maurier. Directed by Alfred Hitchcock. Starring Laurence Olivier, Joan Fontaine, George Sanders, Judith Anderson, Nigel Bruce, Reginald Denny, C. Aubrey Smith, Gladys Cooper, Florence Bates, Melville Cooper, Leo G. Carroll, Leonard Carey, Lumsden Hare, Edward Fielding, Philip Winter, and Forrester Harvey.
IMDb page — Buy at Amazon.com