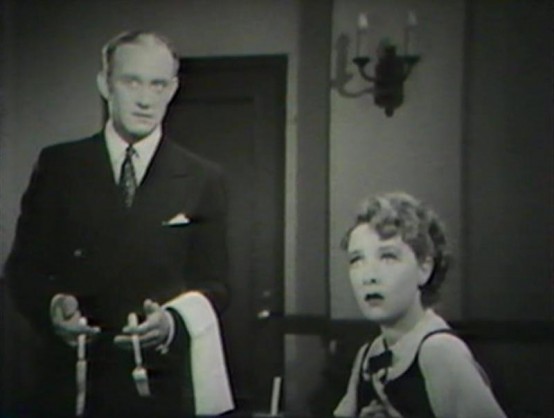 This could have been better with stronger writing, a more skilled director, and, if you really want to get carried away, maybe Bing Crosby in the lead. But it’s a lot of fun anyway, even if it’s a bit sloppy. Maybe because it is.

The entire action of the movie takes place over one day, from the time Bessie Dunn (Helen Twelvetrees) wakes up in the morning, until she knocks off work for the day at six o’clock. Kind of ambitious in that sense.

I love the first scene when Bessie wakes up to the chaos of her sister’s cramped apartment. A few minutes later she’s met off the subway by her boyfriend, Eddie Blake (Joe Morrison), who asked her (again) to marry him the night before and is waiting for her answer. Bessie tries to put him off, but Eddie is impatient: “Listen, baby, if you love a guy you wanna marry him. Do you or don’t you?”

Bessie isn’t sure. Eddie has a lot a talent, but refuses to do anything with it. “I’ve got my voice, ain’t I?” he reassures her, but he won’t do anything with it. This despite the fact that KLR radio station is housed in the same building as the office they work in. Eddie’s adamant that the radio people should come to him, he’s too good to go pandering to them.

Bessie and Eddie work for electrical engineer Stephen Barclay (Conrad Nagel). Barclay’s secretary is out sick that day, so Bessie is chosen to fill in. She’s all nerves and quickly makes a spectacle of herself tripping over an ashtray in Barclay’s office, and then hanging up on a client when Barclay has to leave his desk to retrieve a file Bessie couldn’t find.

After Barclay scolds Bessie, calling her backwards, she breaks into tears. It's his turn to be unnerved. As a peace offering he suggests they order lunch delivered to his office, telling Bessie she can have all of the things she likes best. She thinks on it but a second before saying, “I’d like a lobster, and a chocolate malted milk, and a strawberry sundae.” Barclay looks nauseated by her selection, but nonetheless puts the order through.

Eddie hangs around Bessie’s desk trying to get a word in edgewise, but making no progress. After lunch is carried into Barclay’s office he can longer contain himself, bursting in and telling off the pair of them before quitting: “I wouldn’t work for a guy like you, you society playboy.”

Eddie is fired up and finally decides to throw caution to the wind and ride the elevator up to KLR for their Family Oats audition for amateurs. Bessie and Barclay disappear from the movie for awhile as the action concentrates on Eddie making his way around the radio station and finally performing a couple of songs.

Back in Barclay’s office, Stephen’s wife (Gail Patrick) phones to back out of a weekend in the country. Stephen meets with a client while Bessie is out of his office and decides to make it a working weekend at his country home. He’ll need a secretary, so Bessie gets the invite, but she thinks he’s offering her a private weekend. Bessie seems tortured by her decision until Stephen describes the property. “A big house and it’s quiet?” Bessie repeats after him, obviously thinking back to what she woke up to that morning, and every morning.

After agreeing to go Bessie runs down to the lingerie shop in the lobby, returning with a clearly labelled box that office gossip Hazel (Arline Judge) brings to Eddie’s attention. Eddie responds by asking Hazel to marry him. Bessie tries not to pay any attention to this news, but when she winds up trapped in an elevator with Eddie (and, without their knowing, Stephen's wife) at the end of the work day, he finally has a chance to impress her.

Breaking from the melodramas that she’d been typecast in throughout the early ‘30s, Helen Twelvetrees proves surprisingly effective in what is essentially a screwball comedy role. Her delivery and expressions are excellent throughout, but the lines and actions her character is given aren’t always very good.

Singer Joe Morrison also surprising as a somewhat effective lead, a lighter version of young actors like Eric Linden and William Bakewell, just to name a couple who Twelvetrees had previously worked opposite. Unlike the others Morrison was foremost a singer, and he performs three or four tunes throughout One Hour Late.

Silky-voiced Conrad Nagel is wonderful as straight-man to Twelvetrees, who mistakes him as a romantic interest.

The rest of the cast is filled with familiar faces doing what they do best: Arline Judge as the other woman, even if she is Bessie’s best pal in the office; Toby Wing, in a bigger part than usual, acting the dumb blonde; Gail Patrick as the cheating wife; Patrick's lover is played by Ray Milland. Then there’s Charles Sellon in charge of the office; Ray Walker as Morrison’s singing rival; Eddie Craven as another dopey office worker; even George E. Stone as an elevator operator. 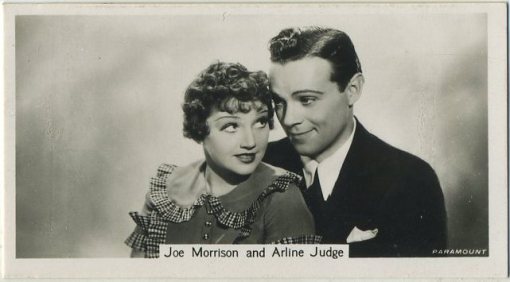