Classic Movie Daily subscribers will find images of Cecil B. DeMille, Pauline Frederick, Marjorie Reynolds, and Olympe Bradna towards the bottom of today's issue, plus a few smaller "birthday" pics at the bottom of this page. Today's mailing also includes clippings of Kenneth Hawks and today's featured TCM star, Robert Mitchum. Plus a new Lightning Review.

Mitchum isn't particularly a favorite, and today's schedule doesn't look to do him any favors by me. I like Rachel and the Stranger (1948 - 11:45 am) best of what I've seen here, but that's not saying much.

—I'll have even less to say about Thursday when TCM goes more modern with Ann-Margret day beginning at 6 am. Details on their mini-site here.

Cliff's Note
—A couple of weeks ago my friend Rick at the Classic Film and TV Cafe asked me if I'd like to contribute a short piece selecting what he called my Mount Rushmore of film directors. I quickly jotted down four names and then let the idea percolate for about a week. It was tougher than it looked. The four selections had to have made their films in America, though not necessarily be American-born. It was easy enough to keep it to my favored era, the real Rushmore being as distant as it is iconic—something that's always been there for us. I tried to pick four influential directors with an output I think of as basically American, who I liked, and who made an impression on the types of movies I watch. I went with D.W. Griffith, King Vidor, Frank Capra, and William Wellman. Thank goodness for Theodore Roosevelt or I would have had a hard time slipping maverick Wellman in there! Number five would have been John Ford, but I let King Vidor edge him out because, frankly, I personally enjoy his movies more. I never really gave Hitchcock consideration because he's a bit too British for me to carve in American stone (I know, Capra wasn't too Italian for me, but at least his movies are very American). Birthday boy DeMille? Like I said, limiting it to four selections was hard, especially when I'm trying to brainstorm a way to squeeze Alf Green or Roy Del Ruth in there. Anyway, I go into a little more detail at the bottom of Rick's post, which also includes his own selections, plus those of The Lady Eve and Annmarie Gatti. Plus there are even more selections in the comments section. Again, The Mount Rushmore of Film Directors post is found here.

—I'm probably going to shortchange the TV section up above for the rest of the week to spend time on a few "Lightning Reviews" of Helen Twelvetrees movies. After poring over the biographical section of my book the past few weeks, I've returned to the film history and review section and noticed that I shortchanged a few titles in first draft. Some entries, mostly the first few I put together, seemed a bit skimpy by comparison as I read them over this time. Since I'm going to have to watch a few of these again anyway, may as well give them the lightning treatment on the site while I'm at it! Beginning today with One Hour Late. 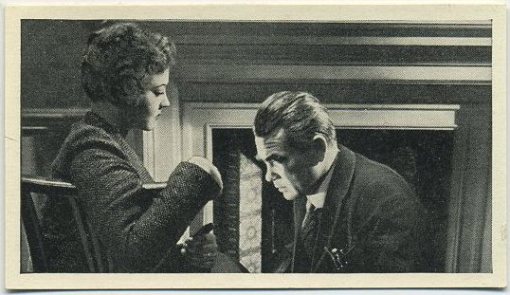 Above: Oskar Homolka with Sylvia Sidney.

More Olivia de Havilland Friday Night Because, hey, you only turn a hundred once, right? Best Star of the Month … END_OF_DOCUMENT_TOKEN_TO_BE_REPLACED