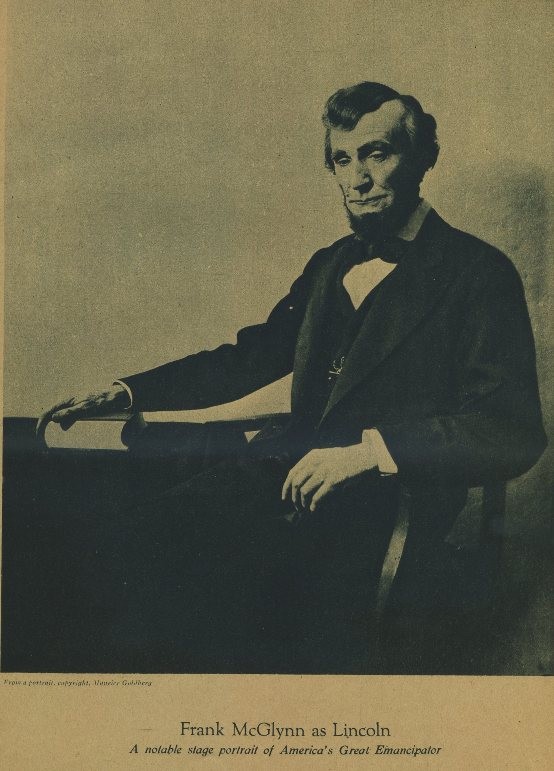 Frank McGlynn Sr. in his most famous role. McGlynn (1966-1951) is pictured above in a portrait from the February 1920 issue of Theatre Magazine, when he played Lincoln in John Drinkwater's play Abraham Lincoln. McGlynn is first credited in the role of Lincoln on screen even earlier than that, in The Life of Abraham Lincoln (1915). He continued playing the part in a 1929 theatrical revival of Drinkwater's play, then over another dozen times in features (including John Ford's The Prisoner of Shark Island) and shorts through 1939.

Below are a few Frank McGlynn clippings sourced through Newspapers.com. Following his 1951 obituary I've scanned the entire 1920 Theatre Magazine article that accompanied the portrait above.

Well, not quite abandoned —

He may have come to the New York stage in 1906, but that 1900 S.F. Call clipping was attached to an article about McGlynn's theatrical engagements at that time.

And now, this runs long, but the complete article "The Man Who Plays Lincoln" by Charlton Andrews, from Theatre Magazine, February 1920, page 88.