You are here: Home / News - Notes / TCM Preview and Recommendations for May 2015 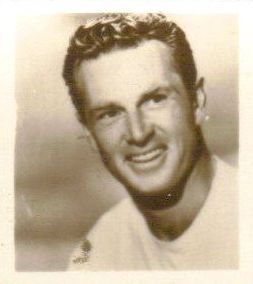 TCM’s Star of the Month for May is Sterling Hayden and the Friday Night Spotlight is on Orson Welles. Strong picks, I like them both a lot, but most of their films are slightly outside our typical period of coverage. Highlights here include "Secretary Stories" on May 1, "Written by Lester Cohen" on May 5, and Jane Murfin day May 28. More on all that in a bit. First up, housekeeping.

In case you missed my Manhattan Melodrama post, the first of this year’s Classic Movie Blog Association blogathons just wrapped up. You’ll find all of the other posts listed on the main CMBA site HERE. I did my best to finish up early on this one (for once) so my post could be included in the eBook version of the Blogathon, which includes about half of the posts. You can pick that up for FREE on Smashwords or for 99¢ on Amazon

Standard subscribers, expect to hear from me a little less this month as I push back to probably 8-10 days between reviews while I finish up work on my coming Helen Twelvetrees book. The Daily will remain Daily.

I recently plugged subscriber Bob Nardone’s Facebook group, Stars of the Silent Movies and Early Talkies, in an edition of Classic Movie Daily, but I also wanted to mention it here, in the main feed. If you’re on Facebook and want a constant stream of pics and info about the same types of movies and stars discussed here, then you’ll want to join Bob’s group.

Okay, enough chit chat. On to my picks and recommendations for TCM’s May schedule:

Pick of the month: I admit Sweepings isn’t the best movie playing on TCM this month, but I’ve probably watched it more than any of the others (excluding some of the Orson Welles titles that I’ve been watching over and over since grade school). I posted about it a couple of Christmases ago, probably a mistake, using the holiday as an excuse to concentrate on the Helen Mack character, who’s a pretty minor figure in the movie, even if she steals every scene that she’s in. There’s a lot more to her in Lester Cohen’s novel, which I recommend—used copies are rare but affordable

Above: Helen Mack in Sweepings.

I love a sweeping saga, even if it does mean we have to put up with Lionel Barrymore trying to look decades younger than he really is for a little while. I especially love a good story about business or a businessman, which Sweepings is on the surface, though deep down it’s about family, fatherhood, and the expectations taken for granted from one generation to the next.

Besides Helen Mack Sweepings boasts an excellent performance from Gregory Ratoff, who has his own complicated relationship with his boss, department store founder and Pardway family patriarch Lionel Barrymore. Gloria Stuart fans will be disappointed, Eric Linden fans slightly less so, but there’s plenty of William Gargan, who plays the eldest son here and actually came back to play the part of the uncle in 1939 remake Three Sons (which plays on TCM immediately after Sweepings). Alan Dinehart plays the uncle in the 1933 movie.

Long for a movie of its era at 80 minutes, it actually isn’t enough time to tell this story as well as it could have been. Those who do pick up the book will be treated to a lengthy prologue that begins with brothers Daniel and Thane as boys, plus a lot more Mamie towards the end of the story. In between are some extra instances of adultery and details of drug addiction that didn't make the movie.

Other movies I’ve either written about and/or recommend … Based on the US schedule, all times Eastern. Days begin and end at 6:00 am.

May 6, 9:45 am -The Asphalt Jungle (1950), the quintessential caper movie and the highlight of any Sterling Hayden program of films.

May 13, 5:45 am - The Tunnel aka Trans-Atlantic Tunnel (1935) starring Richard Dix, Leslie Banks, Madge Evans, D: Maurice Elvey. Interesting early science fiction made in Britain. Includes cameo appearances by Walter Huston as the President of the United States and George Arliss as the Prime Minister of Britain.

May 22, 10:00 pm - The Trial (1963), probably my favorite of the Orson Welles movies playing during TCM’s May Friday Night Spotlight, though I love the better known titles too. Thought I’d include it as it makes a good place to link to my review of My Lunches with Orson. I also love F for Fake (1973), which plays a little later at 1:30 am.

May 26, 6:15 am - God’s Gift to Women (1931), a terrible disappointment starring Frank Fay with Joan Blondell, but a rare opportunity to see Louise Brooks play in a Hollywood-made talkie.

May 28, 6:00 am-8:00 pm - A daytime marathon of movies written by Jane Murfin includes the most eclectic pre-Code choices of May, plus some gems in What Price Hollywood? (1932) and Professional Sweetheart (1933). It will be my first time catching The Life of Vergie Winters (1934), which has been on my want list for awhile.

There is no Star of the Month for June. Instead TCM celebrates “Pin-Up Girls.” I doubt we will.

I’m sure they’ll squeeze some goodies into June, they always do, but I get the feeling most of my picks will be playing between 3:00 am and 8:00 am again.

Kristina beat me this month: May's Classic Movie Guide is up over at the Speakeasy. Be sure to check it out for links to other bloggers and their classic picks for May.