"What Today's Headlines Dare Not Tell!"

There's a slight chance this review will be ready tomorrow, but it's more likely to pop into your inbox on Saturday morning. This one was intended as a quickie, but as supplemental material about the Production Code and the real-life case that the film was based upon (coming tomorrow) go to show, I got sucked in—again.

According to IMDB votes you're much more likely to have seen Western remake Rawhide (1951) than this original from 1935: Rawhide has been voted upon over 1,250 times; Show Them No Mercy has 74 total votes. I watched Rawhide earlier tonight. I like the earlier movie better.

While Rawhide has been available on DVD much longer, access isn't as big an issue with Show Them No Mercy as it can be with some of the other movies I've written about.

of this title. It's a bare bones DVD-R release, similar to what Warner Archive offers, but every bit as worthwhile (Tip: You may want to wait for a sale. I've seen the Fox discs marked as low as $13 in the past).

I'll give you a few more reasons to pick it up within the next day or two. 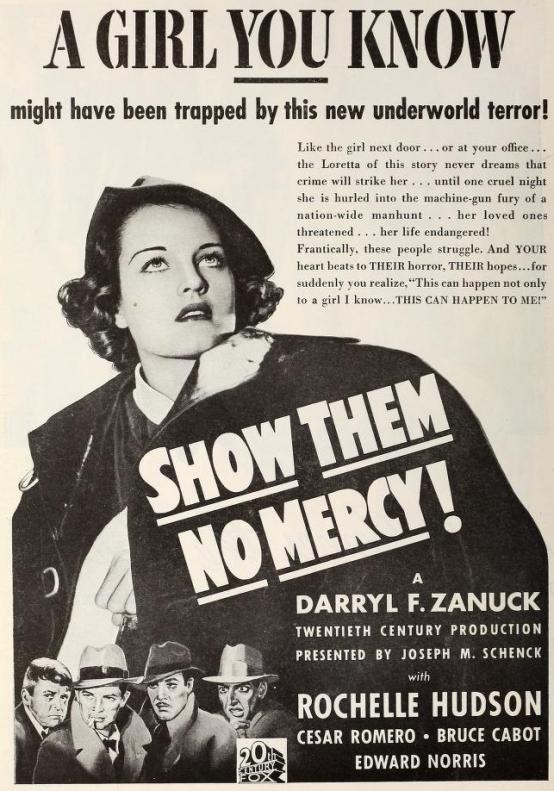