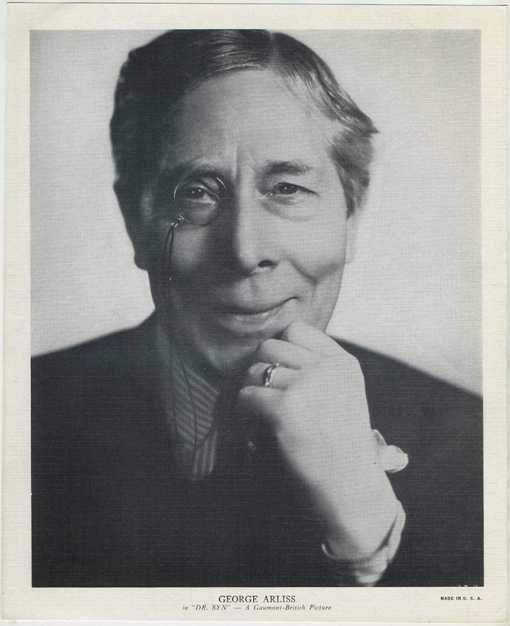 George Arliss, 1868-1946. No star of his era projects on the screen with such an aura of regal respectability. His performances can seem old fashioned, but they are done with such authority that you still believe them. I suspect cinematographers loved to photograph him as he also brings an unusual and interesting face to the screen. The more I've watched Arliss the more I've noticed the lines and sharp angles, not just in the expressions over his face, but his entire head.

I prefer the lighter Arliss myself. Despite registering as screen royalty just by virtue of showing up, the elderly actor can be quite funny. Personal favorites include three in a row he made at Warner Bros. under John G. Adolfi, A Successful Calamity (1932), The King's Vacation, and The Working Man (both 1933), plus a starring role in back in England, Mr. Hobo aka The Guv'nor (1935)