You are here: Home / News - Notes / The Woman from Monte Carlo (1932) for Warren William’s Birthday

I’m pointing to a new post at my Warren William site today. I don’t do this too much—in fact, I haven’t posted to WarrenWilliam.com in about a year—but I do try to write something new for the site around every December 2, as Warren was born on this date in 1894.

This year it’s a review of The Woman from Monte Carlo (1932), so I didn’t think you’d mind this note too much since it is basically the same type of article I usually post in this space (with a little extra Warren-centric spin). You just have to click over to read it. 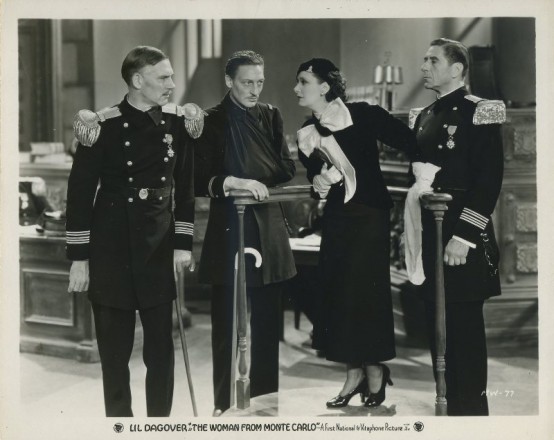 Above: Left to right, Walter Huston, Warren William, Lil Dagover, and Robert Warwick in a still pose that was not used in the movie.

Also, I wanted this to serve as an alert to Turner Classic Movies today, as TCM is playing 5 of Warren’s movies to celebrate his birthday. I had previously covered four of those titles at WarrenWilliam.com, so you'll find all five linked in the mini-schedule below.