I enjoyed Cass Timberlane, but there was something about it I couldn’t quite put my finger on, something that rubbed me wrong about the film.  So I watched it again and I enjoyed it even more despite being able to zero in on its flaw.  Through the first hour George Sidney is verging upon directing a masterpiece small town tale focusing on the relationship between iron-willed Judge Cass Timberlane (Spencer Tracy), he comfortably ensconced in Grand Republic, the wealthy side of town, and the innocent but adventurous young Ginny Marshland (Lana Turner), she from down on Flandrau Street, the other side of the tracks.

During this superb first half of Cass Timberlane we’re treated to the courtship between Cass and Ginny, highlighted by a more adorable than sexy Lana Turner pitching and hitting on the ball field, sentencing the Judge with alternating approving and disapproving expressions after she’s called upon him to be, what else, the umpire.  We meet Cass’s upper crust buddies, characters played by Albert Dekker, John Litel, and John Alexander, along with their ferociously catty wives, respectively played by Mary Astor, Selena Royle, and the softy of the bunch, Josephine Hutchinson.  The beautiful Margaret Lindsay is on the scene as Cass’s ex, though she doesn’t have much to do but keep her chin up as she mourns losing him to Ginny, a shame for us.  Finally there’s lawyer Bradd Criley, a seemingly more appropriate match for Ginny.  Bradd is played by Zachary Scott, who while not quite a scoundrel this time around has managed to build a reputation among the men for latching on a little too closely to other men’s wives. 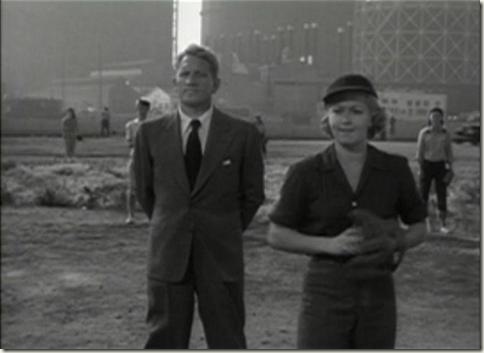 The performances are almost universally understated, with Lana Turner especially exceeding my own expectations.  Unfortunately the story’s conflict is more understated than any of the actors, Tracy included, and therein lies the problem with Cass Timberlane.

Based on a Sinclair Lewis serialization from Cosmopolitan Magazine, at a time when Cosmo carried the writing of many of the top fiction writers of the day, Cass Timberlane is certainly identifiable as hatching from the same mind which brought us Dodsworth.  The May-December element is back in effect and while Lana Turner’s Ginny of the Timberlane adaptation is far more sympathetic and far better acted than Ruth Chatterton’s Fran Dodsworth of 1936’s Dodsworth, the story of the earlier film is so much more developed that it is the far superior film.  The shame of it is that the first half of Cass Timberlane starts with all of the promise of Dodsworth before losing itself in the second half.  Ginny is a toned down Fran Dodsworth, driven by some of the same elements that drive Fran--notably escaping her husband's comfort zone--but more measured in her response to them.  Perhaps too measured.

The first sign of trouble in Cass and Ginny’s relationship comes when the Judge meets with young Jamie Wargate (Tom Drake), son of Litel’s character.  Jamie’s a complicated young man returned from the war to marital problems that he aims to cure through the bottle.  The Judge continues has stance against divorce under most any circumstance which he had first shown us in a courtroom scene at the film’s open.   He suggests to Jamie that while he loves his wife he has too important a place in Grand Republic society to cave into her whim of running off to live in another city.  Jamie then mentions that Ginny had voiced similar hopes of escape to he and his wife, so he knew that Cass was the person to come to for advice since he had a similar domestic situation.  The problem is Ginny has said nothing to Cass so this comes to a shock to him, a born and bred member of the town who has no plans of ever leaving it.

While Ginny’s desires to flee Grand Republic for a city far away from Cass’s cronies, the Wargates and the Havocks, do become a more involved part of Cass Timberlane it’s not until it’s too late for her to accept any other alternative then immediate escape.  We’ve skipped from the germ of an idea to it’s attempted execution without any polish on the idea in between.

Similarly sprung on us is the blossoming relationship between Ginny and Cass’s friend Bradd.  They begin as a happy triumvirate, and Cass finds nothing wrong with allowing Bradd to teach Ginny how to fly—why should he, it’s a desire she expressed to him on screen during one of their earliest meetings.  We’re first aware of Cass’s suspicions when Ginny mentions that Bradd wants her to try out for their club’s rendering of The Barretts of Wimpole Street.  Cass happily grants his approval but once Ginny adds that Bradd’s also going to try out, Tracy’s smile fades and he remarks that “Bradd’s a very good actor,” a comment which stands as is to Ginny, whose back is turned to Cass, but takes on double meaning for the viewer who can see the happiness drain from his face.  He silently watches them rehearse a love scene in front of all of their friends, the camera passing over each of their worried faces as the familiar material leads towards Bradd’s Browning’s kiss of Ginny’s Elizabeth Barrett.  Just before Cass is forced to see this Dekker’s Havock interupts Bradd with his congratulations on his performance, cutting the scene and clipping the kiss.  Immediately after Havock dispatches Bradd to New York and later than same night Judge Timberlane himself arranges a polite confrontation with Bradd to put the brakes on his pursuit of Ginny.

The entire Ginny-Bradd flirtation feels like a spark ignited to a fireball.  Something is missing, in my mind two or three scenes building their innocent flirtation into something more.  There’s a perfect opportunity that finds Bradd and Ginny flying together through fog when a forced landing in Minneapolis is suggested.  This scene might have provided more background for both the tension between Ginny and Bradd and Ginny’s desire to escape Grand Rapids for a bigger city, especially one which had been specifically mentioned earlier on.  As played it enhances Ginny’s character with a strength in the present moment that is too quickly weakened later on.  I can appreciate being surprised along with Cass at his first suspicions of Bradd, but then I was surprised yet again by Cass’s sudden leap to action in meeting with Bradd after the Barretts rehearsal.  He nipped it in the bud, yes, but it felt overplayed because the bud had even yet to develop. 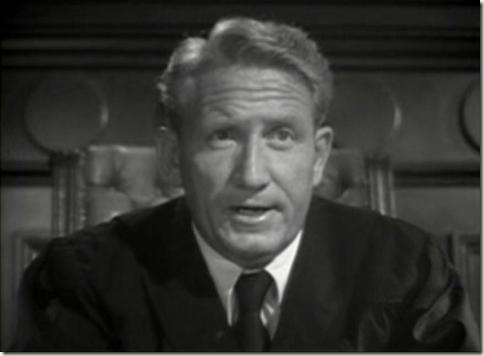 In the final quarter of Cass Timberlane, set largely in New York, our formerly subtle characters begin to each feel like an exaggeration of the utterly normal people we’d come to know and more importantly, like.  Ginny’s spirit of adventure turns into a stubborn effort to avoid returning to Grand Republic whether it’s with Cass or without him and Cass’s iron-will creates a rather mean-spirited departure from both the big City and Ginny.  Both characters are almost caricatures of themselves at this point and despite the warnings their behavior felt like it came out of nowhere.  The normal people I’d grown to like so much just because they were so very real disappear in a flash in favor of overblown dramatics.

More fully developed throughout the entire run of the picture are the dynamics between Cass and his lifelong Grand Rapids friends.  They are somewhat of a single entity, perhaps with the exception of Josephine Hutchinson’s character.  Otherwise all are excellent playing their piece of this group, but none distinguish themselves as any more worthwhile than the others, Mary Astor included.  Ginny’s placement among them allows us to see just how shallow they are while an intriguing subplot centering around Albert Dekker’s Havock and John Litel’s Wargate attempting to escape trial for some form of war profiteering further exposes their friendship to Cass as one of convenience.  Cass’s relationship with his friends is the one element of his conflict with Ginny which is allowed to develop at the proper pace throughout but it becomes overshadowed by the lesser developed though granted much more directly personal troubles of their marriage.

The film runs a hair under two hours but probably needed two and a half to fill in the holes properly and retain the overall excellence of the first hour.  Skipping the set-up not only hurts the storyline as a whole but it more specifically rushes the ending and likely makes the final quarter of the film seem much more exaggerated than it would have been had Sidney showed us the cards being set up to fall.