A chance encounter with the following 110-year-old piece of paper offered excuse enough to continue my February 2014 tribute to Shirley Temple:

I didn’t give much thought to discarding this damaged image of “Katherine” found hanging from the inside of an August 1904 issue of Burr McIntosh Monthly, but found myself scrambling to rescue it after reading through the mini-biographies that described the portrait subjects from inside that issue:

While Sara Haden is rumored to have played juvenile roles in some of her mother’s plays, she did not come into her own as an actress until she was 21. She then spent most of the 1920s on Broadway where she remained until making her Hollywood debut in Spitfire in 1934.

I recall Sara Haden best as Andy Hardy’s Aunt Milly in her fourteen Hardy family appearances at MGM, but her time spent working alongside Mickey Rooney and company garnered only brief mention when Haden’s career was recalled at the time of her death in 1981. The following headline from The Miami News sums up how Sara Haden was best remembered:

Granted, the story ran with a larger than expected photo of Haden aligned left just under the headline, so there could be no confusion as to just exactly who this big meanie was.

Haden appeared in two Fox titles featuring Shirley Temple in 1936, Captain January, where she made the reputation recalled in that headline, and Poor Little Rich Girl, in which she’s strict, though not truly mean, as Shirley’s governess.

Dead or alive? Only these extras seemed to care.

Poor Little Rich Girl provides a moment of vengeance to Shirley Temple fans in disposing of Miss Haden’s Collins in a violent car wreck. That accident may or may not have killed the character but certainly was the inciting incident in leading Shirley to a lot of fun alongside Alice Faye and Jack Haley. Sara Haden makes an early exit in Poor Little Rich Girl leaving Shirley and viewers to worry far more about the devious intentions of the seemingly always devious John Wray. 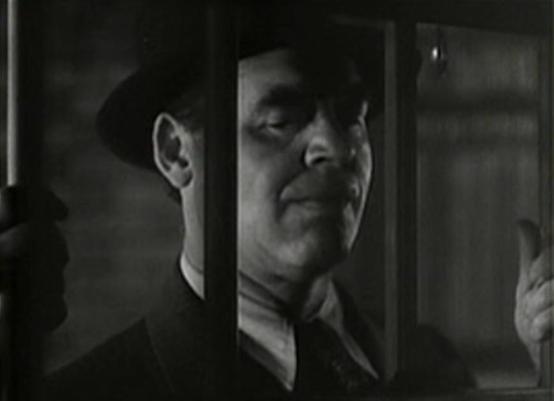 It was the earlier movie, Captain January, that launched Sara Haden as the ultimate sourpuss or at least caused her to be remembered that way as many as forty-five years later.

Miss Morgan appears just after Star has finished a bit of song and dance along the docks with Buddy Ebsen's unemployed sailor, who instructs Star in the art of how to “spit a curve in the wind” as the disagreeable woman enters the scene. After a decent sassing from Star and an inquisition revealing Captain January as Star’s guardian, Miss Morgan decides that the little girl isn’t being raised properly and that she has the power to remedy the situation. Star and the Captain, with an assist from Captain Nazro (Slim Summerville), foil Miss Morgan’s plan to place Star in an orphanage after she aces a school examination that was supposed to prove her ignorant upbringing. But Miss Morgan won't give up and when Captain January loses his position at the lighthouse she pounces on the opportunity to take Star away from him.

Obviously Star and the Captain win in the end, this is after all a Shirley Temple movie, but Miss Morgan unfortunately just recedes into the background with barely a whimper once she is defeated. Just to be spiteful she does threaten the schoolteacher's (June Lang) job before she goes, but that doesn't seem to concern anybody all too much.

Her obituaries included note of Haden remembering that children shunned her because of her villainy in Captain January. "Even my own nephew looks at me with baleful eyes," Haden said. Perhaps she should have threatened him with a visit from John Wray:

The most terrifying moment of Poor Little Rich Girl in which John Wray finally catches up to Shirley. At best he's a potential kidnapper, at worst, he's much worse.

Or, probably better, gone the more wholesome route and sent him off to the movies for the latest Hardy entry.