You are here: Home / News - Notes / Handling the Subject of Racism as a Classic Film Blogger

This was originally intended as a reply to Jennythenipper at the bottom of my recent China Seas post, but I didn't want to turn China Seas into a poster-child for racism plus I believed the topic deserved its own space.

I write about the movies I love here which generally limits the topic of discussion to releases from the 1930's and 40's.  The last two pictures I covered, Union Depot (1932) and China Seas (1935), each managed to bring me out of my shell and point a damning finger at them despite my own otherwise overwhelmingly fond attitudes about the films as top shelf entertainment, both yesterday and today.  In her comment Jennythenipper suggested perhaps we ought to put an "R" rating for racism on such films.  While I agree with the sentiment I'd be opposed to doing anything to restrict viewership of movies I love when I feel they're already underappreciated (Jenny's a kindred spirit and I don't believe she meant to take it that far at all, but I'm pushing the idea down a slippery slope to illustrate my own hesitation).

But I do feel a responsibility to point out pervasive racism when I write about my cherished favorites.  In the case of Union Depot I'd be at best a hypocrite and at worst guilty by omission if I were to spend my time singing the praises of the film's diversity without pointing out that it drops its pants every so often to "provide a handful of unpleasant surprises along the way for first time viewers," as I put it.  In China Seas, well, there are the whites and there are Chinese and the difference in their treatment is different and distinct, plus present throughout the entire 90 minutes or so of movie.

But I'm not picking on these movies, the top reason I'm writing about them is because I want them to gain viewership.  At the same time I want people to go in with their eyes open or even know that this just might not be for them at all.  Look, in sticking to the 1930's and 40's practically every film I comment on, unless it's direct purpose is to point out the evils of racism (often even then, elements won't play well today), is very likely going to make fun at one group or another at some point during the picture and sometimes it's going to be far more mean-spirited than at others.  If not, chances are the entire cast will be composed of WASPs, people who look like the originally intended audience. 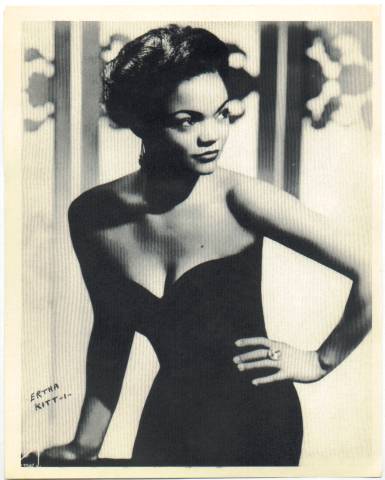 In my Union Depot post I wrote that this was "largely dismissed by today’s classic fans as the fault of the times," but I didn't feel it was the proper place to dwell upon the idea.  This is.  Frankly it largely is the fault of the times--there's no denying things were different in the 30's and 40's, but I also feel that idea throws an entire generation under the bus.  More guilty I believe were the industry and studios themselves in, I'll say it again, dropping their pants with hopes of amusing their intended audience.  Films were hacked apart and changed in city to city across America to fit in with local perceptions anyway, the artists behind these works often conformed up front for the sake of sparing those scissors or beginning with the enforcement of the production code in 1934 by decree.  I don't write this to absolve them of guilt, but to explain what was going on.

I also don't want to write about why older films included racism or any of the other -isms.  Whole books are dedicated to the subject, it's beyond the scope of this site.  But I had hoped to clarify why I specifically brought up the issue in reviews of Union Depot and China Seas, while I certainly have glossed over it in other pictures I've covered but which I can't recall specific examples of as I write this.  That last part of the sentence is why.  It's there, but it's often not memorable in the bigger picture of the film beyond the cringeworthy moment it delivers while it passes across the screen.  In the case of these last two films the slights stuck with me after and I couldn't avoid mentioning them had I wanted to.  As somebody who embraces and promotes classic film I'm more concerned with winning over that first time viewer to a new experience on the screen, but I don't want to cheat to get them there--I want them prepared.

This site is connected with my vintage collectibles business, more than half of which is dealing with movie cards, ephemera, and photos from the Silent Age through the 1950's.  The majority of items I handle picture primarily the major stars of the period, say the top 25-50 actors and actresses of the time they were issued.  Larger issues, sometimes picturing over 200 screen players will include many of our beloved character actors and actresses, but in handling these items for almost ten years now I can say that I can count the items depicting minority players on one hand, maybe both at most.  Sessue Hayakawa and Anna May Wong are well represented over the years, I could put together a pretty good photo post on either of them.  As for African American performers, well I know I have a single premium photo showing Harry Belafonte, I've had one pass through showing Eartha Kitt, and there's one card with Hattie McDaniel and Paul Robeson front and center along with other Showboat cast members, but otherwise I draw a blank.  They illustrate this page, and that's the best I can do.  I could probably post more photos of classic white actors in black face than I could of actors with black faces.

These collectibles were produced to promote the films and stars of the period.  I use them to illustrate my articles here, though lately I've begun to fall in love with the screen capture which allows me greater flexibility and in time will bring more diversity to this site beyond even the spectrum of even minority actors but even for say character actors or anybody else less likely to have been promoted, for example, in a cigarette card set of the era.

I've crafted this post as both a reference point and a conversation starter.  One of the things I love about classic film, especially pre-code era pieces, are the pictures they paint of the past.  Oh, they're just movies and obviously not entirely accurate, but Union Depot is as close as I'm ever going to come to passing through a 1932 train station and mixing with the crowd assembled there.  As a student of history that interests me and I cherish my interactions with Doug Fairbanks, Jr., Joan Blondell and even David Landau's G-Man.  But I won't interrupt coverage to craft a detailed paragraph every time an offensive porter shows up to spit out a line or two.  But when I do mention offensive scenes verging on spoiling an otherwise excellent piece I plan to link back to this post and you can see why I wrote it the way I did and expand on it if you so wish.

So the conversation has started and I'll definitely be around to continue it if you wish to add your two cents:

Note: Throughout February of 2010 KC of Classic Movies has done a remarkable job in covering African Americans in Classic Hollywood.  The linked post is a gateway to the entire series.