Melvyn Edouard Hesselberg was born April 5, 1901 in Macon, Georgia. His father was a Russian-Jewish immigrant and his mother a Protestant from Kentucky whose American lineage traced back to the Mayflower.

When Broadway called it was decided that Melvyn Douglas, Douglas being his maternal grandmother's name, fit the marquee better than Hesselberg. “I have never been absolutely sure there was anti-Semitism behind the manager’s insistence,” Douglas wrote in his posthumously published autobiography, See You at the Movies

Melvyn Douglas enjoyed a long career of many parts. He was a two time Oscar winner, but was past the age of sixty before receiving the first of his three Academy Award nominations. He won a Tony Award at age 59. An Emmy at 67. A Golden Globe at 78.

Long before those accolades, Melvyn Douglas had a long run as a popular leading man during Hollywood’s Golden Age of the 1930s into the ‘40s.

Melvyn Douglas and Joan Crawford in The Shining Hour (1938)

Edouard Hesselberg was a concert pianist and composer, so Melvyn was able to see a good deal of the U.S., Canada, and Europe in his youth while accompanying his parents on various tours. “I dreamed of being a writer or a lawyer,” Melvyn later said, but he rebelled against the notion of his either following his father’s footsteps into music or abiding his mother’s wish that he join the ministry.

Teen-aged Melvyn left home to join the Army and served during the first World War. After the war he caught up with his family in Chicago and took to a series of odd jobs including meter reader for the gas company and hat salesman at Marshall Field’s before advancing to a brief stint as a newspaper reporter. Then he joined William Owen’s local repertory theater group.

“When I was hardly out of my teens I used to have to play a new part every week on the stage in Chicago. They ranged in age from 18 to 70. I took pleasure in going to the theater early and spending hours making myself up to look old and haggard” (Boyle).

Melvyn Hesselberg acted in the mid-West during the 1920s. He settled for two years in Madison, Wisconsin, where he married first wife Rosalind Hightower. In Madison he found a backer for his own troupe, a group which also included Ralph Bellamy and Gale Sondergaard. “I was the Maurice Evans of King Street,” he told a Milwaukee reporter years later (McMillan).

He made his Broadway debut under the name of Melvyn Douglas in 1928 for William A. Brady in Adela Rogers St. Johns’ A Free Soul. He played Ace Wilfong, the part taken by Clark Gable in MGM’s 1931 screen adaptation.

Douglas stayed busy on Broadway appearing in five productions between 1928 and 1930, the last of those being Tonight or Never starring Helen Gahagan. Gahagan was not impressed by the casting choice. “Who is he?” she asked. “No one has ever heard of him. And I can tell by his face he can’t act” (McMillan).

After Douglas secured a divorce from Rosalind he married Helen Gahagan, who appeared in one film, She (1935), but would soon become better known in the world of politics. They had two children and remained married for 49 years until her death in 1980.

Shortly after their marriage Melvyn Douglas was called to Hollywood to make his film debut in an adaptation of Tonight and Never (1931) for Samuel Goldwyn. Melvyn co-starred not with his partner from the stage, Helen Gahagan Douglas, but Gloria Swanson. Supposedly Helen was none too happy over that choice.

With Tonight and Never began a film career that stretched fifty years--with some time away in between--and over seventy films total. Like many Hollywood stars of the period who lived to tell the tale, Melvyn Douglas remembered those earliest years with some bitterness:

I got fed up before the end of 1932. I became a kind of standard-brand, sophisticated tongue-in-cheek drawing-room type.

“I had done a lot in the theater before and I’d thrived on variety. This was very limited” (McMillan).

Looking back as he enjoyed later success as an older character actor, Douglas said, “I have been lucky. There were some dreary, unimaginative years, mostly in Hollywood, but now again life is good” (Lee).

Even later, in 1972, Douglas said, “An actor has much more freedom today than he did when he was under long-term chattel contract to a studio … You were completely at their mercy and had no choice over what you did. That doesn’t exist anymore and I think that’s to the good” (’Melvyn Douglas Comments’).

It was during those dreary, unimaginative years that the Douglases managed to get away from Hollywood for a European vacation. Poor timing. It was 1936 and the couple returned disillusioned by the anti-Semitism they encountered in France and Germany.

When the Second World War broke out Melvyn was initially called upon to serve in a position with the Office of Civilian Defense, but Congressional opposition caused him to reject the job. One year and one day after the bombing of Pearl Harbor the Milwaukee Journal reported that Melvyn had enlisted in the Army as a private. Douglas was assigned to the China-Burma-India sector and had advanced to the rank of major upon completion of his service.

Meanwhile, Helen Gahagan Douglas became more deeply involved in politics. She was elected to the U.S. House of Representatives in 1944 and served three terms before setting her sights on a seat in the U.S. Senate. Her opponent was Richard Nixon. It got ugly. Nixon dubbed Gahagan Douglas “The Pink Lady,” in reference to her politics. She in turn called him “Tricky Dick,” still in common usage long after both politicians have left us.

Nixon won in a landslide and Gahagan Douglas’s political career was at its end, though she remained a voice in opposition to Nixon as late as the Watergate scandal.

Melvyn Douglas had taken his political lumps as well during this time. “I have never regretted the stands I took,” he said at one time. “I’ve always been a strongly anti-Communist liberal” (’Longtime Actor’).

Douglas split time between Hollywood and Broadway for a few years after the war, but eventually wound up avoiding the film studios for nearly twelve years in favor of the stage.

His status rose to a new level in the late 1950s when he took over for Paul Muni in the Clarence Darrow inspired part in Inherit the Wind. That was soon followed by his biggest hit on the stage, The Best Man, for which he won his Tony Award in 1960. 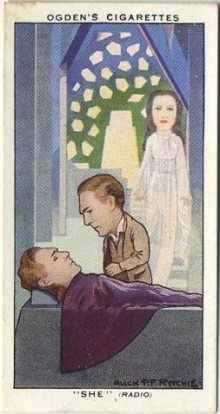 “That opened up a whole area of things,” he said in 1980. “Douglas has been known to play these comedy parts and then he gets too old so they don’t offer him anything much. And then he comes along and makes a big hit in the theater and suddenly they start offering him old lawyers to play. That’s exactly what happened” (McMillan).

He rode his success back to the movies and appeared in Billy Budd (1962) and then Hud (1963). Hud brought Douglas his first Academy Award nomination and award for Best Actor in a Supporting Role in 1964.

Around that time Douglas said that he was enjoying his return to the movies because he was no longer, “under that ghastly contract … I do a picture only because I want to do it, for my own reasons. If it’s a lemon, at least I picked it” (Lee).

About the popular film comedies he appeared in during his first run in Hollywood, Douglas said, “I used to argue against doing so many of them, but I always met the same answer—’They sell’” (Boyle).

“Yes, language, sex, are more explicit now—but what’s wrong with that if it’s the cause of valid drama?”

“What’s so different now? I think those old ‘Andy Hardy’ movies were as close to disguised pornography as anything could be. Not explicit, of course, but highly suggestive as I recall, and just because a bunch of adolescents were doing it didn’t make it less suggestive” (Beck).

A year later he added:

“To assume that everything made then was great is a mistake. A lot of junk was made in the old days.

“Of course, a lot of junk is still being made. But by and large, with the expansion of movie making to every corner of the world, the average of interesting films is better than it used to be” (’Melvyn Douglas Comments’).

The handsome and popular leading man of the 1930s and ‘40s had evolved into an in-demand character actor in his senior years from the 1960s until the time of his death.

He was at the bedside of his wife when she died in June 1980. Melvyn Douglas survived Helen Gahagan Douglas by a little more than a year when he died of pneumonia complicated by a cardiac condition, August 4, 1981, at age 80.

Melvyn Douglas's granddaughter, actress Illeana Douglas, has forged a connection with classic movie fans in recent times through her appearances on Turner Classic Movies and an active presence on social media.