You are here: Home / Movie Reviews / In Brief: Douglas Fairbanks, Jr. Does Impressions in Our Modern Maidens (1929)

Here's a fun one!

From MGM in 1929 comes Our Modern Maidens (1929) "the flaming successor" to Our Dancing Daughters (1929) as the period ad states on this page. Joan Crawford and Anita Page are back from the earlier movie with Douglas Fairbanks, Jr., Rod La Rocque and Josephine Dunn on board as well. 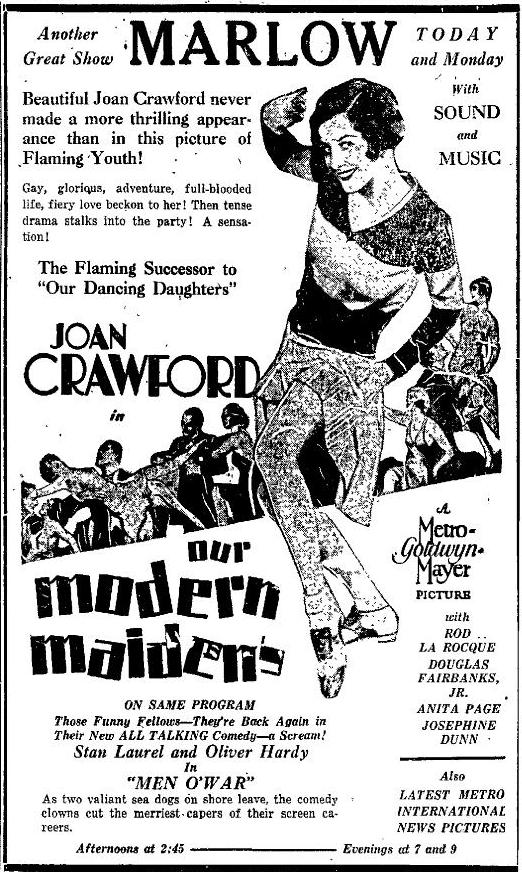 Our Modern Maidens is a silent film with a synchronized soundtrack and sound effects--we get to hear the muffled hub-bub of the kids partying topped off every so often by a rousing cheer, all set to an upbeat soundtrack.

Joan and Doug are a couple--and in real life they married only a few months before this one released--and Joan uses Rod to help out Doug's career. But while Joan is teasing Rod along Anita is falling for Doug and the feeling slowly turns mutual. Feelings are bruised along the way to a wedding before Joan manages to suck it up and be a trooper after the I do's take place.

Fun stuff set from the Jazz Age with gorgeous art deco sets that make you wish for a time machine.

But the takeaway from this one is a set of three impersonations performed by Douglas Fairbanks, Jr. during a wild party.

He sure is. Here's Barrymore as he appears during his first transformation in 1920's Dr. Jekyll and Mr. Hyde:

And here's Doug, Jr. taking on the part: 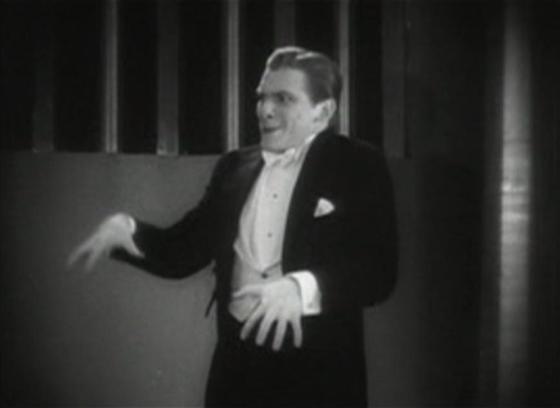 I don't know about you, but I'm already swept up with the kids in the crowd. Do another one, Doug! 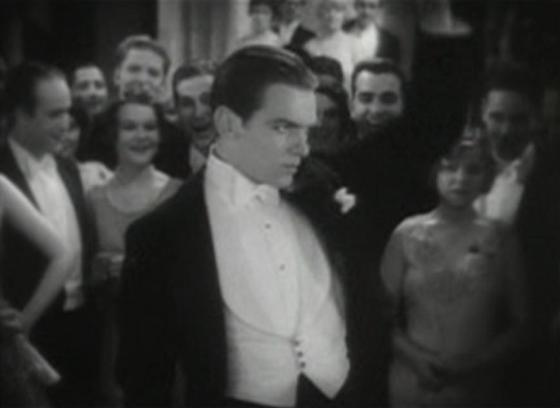 It looks like The Merry Widow (1926) is coming. Quick, let's grab a frame of reference and match up that profile:

She's no Mae Murray, but Fairbanks, Jr. grabs himself a partner and makes do:

He wouldn't dare! Would he? 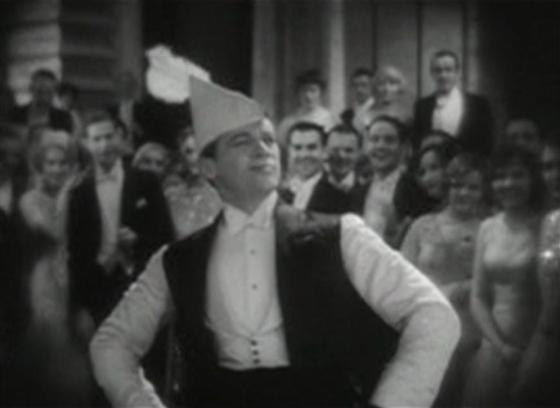 Not only would he, he's the spitting image of his old man in doing so:

Well, Doug, Sr. isn't exactly full of exuberance on that 1920s Exhibit Card, but Junior does nail all of Dad's expressions in his taking on of the part:

Unfortunately the impersonation of his own father is the obvious showstopper. I could have happily been distracted by another dozen likenesses, but with that Douglas Fairbanks, Jr. scoots off to the top of a piano where he sits and laughs along with those he's entertained. Including me.

Excellent acting with a pretty routine, though at times daring, story in Our Modern Maidens. But those few minutes with Douglas Fairbanks, Jr. recalling some of the 1920s most famous film moments makes this one special!

Our Modern Maidens is available as a Made to Order DVD-R direct from Warner Archives HERE. Or you can pick it up at Amazon

through my affiliate link with my gratitude for helping to support the site in doing so.

Turner Classic Movies posted a video clip on their website highlighting the Robin Hood portion of the impersonations:

Why they didn't include the Barrymore or Gilbert impersonations that Fairbanks, Jr. did immediately prior to Robin Hood is beyond me, but you get a very nice taste of Our Modern Maidens through what is shown.

If you don't see the video up above go HERE to see it play on TCM.com. 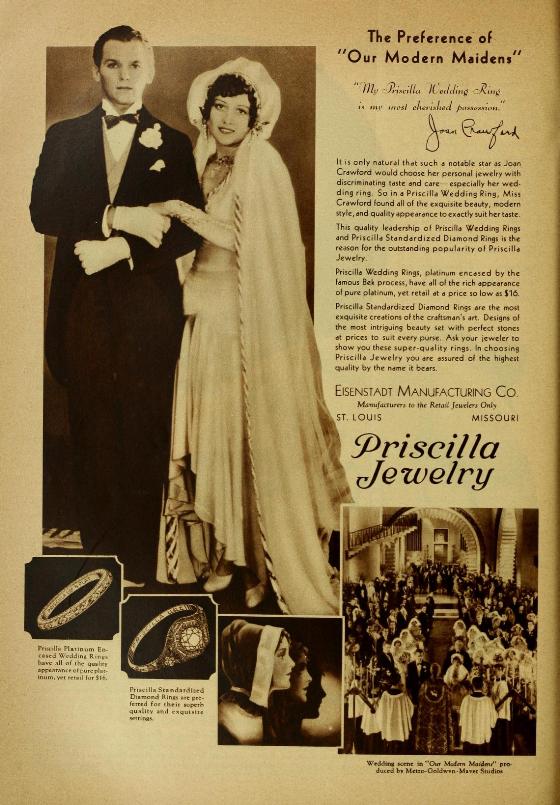 Priscilla Jewelry ad from the November 1929 edition of Photoplay features recently wed Douglas Fairbanks, Jr. and Joan Crawford and declares itself "The Preference of 'Our Modern Maidens'"