Character actress Sara Haden was born Katherine Haden in Galveston, Texas, November 17, 1898. She was the second child of Dr. John Brannum Haden and actress Charlotte Walker. Katherine’s sister Beatrice was born a year ahead of her in New York.

Haden’s mother, Charlotte Walker, was on stage from the turn-of-the-century and scored a major hit in David Belasco’s The Warrens of Virginia in 1907, a production more notable for Gladys Smith's first Broadway appearance as Mary Pickford. 1912’s The Trail of the Lonesome Pine, featuring William S. Hart, is generally referred to as Walker’s most important role, perhaps because she also starred in Cecil B. DeMille’s 1916 film adaptation. Charlotte Walker remained active on stage and screen into the 1930’s.

Walker told an amusing story in 1921 about a critic having savaged her in a review for Call the Doctor in Philadelphia, but the very next night the same reporter had very kind words for another actress. “Probably he didn’t know she was my daughter, for she acts under the name of Sarah Haden” (’Hopes’).

The Hadens divorced in 1902 and daughters Beatrice and Katherine would grow up splitting time between Galveston and the northern cities that their mother toured. In the north Katherine is said to have made her stage debut as a child in one of Walker’s shows at the Belasco Theatre in Washington (’Andy Hardy’s Aunt’).

Sara Haden first reached Broadway, still billed as Katherine, for Walter Hampden’s Shakespearean company by the time she was 21. She appeared in England soon after that and then returned to Broadway where she remained active throughout the 1920s. By the early to middle part of the decade she was billed as either Sarah or Sara Haden. Haden made her screen debut in 1934’s Spitfire starring Katharine Hepburn.

Period articles note that she and Jane Darwell first gained greater notice when appearing in 1934’s The White Parade starring Loretta Young. She played John Qualen’s wife in Black Fury (1935) starring Paul Muni and was Frances Drake’s maid in Mad Love (1935), but it was parts such as Jackie Cooper’s Aunt in O’Shaughnessy’s Boy (1935) and most especially Shirley Temple’s truant officer in Captain January (1935) that threatened to define Sara Haden. 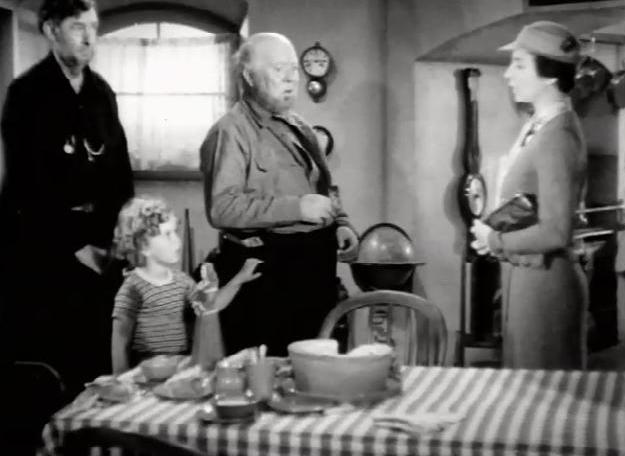 Sara Haden at far right in CAPTAIN JANUARY (1935). Slim Summerville and Guy Kibbee to her left with Shirley Temple

“I am mean in a great variety of fashions,” Haden’s 1981 UPI obituary quotes her as having remarked during her career. “Why it’s getting so that children shun me now,” she continues. “They have all seen Captain January, you see, in which I am so bitter to Shirley Temple.”

Haden debuted as Aunt Milly Forrest in A Family Affair (1937), the first of her fourteen appearances in MGM’s series of Hardy family films.

Milly, as Emily Hardy’s (Fay Holden) little sister, was usually in the background, but she would also alert her brother-in-law, Judge Hardy (Lewis Stone), when more serious matters were afoot. Spinster schoolmarm Milly seemed happily stuck in the Hardy household where she’s treated as an equal family member who accompanies her sister’s family on all of their outings and adventures.

It is in preparation of writing about the sixth entry in the series, The Hardys Ride High (1939), that I wanted to touch upon the life of Miss Haden. In this particular episode her Aunt Milly will feature in a greater capacity than usual as she is finally allowed to show her own feelings, make an attempt at glamor and even enjoy a love interest!

Aunt Milly was played by Betty Ross Clarke in the third and fourth entries of the Hardy series, but Haden was around even before Stone and Holden hooked on with the series and also returned in 1958 for Andy Hardy Comes Home. That final film in the series, made five years after the death of Lewis Stone, brought the remaining Hardy family members back together for the first time in twelve years.

Sara Haden stands in the middle of various Hardys in the series first film, A FAMILY AFFAIR (1937). At left Mickey Rooney, Spring Byington (who'd be replaced by Fay Holden), Cecilia Parker to Haden's right and the back of Julie Haydon's head.

Haden told journalist Erskine Johnson that the return had her feeling “like a Bridey Murphy. It’s almost like being dead and coming back to life.”

Haden had been a very active television performer since the start of the 1950s but her movie roles dwindled towards the middle of the decade and Andy Hardy Comes Home would serve all at once as her return to feature films and her Hollywood swan song. Haden continued to work television guest appearances through 1965. 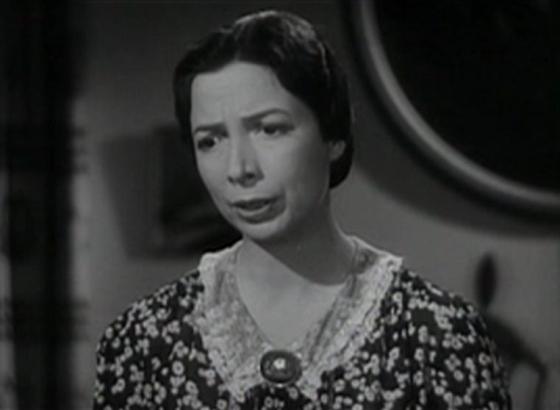 Sara Haden in the second Hardy entry, YOU'RE ONLY YOUNG ONCE (1937)

Sara Haden died of an undisclosed illness September 15, 1981 at the Motion Picture and Television Country House and Hospital in Woodland Hills, California. She had been married to actor Richard Abbott from 1921 through 1948 but the couple never had any children.

Obituaries remembered Haden’s meanies more than they did dear old Aunt Milly. The late actress was typically referred to as the movies’ “mean old grouch” at the top of her obituaries. Even her hometown Galveston Daily News noted her passing with the headline “Isle-born Sara Haden, ‘crabby’ actress, dies.” Sara Haden was 81.