I won't whine this time. TCM just gave us an entire month of Joel McCrea movies in May. July's Star of the Month will be Leslie Howard. The preliminary schedule for Summer Under the Stars in August looks incredible including 24 hour marathons for icons such as Myrna Loy, Ginger Rogers, James Cagney and fantastic treats such as Kay Francis, Freddie Bartholomew (!!) and, gasp, Warren William (!!!!).

So I'm perfectly willing to suck it up and let them have their Teen Idol month.

I won't be watching a single Fabian, Bobby Darin, or even (especially?) Elvis movie as several minor forms of torture seem more pleasing to me than the nightmares any of those may bring, but I'm here with my TCM-alt schedule to put a bold circle around those days and often late nights which best appeal to me. And perhaps you.

10:45 am Saturday mornings continue with TCM's last couple of Boston Blackie movies before transitioning to the Rusty series. Each of these are followed by multiple chapters of Dick Tracy serials.

June 4 is a Rosalind Russell birthday marathon (born 1907) and while I'd prefer all 30's titles I'm going to try to stick to my vow of no complaints and be happy that an actress I like has the day. Besides, not many actresses had the staying power to be featured in a six film marathon stretching over twenty years! Beyond that the latest title is begrudgingly her most iconic. The schedule:

Sick Day for June - Wednesday, June 6. Yes, I'm telling you to call in sick if you can get away with it because TCM runs the best Horror movie marathon I've ever seen them run from 6 am to 8 pm. Heavy on the MGM as usual but with some Universal and Paramount tossed in this time to make it one of their most diverse group of horror offerings I've seen at one time. And they're all 1930's titles! You get:

I really hope they have the rights to all these come Halloween. I mean I love Vincent Price and the Val Lewton movies, but it feels like they show them every year. There's a bit more variety on June 6.

Sunday, June 10 brings what is a TCM annual highlight for many--the 24 hour Judy Garland (born 1922) birthday marathon! It's a long list of movies, so without editorializing, here goes: 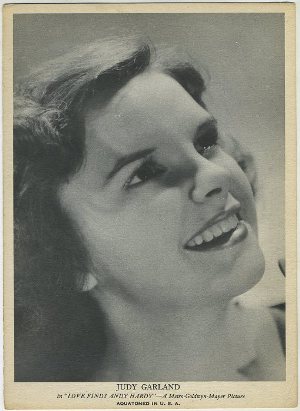 I can't spot the theme for Monday, June 11, if there is one, but I do see lots of old movies I want to watch! That schedule:

Again, not sure if there's a theme there, but am sure my DVR will be working hard on Monday, June 11.

Wow! Warner Brothers sure kept her busy, huh? Especially in 1938!

Wednesday, June 13 shows nine movies featuring Basil Rathbone, born on that date in 1892. I won't suggest another sick day, but whew, if you could maybe wrangle a half day the afternoon is pretty strong here!

Even though we've seen a lot of these before more special attention must be called to the eight movie Errol Flynn birthday marathon playing on TCM Wednesday, June 20. The titles:

Eh, kind of weak for a Flynn day. I'm shocked they skip the opportunity to air The Adventures of Robin Hood (1938) and I'll always stump for both Captain Blood (1935) and Gentleman Jim (1942), two personal favorites. What do you think? Any Flynn missing that you really wanted?

Jumping to Prime Time for but a second, I really like the (almost) completely unrelated double feature beginning at 8 pm on Friday, June 22: Sylvia Sidney in Street Scene (1931) at 8 pm followed by the second Andy Hardy movie, You're Only Young Once (1937) at 9:30 pm. It's the Hardy movie where they vacation at Catalina and though it's the second movie of the long running series it's actually the first appearance for series regulars Lewis Stone, Fay Holden and Ann Rutherford, whose parts were played by other actors in the first film, A Family Affair (1937).

Those are just the first of four movies linked together that evening under the loose banner of "Summertime."

I don't know why Monday, June 25 was chosen, as it's not her birthday, but TCM airs six movies that morning featuring character actress Clara Blandick, best know as Auntie Em in The Wizard of Oz (1939). Which is not one of the six movies--Remember, it airs at 8 pm on June 10 for Judy Garland's birthday. It's bizarre little scheduling quirks like this that really make me love TCM. Somebody thought to string together these movies. Would love to know why even if it was just a whim! 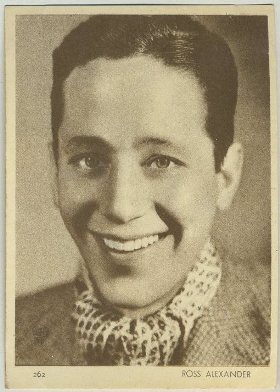 Now that same night, June 25, TCM does it again with a Ross Alexander marathon beginning in Prime Time and running straight through to sun-up!

Ready, Willing and Able was Alexander's final film, released just a couple of months after he took his own life, January 2, 1937.

And I guess we'll end on that downer.

Watch for me on The Cinementals over the next few days as I'll be guest-posting a quickie Crime Doctor guide and my 'Cliff's Picks' column for June. In 'Cliff's Picks' I'll be pointing you to my favorite five or so individual movies airing on TCM in June 2012--there are some major hints as to those choices in the article above!

I'm beginning to find this count somewhat repetitive. I may discontinue the feature next month. The only possible reasons I can see to continue with it are to get a count for the unbalanced Summer Under the Stars schedule for August and to keep the count up for a full calendar year. Time on hand will probably dictate whether I count them up next month or not.

For those unfamiliar with this feature, this is the part of the entry where I open up my TCM Now Playing Guide to tally off every movie TCM shows during the month of May and record the results by decade. You'll find me rooting hard for the 1930's and 40's and holding my nose to big gains from the 1960's and later. I could go either way on the 50's. Here's the May tally:

As usual TCM airs more movies from the 1950's than any other decade in June 2012. The pleasant surprise is that despite Teen Idols being featured this month the 1960's are down, lagging behind the 1930's for the second month in a row.

I've become pretty satisfied with my findings over the six months though and am happy to say that I now see TCM continues to air more movies from the 1930's and 40's than I had expected even if I personally feel the 60's get too much play.

Remember: TCM Star of the Month for July will be Leslie Howard.