For a full introduction to the Harrison's Reports Box Office ranking reports please see the previous post covering the 1934-35 season of films.

These rankings are introduced in Harrison's Reports with the explanation that "more than 500 actual theaters have reported in this check-up." The rankings give a good idea of what films were popular with the audiences ranked not by box office dollars but by reports from actual film exhibitors.

Not as much qualifying information was offered in this report as in the rankings from the previous year. It is still very interesting to see how well certain movies were received. The popularity of Shirley Temple and the Astaire-Rogers pairing is made obvious through these rankings.

"The exhibitor, however, must bear in mind the following: The void created by the death of Will Rogers has not been filled by another actor of the same drawing power. Robert Taylor is not a Fox star, but was merely borrowed for this picture [Private Number], and it is doubtful whether MGM would let him appear in another picture of some other company--the same is true of Freddie Bartholomew [Professional Soldier]; the Dionne babies are placed in the first star rank, because they drew well in their first picture [The Country Doctor], but they do not deserve either such or a second-rank classification for future pictures. Shirley Temple's last picture, Dimples, is not going over very big."

An issue of Harrison's Reports from earlier in 1936 notes a misguided attempt to replace Will Rogers with Irvin S. Cobb.

Reports of the lowest possible ranking (Poor) are surprising for movies better received today including The Murder Man, Woman Wanted and, especially, The Princess Comes Across. Harrison's nationwide poll was wide enough to confirm to each of those three titles as among the poorest box office performers of the season by any studio.

Another interesting facet of the rankings is the sheer volume of movies ranked Poor versus those ranked Excellent. But as I explained in the previous ranking report post, anything above Poor, or at least above Fair, is actually a movie which performed well. Excellent is a rank for the biggest hits of them all; a report of Good still means the movie did quite well.

Clicking on any linked title will bring you to an article or review I've written about that specific movie elsewhere on Immortal Ephemera (or in a couple of cases at WarrenWilliam.com).

Unlike our previous reports I've illustrated the 1935-36 rankings with cards and collectibles from various sets and issues. Most have Gallery/Photo ID Pages. Clicking on any image that does have a Gallery page will bring you there. 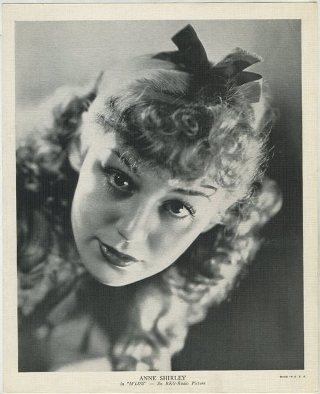 Columbia - The Lone Wolf Returns, Panic on the Air,